I'm Never Giving Up, one of the storylines in Days Gone, is unlocked in Crater Lake region. You do that after completing Keeping Souvenirs (Bounty Hunter) mission. ). This is a series of tasks related to Sarah after her stay in a military camp in Crater Lake.

I Know Things Are Strange

Meet Sarah in the south-east part of the map (no mission markers, only the orange circle is visible on the map). Replenish your ammo before you go there. 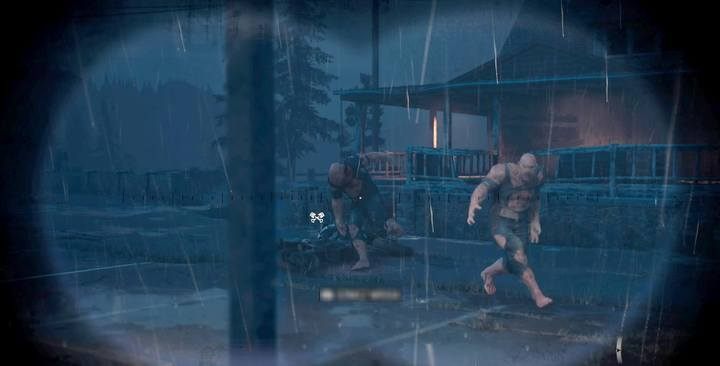 When you get there, you will encounter 3 Breakers. You have a chance to break into the building on the left unnoticed (through the front door).

Go through the door and head immediately to the storage room on the right - you will find yeast. Take them to Sarah's camp. After this mission, you unlock a new one - We Do Not Discriminate (Law and Disorder), I Know The Look (A Good Soldier).

Afraid of a Little Competition?

After you complete I Know The Look (A Good Soldier), you will be contacted by Taylor and then Sarah. The woman orders you to look for supplies in the south-west part of the map.

You will come across Raven nests located on pillars. They are mutated birds that will constantly attack you from the air. They can be eliminated with a single shot. However, others can still leave their nests and come after Deacon - the best way to deal with Ravens is to burn their nests down. 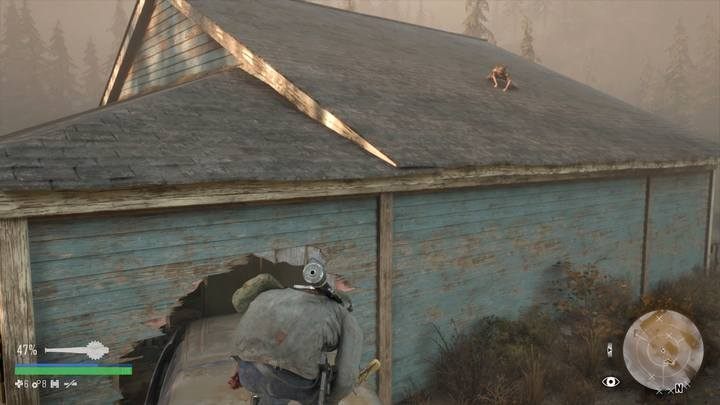 Now, get inside the building - climb the car stuck in the wall, get on the roof, and go through the hole. Inside, you will find several young zombies. The item you are looking for is in the center of the building. Push the car to leave the building.

Go back to Sarah - this will end the mission. After this mission, you have a chance to hear Garrett's new speech - We Must Fill the Ark (Law and Disorder). In addition, you unlock another mission from Weaver - I Tried To Hit That Once (A Good Soldier).

Just Another Requisition Form / So Many Of Them

In this mission, you have to go with Sarah to a closed building. She will help you defeat Freakers encountered in that place. 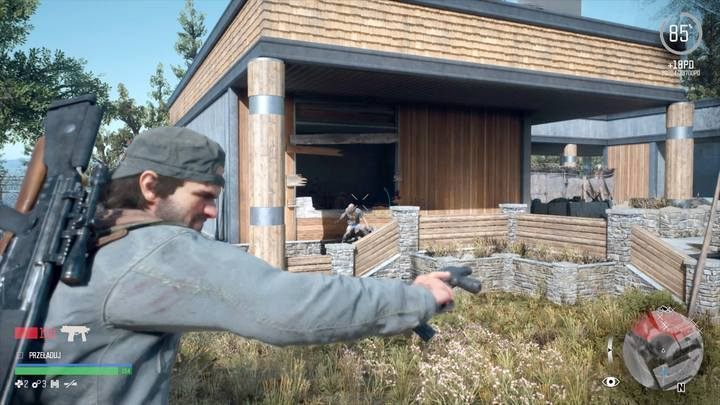 Pay attention to the nearby wall made out of boards after you help Sarah get higher - a small group of Freakers will break through it. The sooner you start shooting at them, the easier it will be for you to survive. Help Sarah reach the window. Move the car to enter inside. Then, go outside where you have to push the army car. Reach the rooftop of the science building. 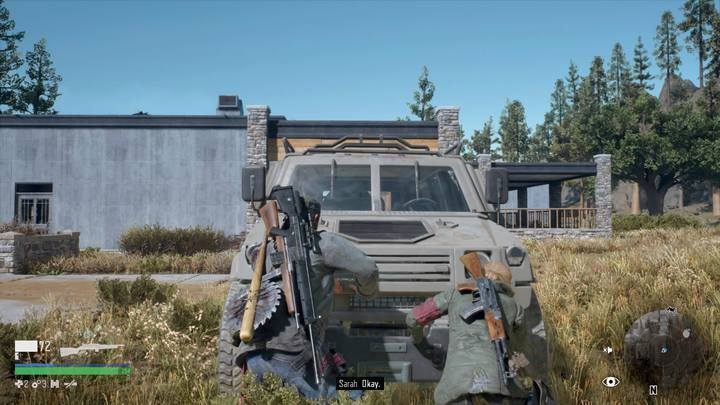 Finally, you have to work your way out, eliminating a few Freakers and many human opponents. After this mission, you have the opportunity to listen to Garrett's new speech - Throw Them Into the Furnace.

What Kept Me Going / I Knew These People

You have to go back to Lost Lake. Deacon and Sarah are looking for equipment. Cross the mountains. Soon, you will reach your destination.

Shoot down the stairs to reach the upper floor.

Check the front and rear of the building. Reach the back of the building to find a ladder. Climb it (shoot the ladder's lock). If you have saddlebags on your bike, you can replenish your ammo before you enter the building.

Go out on the balcony to help Sarah reach the roof

Sarah will give you access when you come across a locked door. Then, go outside through the door on the left and help Sarah reach the roof. Approach the reader and enter the main lobby - get rid of the opponents.

We Couldn't Take The Risk

Later, you will secure Cloverdale. Only Ravens stand in your way. When you hear their scream, dodge.

You don't need to eliminate them all - burn their nests on both sides of the building. If you don't, they will keep popping up. Get inside the building and turn off the power fence. 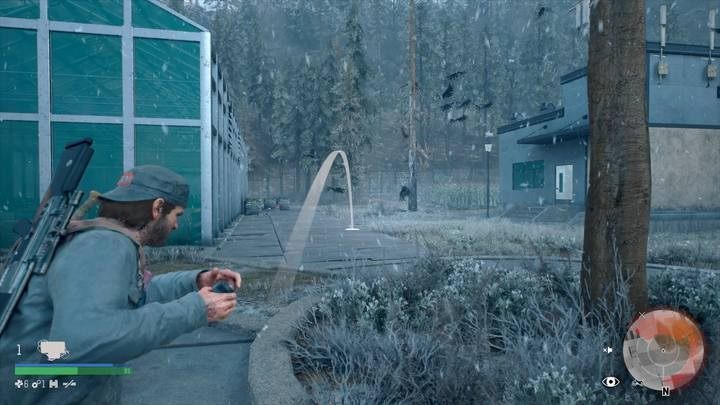 Attractors or a pipe bombs are great for eliminating these creatures.

After this mission, you will go back to Crater Lake. You will also unlock Remote Bomb recipe. . The next missions are called: Was this a good idea? (Surviving isn't living), I don't wanna hang (a good soldier).

This could be it / You alone I have seen

Note - before this mission be sure to purchase as many explosives, good weapons and ammunition. There won't be time for that later.

Sarah will contact you after the mission I don't wanna hang (Good soldier). Go near the building, besieged by newts. You should find one wearing a red shirt. When you see it, it will be tagged with a mission tag. It is located on the West side of the complex.

You have to shoot her with a special gun that you got from Sarah, and which now takes the place of your weapon. In addition, you must eliminate all enemies. Next mission will start automatically during the cutscene. 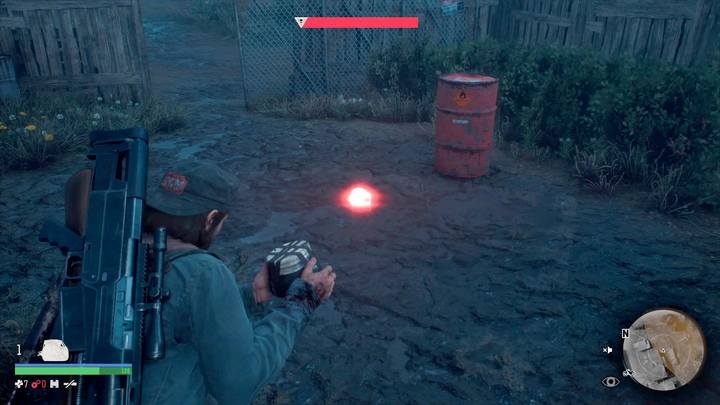 Set the traps that detonate remotely or automatically near explosive objects

In this task, you need to get rid of the Chemult Horde. This is one of the biggest hordes in the game. The key to victory is to prepare a suitable ambush: proximity bombs and paths with remote explosive charges do a great job. Install charges mainly in explosive barrels, cans. 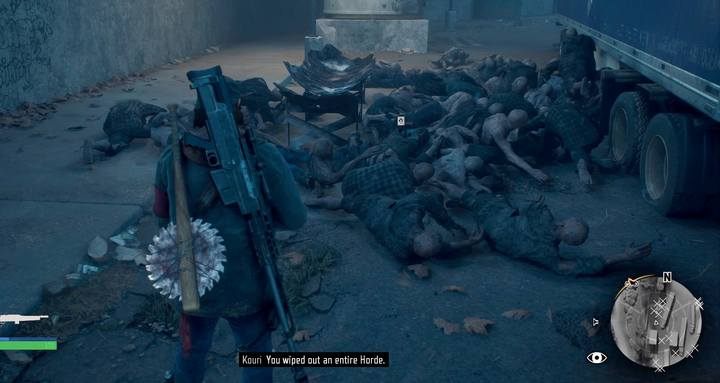 In the corner of the station you will find a large white fuel tank, which can also be blown up - throw bait there before detonating

To complete the task, you have to eliminate all the zombies - the bar at the top shows the status of the mission.

After this task you will start two missions from A Good Soldier storyline.

I've got a plan

This mission will start automatically after defeating the Horde in the mission This could be it / You alone I have seen (I'm never giving up). Some time after the mission and cutscenes end, Sarah will contact you on the radio about the next task.

Go Southeast to find Sarah. There are plants with white flowers growing in the swamp. You need 5 pieces. Take them to Sarah. After this mission, you will unlock the recipe for poisoned bolts and a story mission from the Surviving isn't Living storyline.

What it takes to survive

When you start main or side missions within the east region, you will be able to see NERO helicopter there. Then you'll contact O'brien. Hear the full dialogue for the mission to begin. Only available after completing the mission the elimination of the Chemult Horde during This Could be it / You alone I have seen (I'm never giving up). 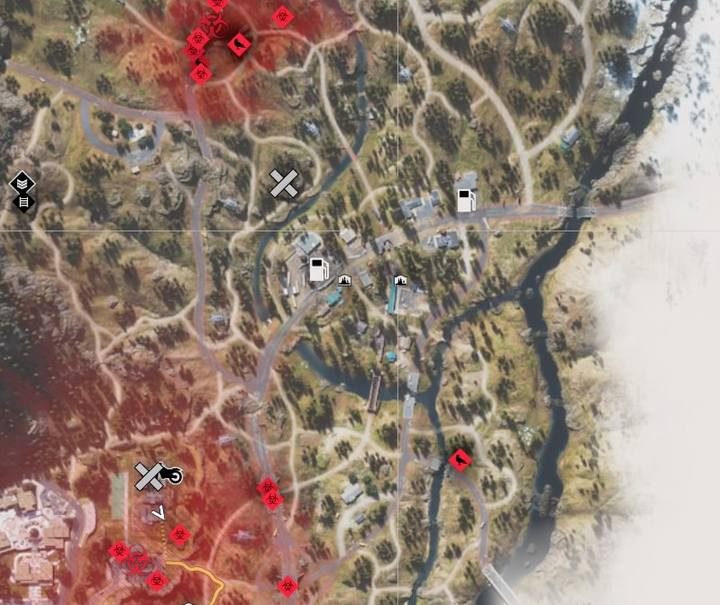 Explore the tracks in the cave and find Cooper by the rock pillar. However, before you do that, prepare the traps. After examining the body of the investigator you will fight the Reacher, who is not that powerful - empty 1-2 clips or take several sniper shots to get rid of it. Later, however, a small Horde will come. It's best to use a bait and proximity bombs.