1  Passageways between regions. They connect Cascade with Lost Lake. You must advance in the game to unlock them.

2  Passageways between regions. They connect Lost Lake with Iron Brute. You must advance in the game to unlock them.

1 - Iron Mike's Camp  Big camp which you unlock when you travel to this location for the first time.

2 - Farm  The second part of the camp - safe place. There's no "services" available.

Most important locations on the map

1a  Ambush Camp. Enemy camps can be conquered to reveal some secrets on the map and unlock new crafting recipes, by finding map in the bunker hidden in the camp.

On this map to Days Gone you will see the location of Lost Lake - the third available area in the game. This map contains all hidden side activities: NERO Checkpoints and Research Sites, Infestations, Ambush Camps and Horde locations. 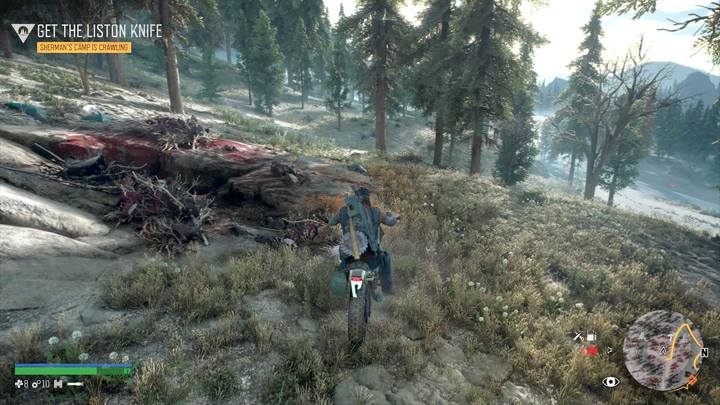 Be careful when approaching the Horde marked number 2. During the day, they usually sit in the cave that you may enter from the north side, and through the hole (from which there is no exit!) from the top. At night, have a habit of moving far, even in the vicinity of the spot at point 4c. 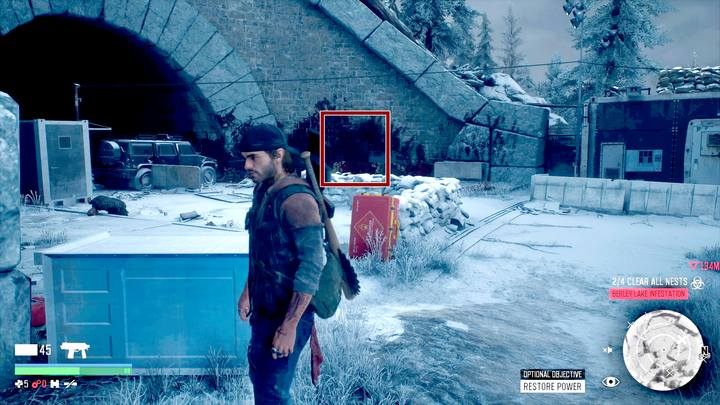 Capturing NERO Checkpoint (5b) can bring some problems. The canister needed to refuel the generator will be found at the entrance to the tunnels, behind the car. However, one of the fuses is missing. 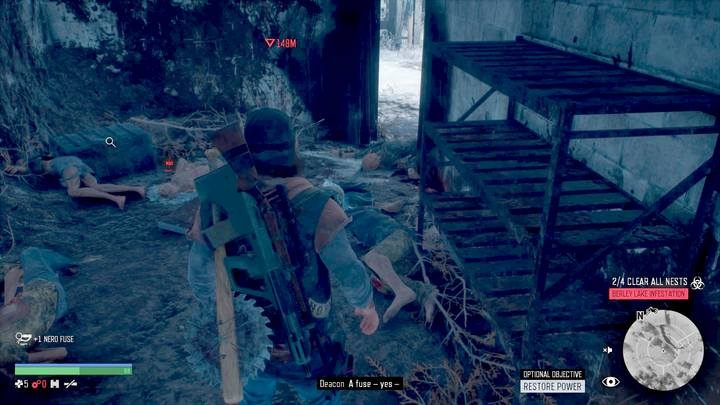 The fuse you will find after burning the Freakers nest in the tunnel's wall. When the nest burns, go through the created passage and take the fuses. 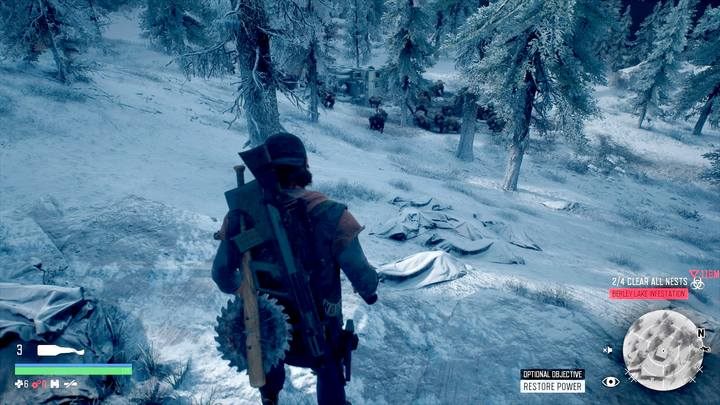 If you work at night, watch out for the Horde that lives nearby. 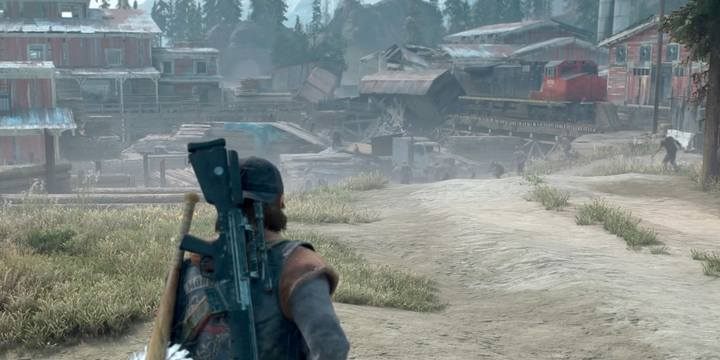 After clearing the NERO Checkpoint (5A), be sure to keep an eye on the Horde at the sawmill (6), which is one of the biggest in the game. Don't run at it without having a specific plan: the south-western part of the sawmill contains many elements (tank car, boards that can be dropped and explosive barrels) that will allow you to eliminate and set fire to large groups of enemies. It is best to start fighting the Horde only when you unlock the plans for contact mines that can be set up near exploding materials in the area. 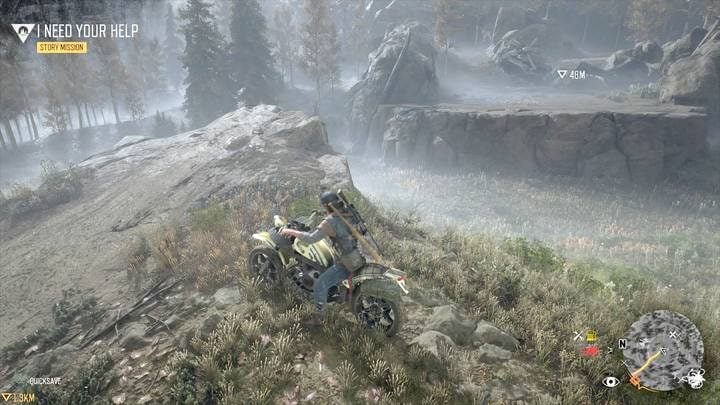 This is another research point to which you have to jump using a motorcycle and a rock.