On this page of our trophy guide to Days Gone we have provided a detailed description of obtaining the Variety is the Spice of Life silver trophy. It is rewarded for killing the enemy with every kind of crossbow bolts.

How to unlock Variety is the Spice of Life trophy? 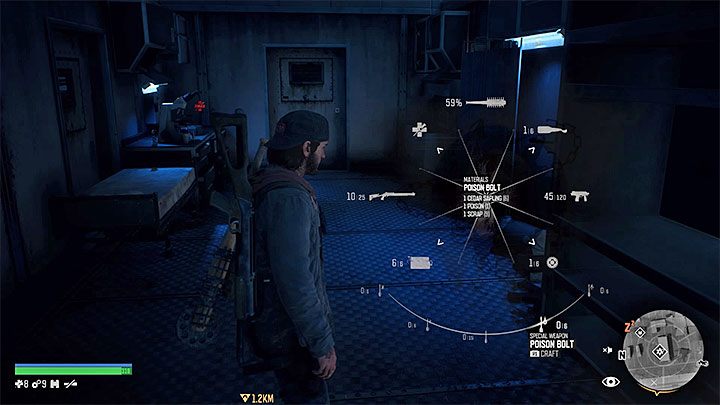 In order to unlock the trophy, you need to kill at least 5 opponents. It can be real people or monsters. Each type of bolt should be used to eliminate at least one enemy. Here are the main categories of crossbow bolts:

You can select the bolt category from the survival wheel. Each new type of bolt has to be crafted and it requires the materials and crafting plans to do so. 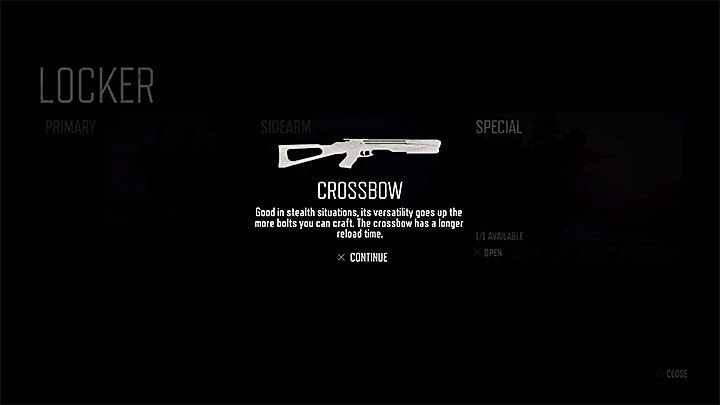 How to unlock this type of bolts: This is a common kind of bolt, which doesn't have any additional features. You automatically unlock it, along with the acquisition of the first crossbow, which can be found in the gun locker in the hideout at O'Leary mountain. We have described this in detail in 'How to unlock crossbow?' section of our guide. 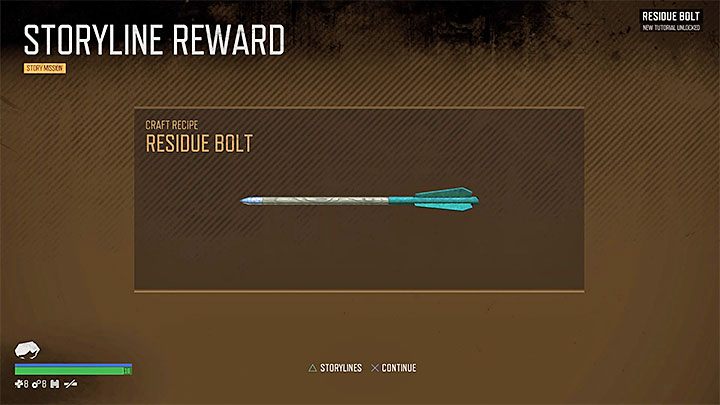 Required Crafting Materials: Cedar Sapling x1, Scrap x1, Nest Residue x1. Nest Residue can be found in those places, where Infestations have been present in the past. It looks like a lot of dust.

How to unlock this type of bolts: Game will add you the new bolts immediately after you complete They're Not Sleeping mission, i.e. the task in which soldiers and NERO scientists appear for the first time.

Important note - if you hit the opponent with this bolt it will not kill him. Instead, this enemy will become enraged and start attacking other enemies. The game will count the death of the enemy only after the opponent gets killed by his allies. 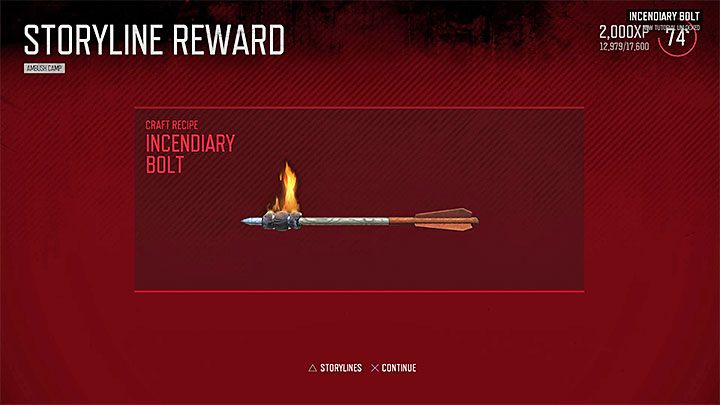 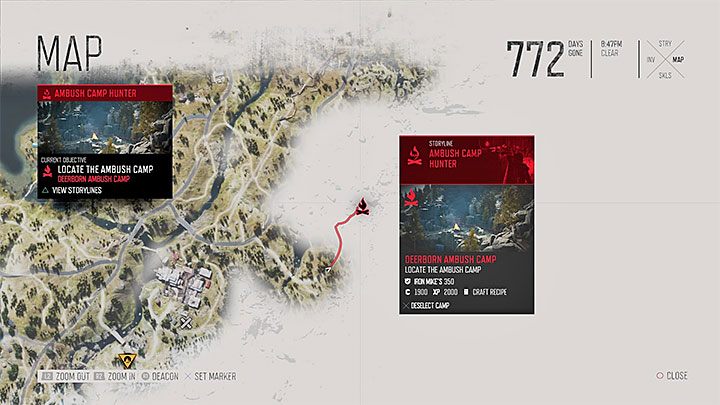 How to unlock this type of bolts: This bolt type is the reward for capturing the Deerborn Ambush Camp. The crafting plans are in the bunker beneath the camp. You may capture the enemy camp during your stay in the Lost Lake region. The campsite is located on the eastern end of the region. 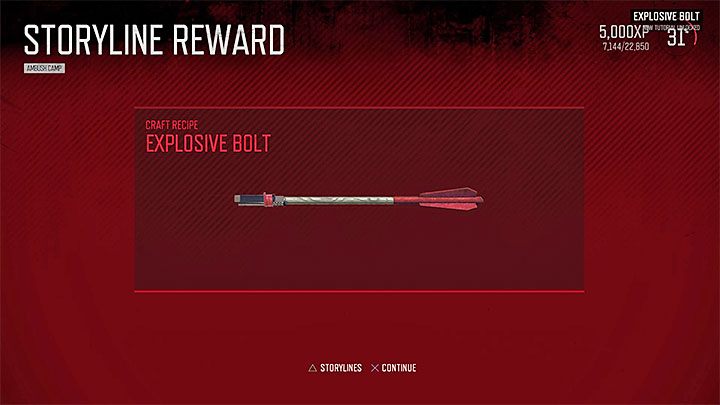 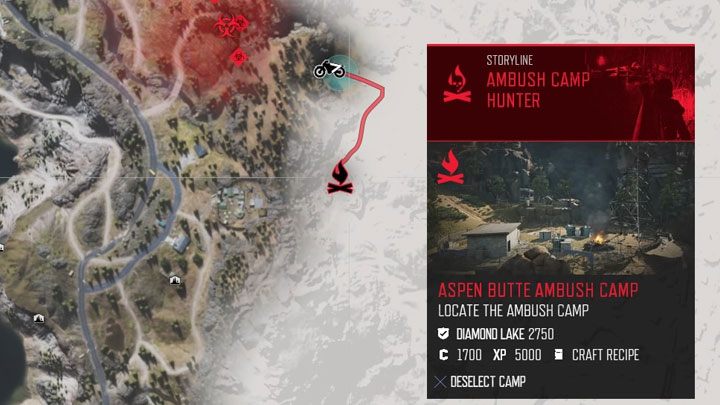 How to unlock this type of bolt: This bolt is the reward for the capturing the Aspen Butte Ambush Camp. The crafting plans are in the bunker beneath the camp. You may capture the enemy camp during your stay in the Highway 97 region. 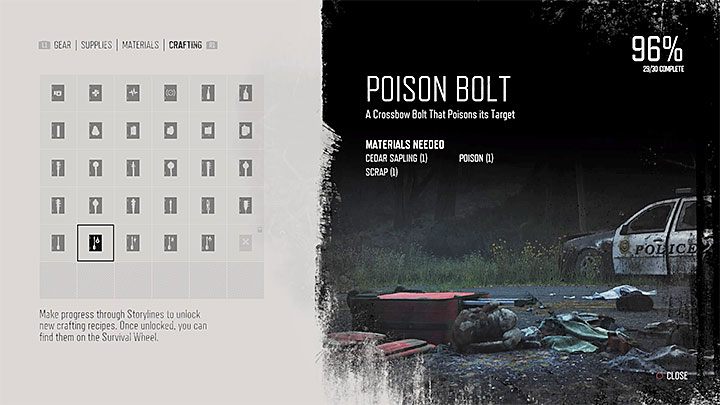 Required Crafting Materials: Cedar Seedling x1, Scrap x1, Poison x1. From now on, the poison will appear in the game world with another loot.

How to unlock this type of bolt: The game will officially assign you a new bolt at the beginning of the I've Got a Plan mission which consists in finding some highly poisonous plants.