On this page of our trophy guide to Days Gone we have provided a detailed description of obtaining the brown trophy called Go Kick Rocks. It is awarded for the destruction of 12 randomly selected Anarchist Cairns. 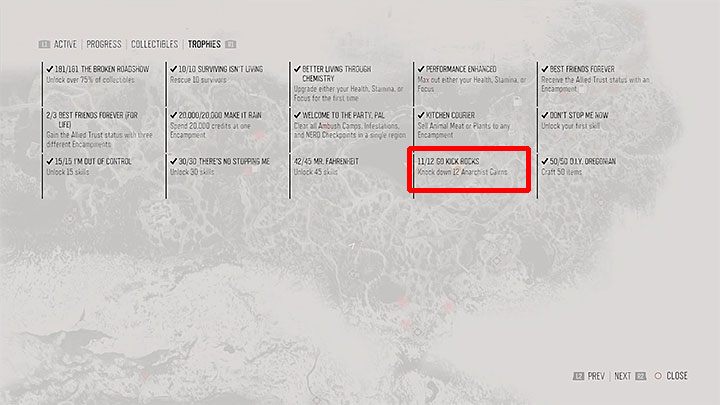 In Days Gone you can find a lot more Anarchist Cairns than the necessary 12 to unlock the trophy. Therefore, you do not need to follow the instructions of our guide very accurately, as there is a good chance that some of the Cairns you can personally find during the usual passing of the game. Once you get the trophy you can stop further searches since the Anarchist Cairns are not counted in the "total" collectibles and knocking them down is not rewarded with experience points, nor in any other way.

Your progress in demolishing Anarchist Cairns can be tracked track in the storylines menu. Look at the second tab of Trophies. It displays information about the current number of destroyed Anarchist Cairns (example shown in the picture). 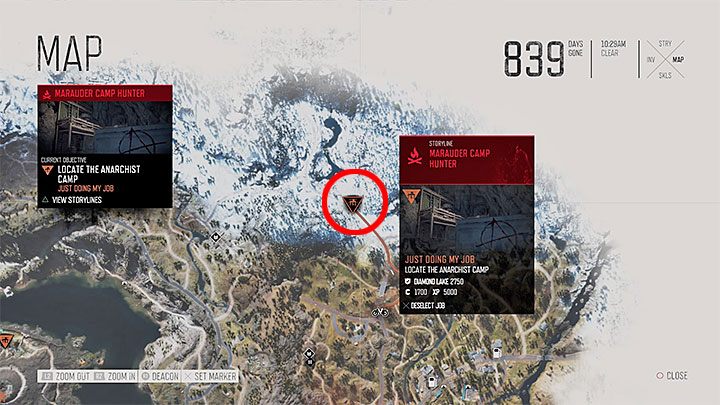 The best place to destroy a large number of Anarchist Cairns is shown in the image - it's the gathering place of Anarchists, which is located in the mountains in the northern part of the Highway 97 . Wait with exploration of the shelter until you get the additional task - Just Doing My Job (category - Marauder Camp Hunter). The commissioner of this additional task is the captain Kouri from the Diamond Lake camp.

You can return to the anarchists' shelter (mine) even if you have already completed the specified mission. But beware of the Horde that may be there. It is better to sneak into the mine at night, because the Horde must come to the surface and travel around the neighborhood. 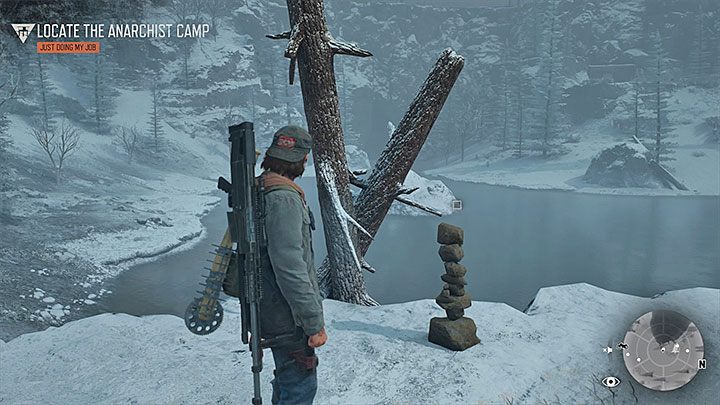 Anarchist Cairn 1 can be found near the entrance to the shelter (mine). It borders with a small lake. 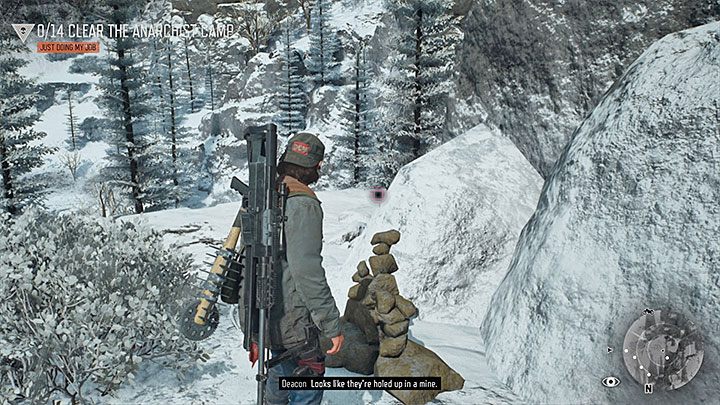 Anarchist Cairn 2 can be found near the entrance to the mine. Search between bushes and rocks. 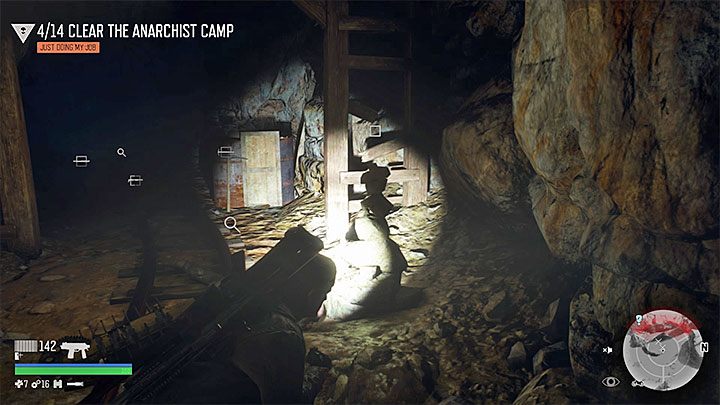 Anarchist Cairn 3, you will find immediately after entering the mine. During the inspection of the whole place, help yourself with a flashlight and scan the area with survival vision. 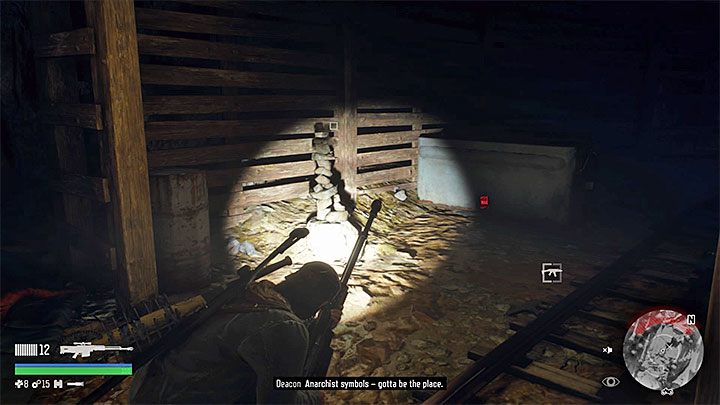 Anarchist Cairn 4 you will find in the first large cave with a temporarily inaccessible upper balcony. 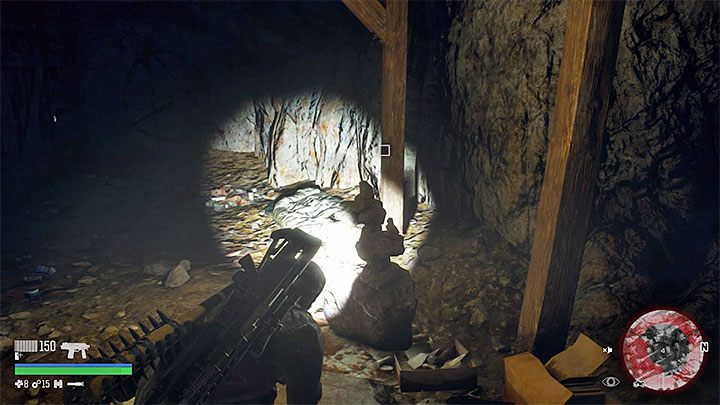 Anarchist Cairn 5 is in one of the nearest corridors. 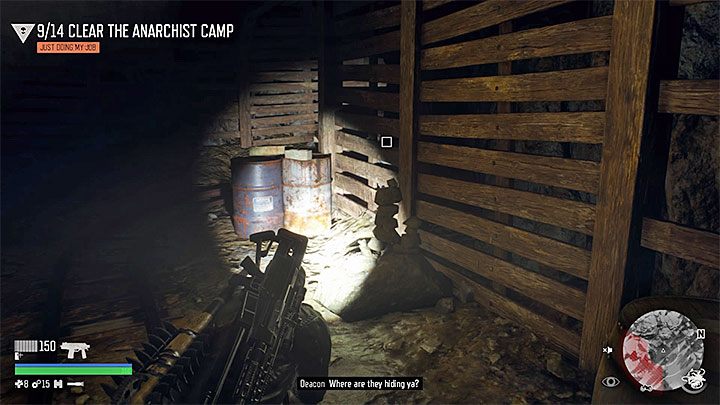 Anarchist Cairn 6 is in the corridor with the railway. You will find it next to a few barrels. 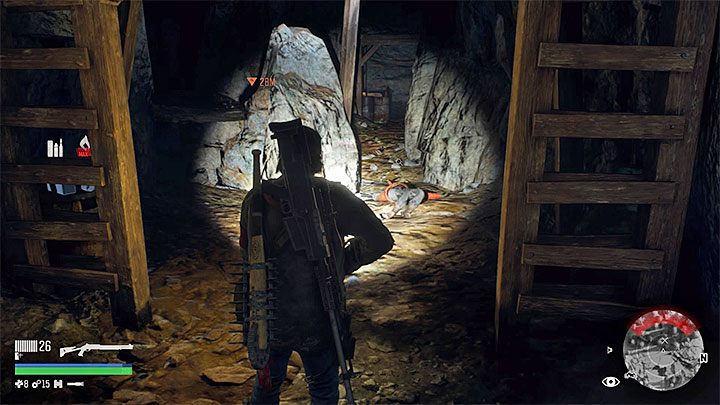 Anarchist Cairn 7 can be found immediately after visiting the stairs leading to the next level of the mine and defeating the first group of opponents. 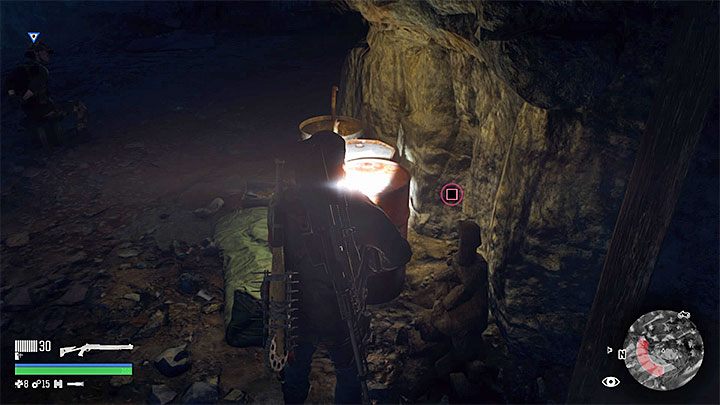 Anarchist Cairn 8 is in a cave with a hostage. Find the Cairn next to the barrels and destroy it before you save the NPC, that is, before the mine will be full of Freakers. 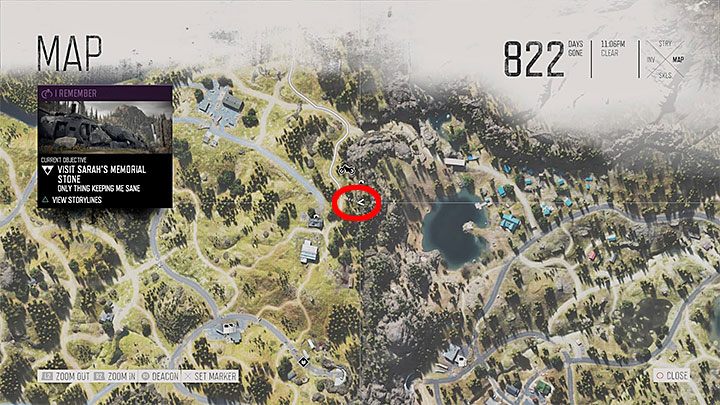 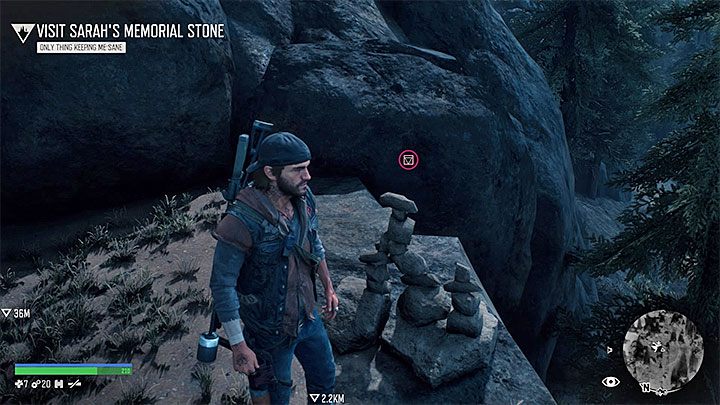 Anarchist Cairn 9 you can find in the eastern part of Iron Butte region. It is on the way that you may pass when traveling to the historical marker that's located nearby. 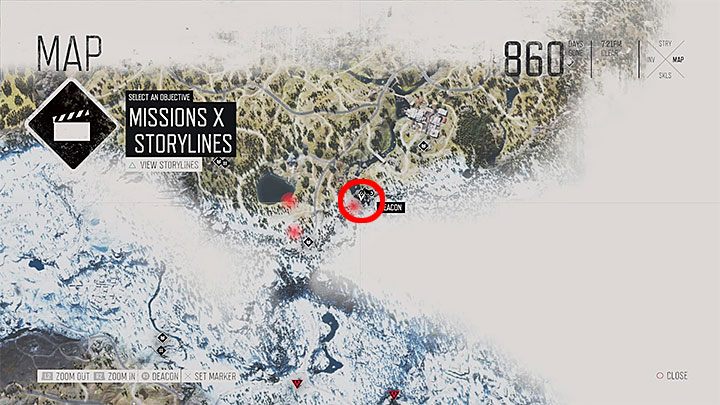 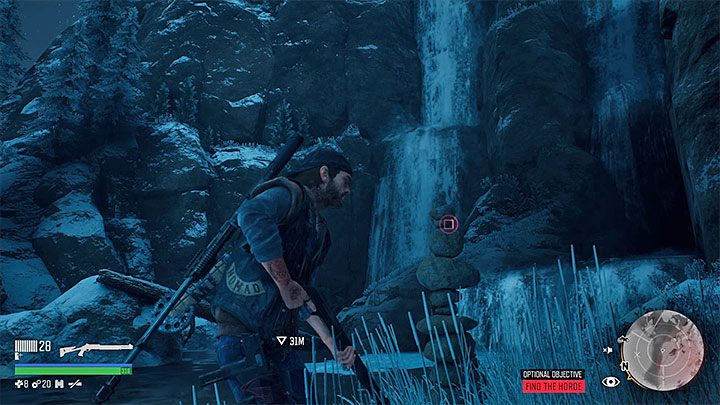 Anarchist Cairn 10 can be found in the southern part of the Lost Lake region. It is next to a large waterfall as shown in figure 2. 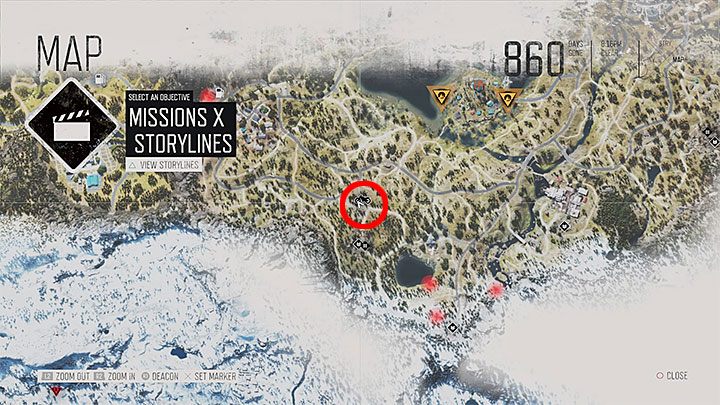 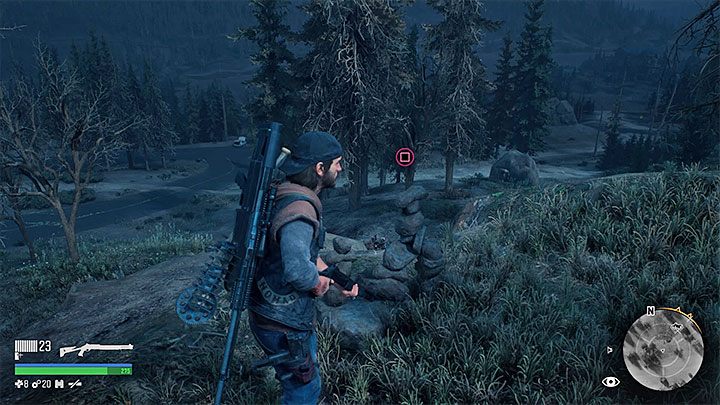 Anarchist Cairn 11 can be found in the Lost Lake region, southwest of the Iron Mike's camp. It is located above the entrance to the cave. 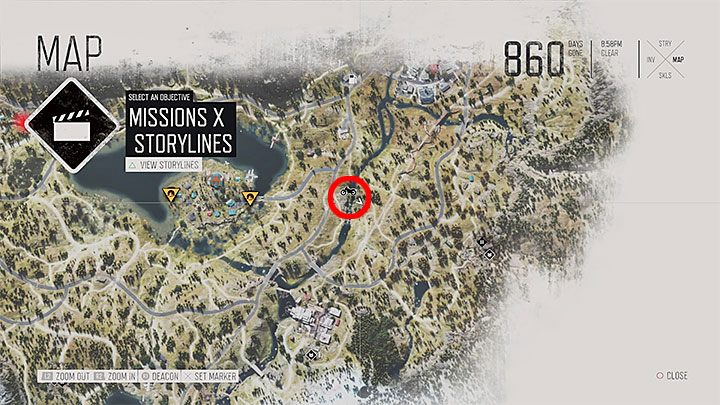 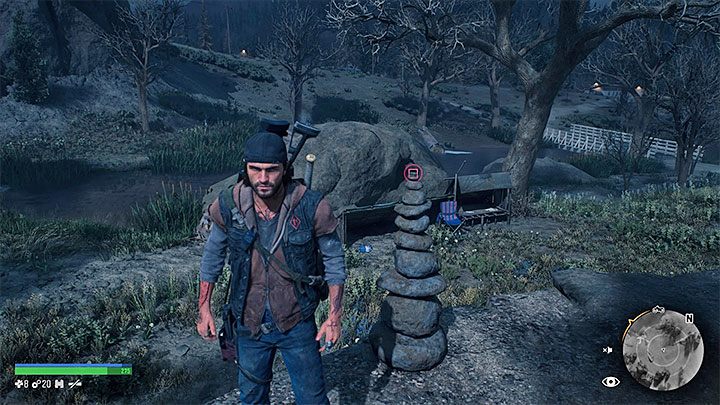 Anarchist Cairn 12 you can find in the region of Lost Lake, east from the Iron Mike's camp. Get to the elevation shown in the second image, which is adjacent to a small abandoned camp.