On this page of our guide to Days Gone we have provided an overview of the battle with the Reacher boss, which can be encountered during the What It Takes To Survive mission. You will learn where the boss resides and how to defeat him in the fastest way possible. 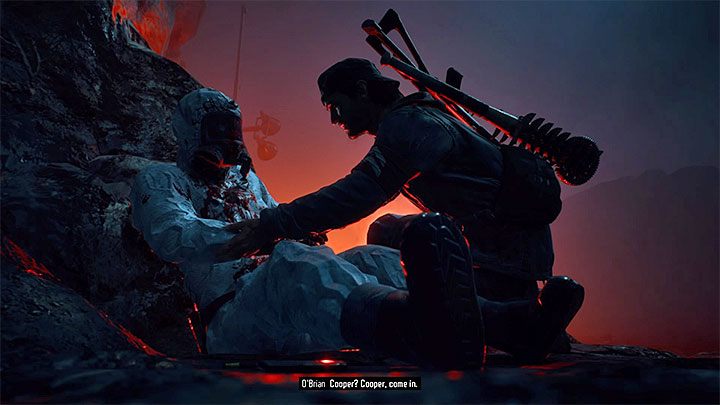 Reacher - this is an elite variety of Freaker, which for the first time you will encounter during the What It Takes To Survive mission. In this mission (commissioned by O'Brien) Deacon has to explore a cave in the region of Highway 97, where a NERO expedition has been lost. Before entering the cave, we recommend to cure the hero, as well as equip a gun or a good rifle.

The initial part of the mission involves following the tracks. Reacher appears only after Deacon comes to the big cave with the heavily wounded scientist Cooper.

How to defeat the Reacher 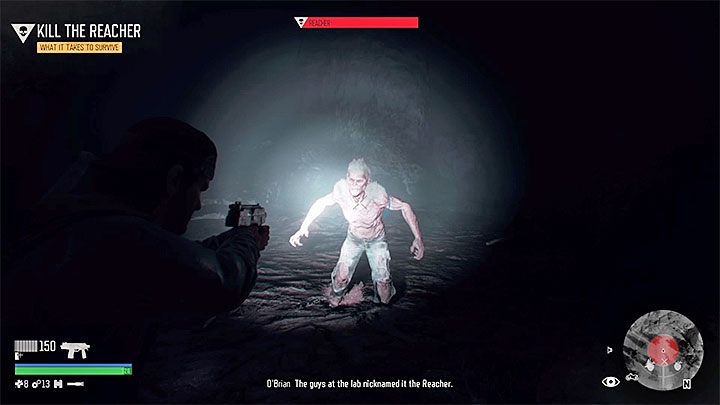 Immediately after the battle, switch on the focus and shoot the approaching monster. It is best to use the shotgun, although other types of weapons for combat at short and medium distances may also come handy. It is worth adding that if necessary, you will find some weapons in the area (unfortunately these are low quality) and a bit of ammunition.

Shooting at Reacher will make him run away and return after a while. You can protect yourself every time in such way, i.e. to intensify the focus and aim carefully at the running boss. 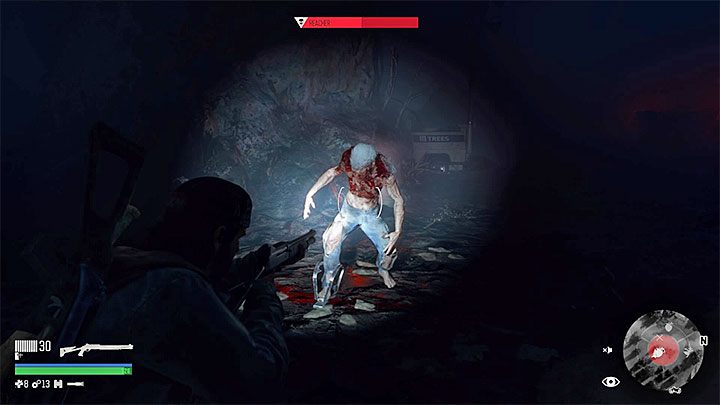 To defeat Reacher you may use bear traps that can be found in the vicinity. Place them anywhere, and as soon as the Reacher appears, let him run in Deacon's direction and fall into the trap. You can easily fire at a temporarily captured monster, or alternatively throw a Molotov cocktail at it to set it on fire for few seconds. 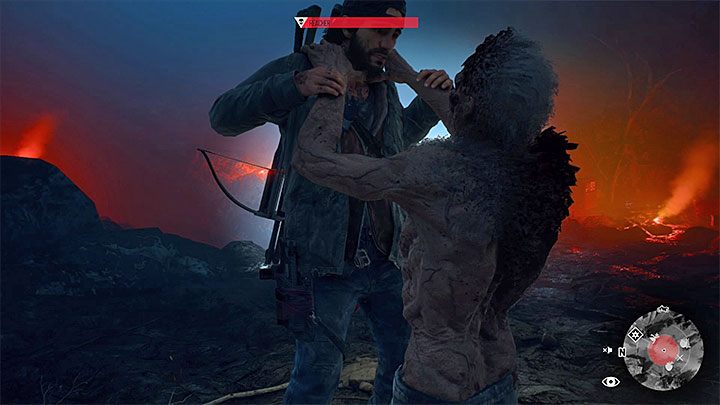 If you don't shoot the monster fast enough, it can make a melee attack or catch Deacon. In the latter case, quickly press and hold the button specified by the game to release yourself.

Encounters with Reacher in further parts of the game

Since What It Takes To Survive mission, Reachers can be encountered in the game world - Deacon will tell you if he notices any enemy of this type. Escape is possible if you use a motorcycle. Otherwise, apply the tactics you already know - swich on the focus and fire at will!

In addition, if you have acquired the Executioner skill, you can sneak to Reacher, but only if he didn't notice Deacon and if he really is not hunting him.