On this page of our guide to Days Gone we have provided a detailed description of the battle against Chemult Horde. Defeating this Horde is part of the You Alone I Have Seen mission. From our walkthrough you will learn how to prepare for the battle with the Horde and how to eliminate all Freakers that form it. 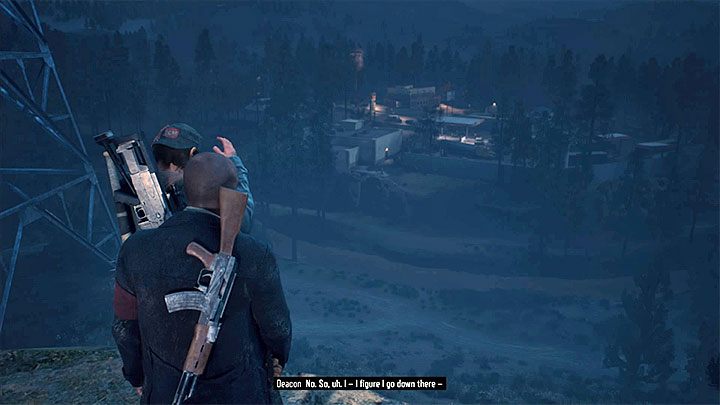 This is the first of the three hordes that you have to defeat in order to complete the main storyline of Days Gone. Confrontation with Chemult Horde happens after Deacon and Kouri take a trip to test the Napalm Molotov prepared by Weaver. Unfortunately, you have to fight the Horde alone, as captain Kouri will remain on motorcycle on the hill. 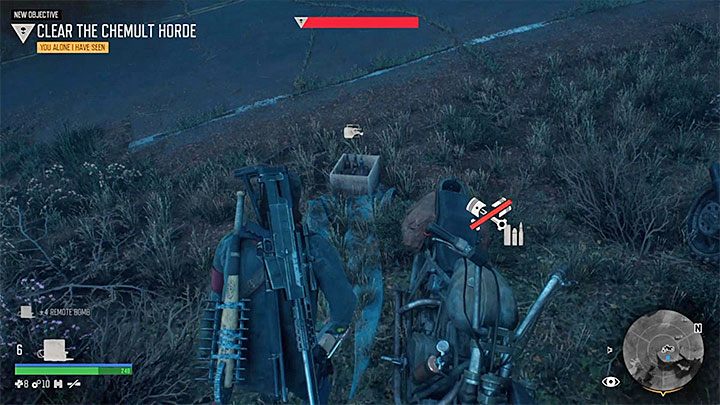 Before you go to the Horde, check Kouri's bike and stuff lying next to it. You will find a stockpile of Napalm Molotov and remote bombs. Also, you will be able to pull ammo out of the Kouri's saddle bag.

If you have the opportunity, you can prepare to battle this Horde before starting the mission. Try to renew hero's health, equip him with a shotgun or a machine gun, and make as many traps, bombs etc. as possible. 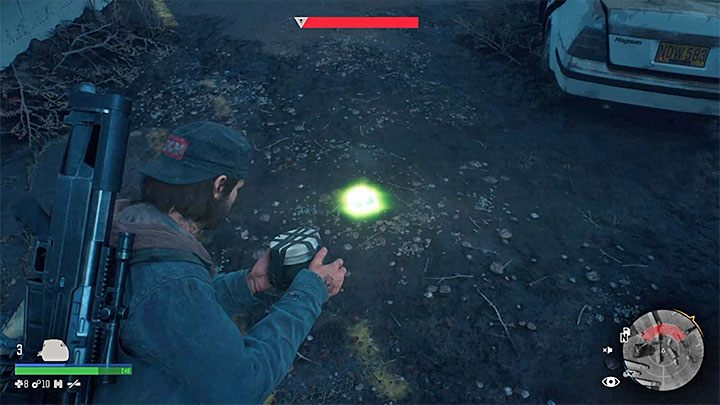 Horde travels through a small town with a gas station next to it. The red bar at the top of the screen symbolizes the quantity of the Horde - killing the monsters will cause it to gradually drop.

Use the fact that the monsters don't see Deacon in the first place. We recommend setting as many traps as possible, such as proximity bombs. Also you can take advantage of remote bombs but they will require manual detonation (right direction on the pad cross). Also, look around and pay special attention to the objects that can be blown up (white tanks, cans with fuels, etc.). 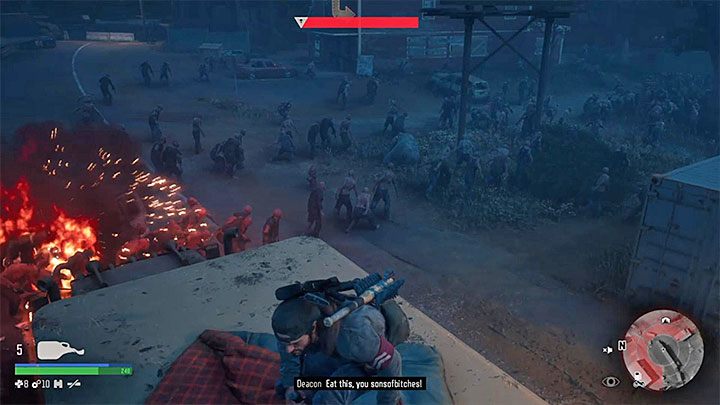 Throw one or two Napalm Molotov into the Horde at the beginning of the battle. So try to aim to burn up as many monsters as possible. You can use focus if you want to take the second shot with more precision. 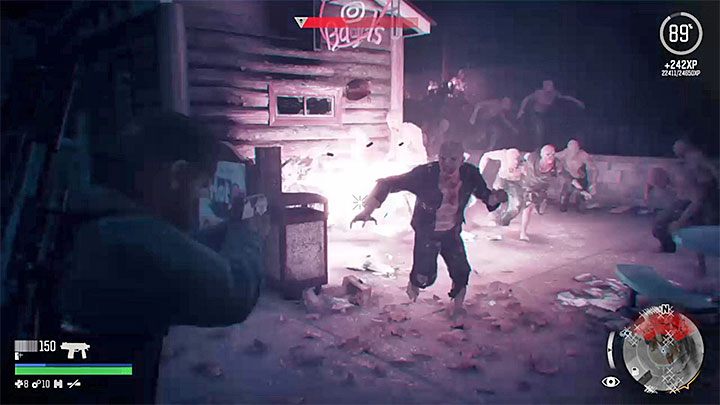 Run from the Horde, looking for an opportunity to weaken it. If you've set traps before, go back to where they are and let the monsters from the Horde approach them and lead to their detonation.

Stop at other objects which can be blown up, firing at them from any firearms. The most effective will be large white tanks. In this case, wait until next to them a lof ot monsters will gather. Use your main firearm and at all costs avoid the melee combat. Deacon can be surrounded very quickly and die. 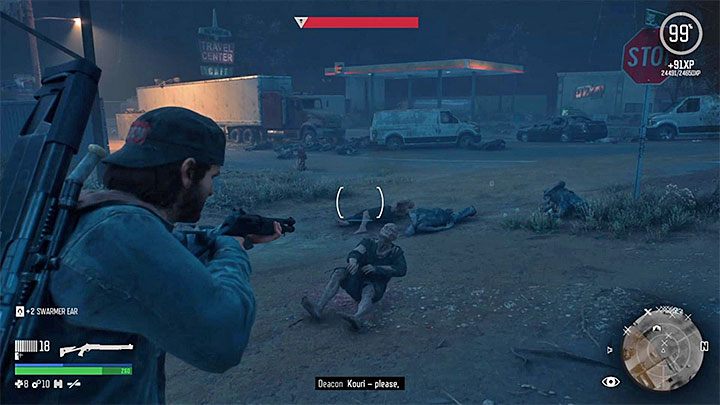 If the hero is severely weakened, you can leave the town for a while. Monsters after a while give up the chase and go back to spot, which they occupied earlier. You can use your free time to return to Kouri and restock or heal yourself and reload weapons on the spot.

In order to win the battle with the Horde, you have to kill all the monsters. If you're having trouble finding Freakers, go back to the gas station, because that's where the missed mutants may have returned. Also, check the markers of the mini-map that can tell you where to look for Freakers.