Marauder Camp Hunter, this is another set of story missions in Days Gone. Most of them occur in Lost Lake, and are associated with the extermination of Rippers, Marauders and Anarchists in their camps. Below you will find a list of available missions and a short walkthrough for every task.

You will start this mission after completing the Earning Our Keep: You See What They Did task. Talk to Rikki in the camp. 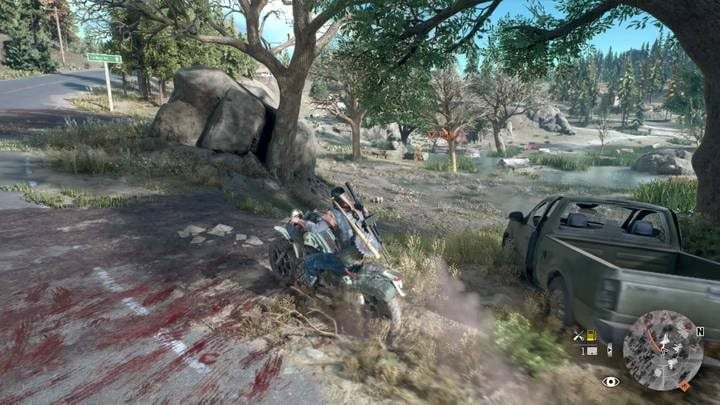 Don't get too close on your bike to be unnoticed.

This is a simple optional mission, which consists in getting rid of 8 enemies from the camp nearby. The problem, however, is the lack of any stealth assassination, because there are not enough bushes in which you could hide. However, a sniper rifle with suppressor and a spot on the hill will do the trick.

You will receive a message from Tucker after completing You Could Have Done More (Surviving Isn't Living) mission. Clear the Ripper camp located in the south. There are only 6 enemies - if you do not behave quietly, reinforcements will arrive (4 more people). This is a standard combat with common opponents.

I'll Show You A Fuck-Up 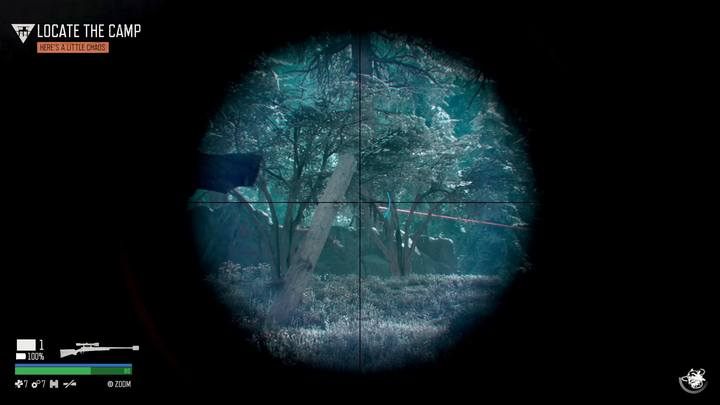 One sniper guards the entrance to the camp - he can destroy your plan if you are going to carry out the mission quietly.

You will receive a message from Copeland after completing the You Could Have Done More (Surviving Isn't Living) mission. Now you will encounter Anarchists: 12 people. Their territory has numerous traps, it is worth to go here at night. 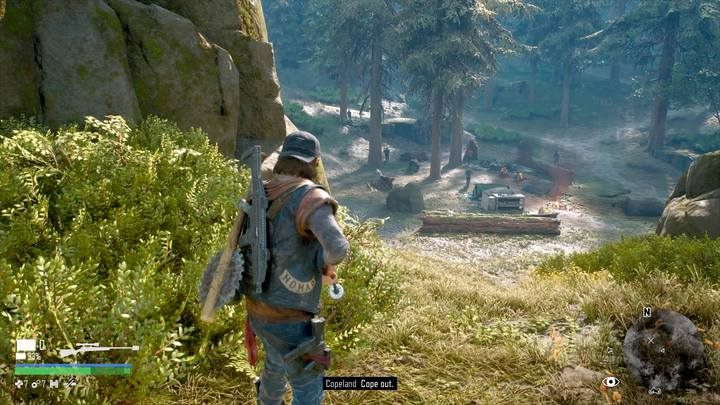 Most of the enemies are in the center of the camp. The rest resides the hills nearby.

Enemies have guns and M7 rifles with a long range and high accuracy. A large group can be terminated by a grenade if you have not raised an alarm. Also, watch out for the sniper guarding the main road.

The quest will start after completing That's Never Gets Old mission series in the Surviving Isn't Living storyline. Talk to Rikki at the camp, but only when you're contacted by radio. This is another task where you have to destroy Rippers camp. Only 8 opponents reside in the camp, and in case of being noticed - 4 additional enemies may arrive as a support. Beware of the many traps and a sniper.

After completing the main story(the "We couldn't take the risk" mission within the "I'm never giving up" storyline and the "You got the wrong guy" within the "Bounty Hunter" storyline) involving riding with Sarah to the Lost Lake, you will get another mission from Colonel Garrett on the Wizard Island. 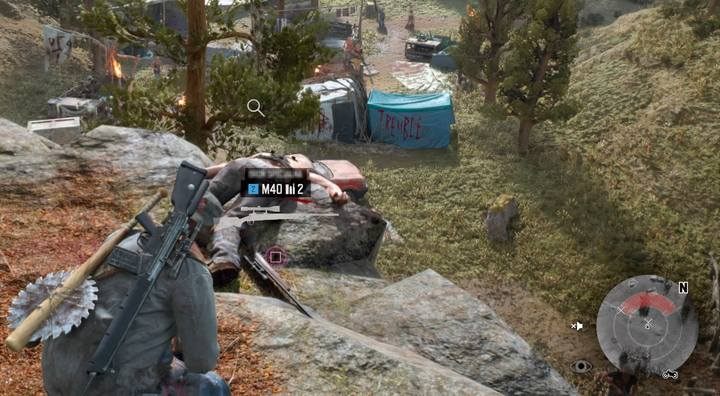 This is another mission to clean up the enemy camp - this time it's Rippers. It is worth to surround the camp and take a position on the hill. Be careful when the chaos starts - opponents love to fight from a distance, as in melee combat with guns and perform suicidal attacks by arson and throw at deacon. There are 12 enemies to defeat. This is not an official camp, so you will not find a bunker here.

How to catch them?

After completing the previous mission within this storyline, Garrett and Kouri will contact you about the next tasks involving clearing camps.

Take a position on the roof, but do not come directly to the enemy by climbing the stairs

Typically there are 12 enemies to eliminate at the gas station. It is necessary to keep a distance - the enemies are on the roof of the building, and inside it. One of the most fashionable enemies is heavily armored, the other has a flamethrower.

This mission begins at any stage of the game after defeating the Chemult Horde. Kouri will contact you on the radio and invite you to their camp to talk.

The entrance to the mine

Find an anarchist camp in the east, in the old mine. It is necessary to equip a powerful melee weapon - you will clear most of the camp by running into opponents and beating them. A Horde can be hiding at the top part of the cave. The mission won't be over until you get out of the mine. Right in front of the entrance you will meet another group of reinforcements - do not fight with them, but run between them and leave them to the mercy of the Freakers.

A Bunch of Cavemen

After the mission, What it takes to survive (I'm never giving up) Kouri will call you about a new task. Complete this task before the mission of the main mission titled shadow of death (a good soldier). This is a very easy task as there are only 7 opponents to eliminate. This is the last mission in the storyline and is awarded with a Trophy: Marauder Camps Hunter for the elimination of all Marauder camps and a new weapon - silenced sniper rifle.