On this World Atlas page of our guide to Days Gone, we've included all information about the requirements to unlock all map regions. Our guide describes the steps required to gain access to selected area and warns of possible complexities that may occur.

Regions of Cascade and Belknap 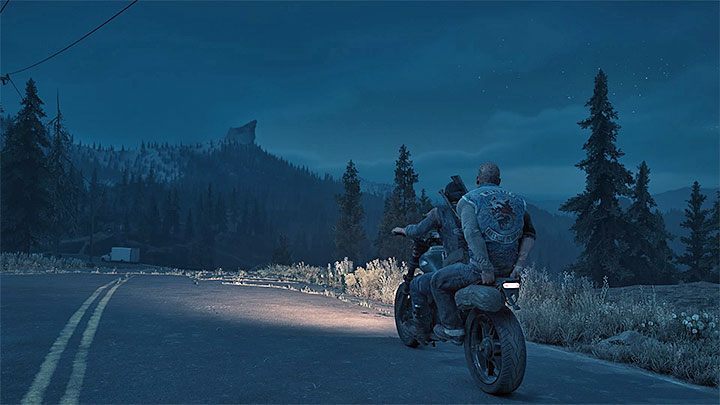 This zone is located south of the Cascade and is initially unavailable. When you try to travel south too early in the game you are "artificially" returned.

The region of Lost lake is available after taking the No One Saw It Coming quest. As part of this task, Deacon and Boozer travel south to Lost Lake to steal the medicines needed to improve the Boozer's health condition. But first, you must complete few story missions. Once you're done with them, you can use all attractions of Iron Mike's Camp, as well as use the option to travel freely to Lost Lake. 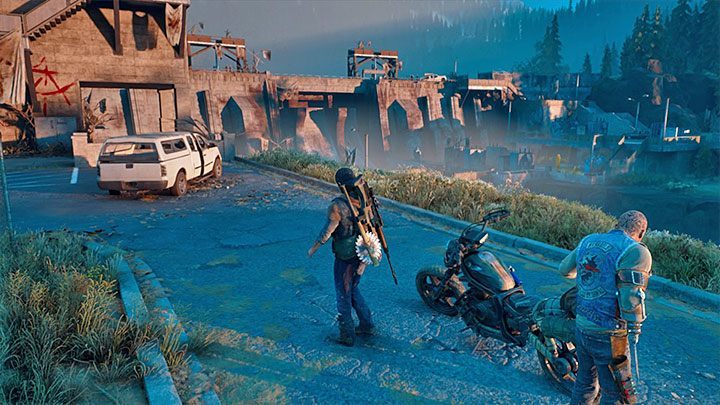 Iron Butte is west of Lost Lake and south of Belknap. It is not unlocked at the same time with Lost Lake and you can't travel there at the beginning of the game. On all paths leading to the Iron Butte there are some unbreakable barricades.

While performing main missions in Lost Lake Deacon will visit the Iron Butte twice for some time. This happens during the missions to Play All Night (search for antibiotics on the wreckage of the plane) and Don't Get Caught (expedition with Skizzo to the camp of Carlos). The right journey to the Iron Butte takes place after you start the Now That's An Idea mission. During this task Deacon and Boozer pass through a tunnel that connects Lost Lake with Iron Butte and travel to barricade that has to get removed. After the destruction of the dam and all the battles, you will be able to travel to Iron Butte freely. Trust points that you may collect there will be added to the Iron Mike's Camp of the Lost Lake. This is because there is no allied camp on Iron Butte territory.

Region of Crater Lake and Highway 97 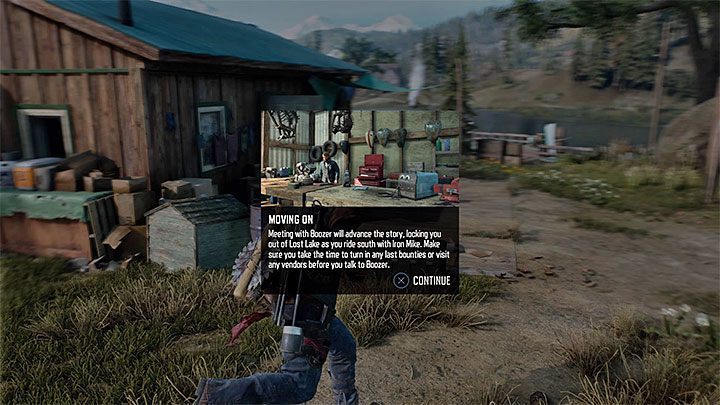 Crater Lake and Highway 97 are south of the Lost Lake and Iron Butte. Traditionally, the game will not allow you to explore these areas too early. If you try to use one of the roads leading there (for example, the tunnel) you'll be stopped and turned around.

You just need to progress in the main story of the game to get to the Riding Nomad Again mission. This task is associated with a very important dependence. Going on a trip to new regions means that for a long time you will not be able to return to the previous locations like Lost Lake, Iron Butte, Cascade and Belknap. So called point of no return is a "farewell" conversation with Boozer before going on a long journey. According to the warning, you should keep an eye on the earlier important issues to solve - complete side missions (especially those comissioned by Iron Mike) or purchase the most valuable items and equipment for your bike. 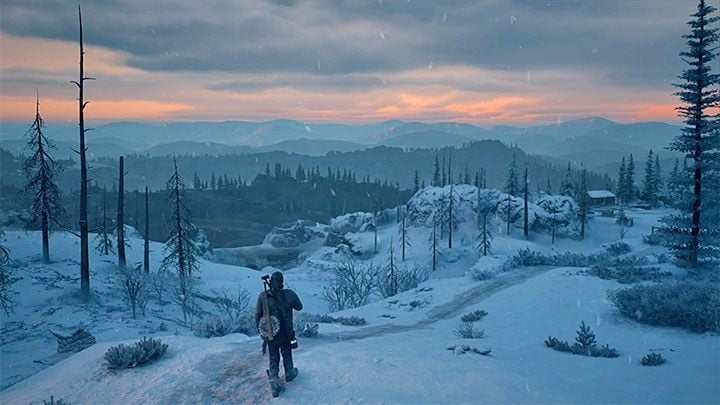 On the way to the Crater Lake your hero will be initially accompanied by Iron Mike. From the vicinity of the mountain pass you will have to go alone. When you first reach Crater Lake, the hero must first complete several story missions. Only after completing them you will visit Diamond Lake camp and you gain full access to it.

In the Crater Lake region there is also a second camp - Wizards Island. You visit it for the first time in one of story missions.

Crater Lake lies next to the Highway 97. You don't need to wait in order to unlock it, as it is immediately available after you get to the southern part of the world map. Highway 97 initially "offers" just additional attractions, but you also have to complete some important story missions later in the game. 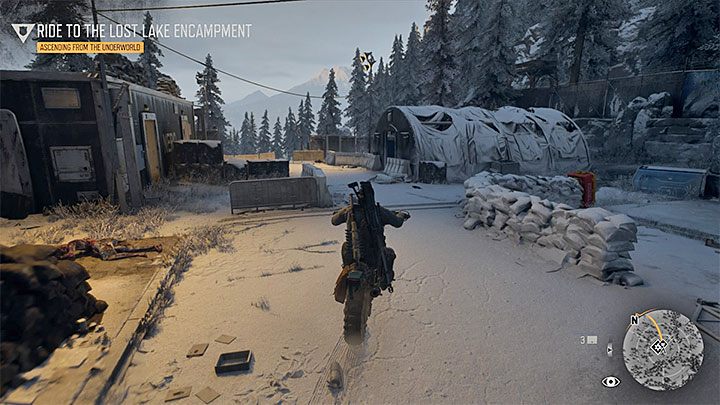 Return to the North, i.e., in Lost Lake, Iron Butte, Cascade and Belknap is possible after starting the Shadow of Death mission and following several consecutive tasks in the main storyline. This trip will temporarily block you from traveling to two southern regions of the map, that is, Crater Lake and Highway 97.

Can I continue to explore the world after completing the game?

Yes, after you finish the main storyline you can continue and travel freely around the world, i.e. in all six major regions. As part of the endgame you will be able to perform all side missions (including recently unlocked in which you have to defeat Hordes of Freakers), buy goods from traders and mechanics in the camps, or find previously missed secrets. The devs have also promised to regularly add new content after the launch of the game.