On this page of our guide to Days Gone we have provided a detailed description of obtaning the silver trophy called One Down. It is awarded for defeating any chosen Horde of Freakers. Our guide contains tips regarding the choice of a smaller horde and a description of defeating the Horde.

To obtain a platinum trophy in Days Gone it is required to defeat only one horde. Other hordes can be ignored. Attacking them is an additional activity, with some exceptions due to the final phase of the game's plot. 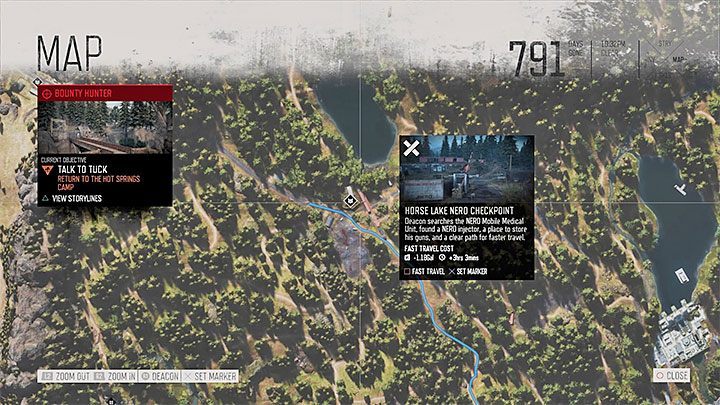 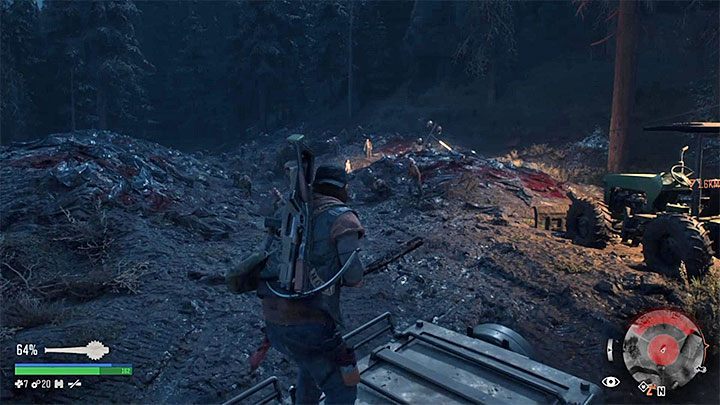 To unlock the trophy, select one of the small hordes traveling the game world, that is, the one that includes "only" dozens of Freakers. It will make it much easier to beat them all. A good example is the Death Train Horde. It resides next to the Horse Lake NERO Checkpoint as shown in image 1, which is located in the "starting" Cascade region.

Next to the checkpoint there is a railway with a train, as well as an extensive field with working machines, where lots of corpses were burned. In this area you should find a horde. 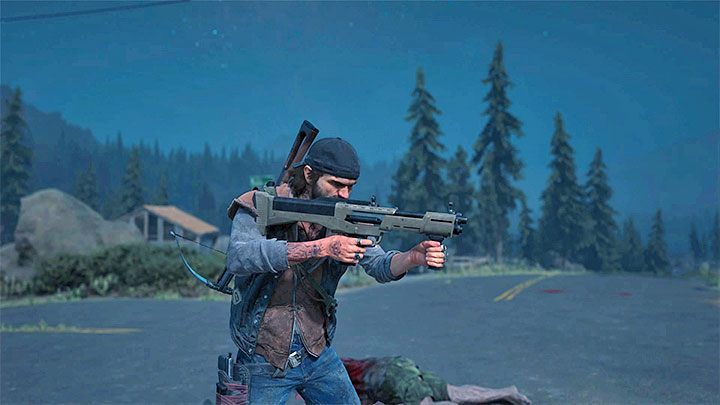 It would be good to prepare for the battle with the Horde: 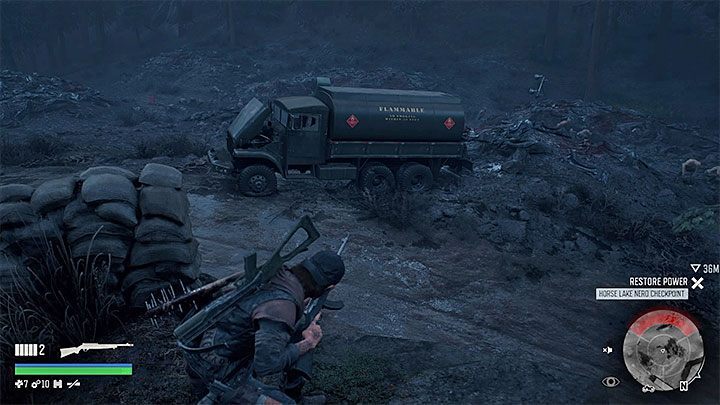 A good idea at the beginning of the battle is to throw the attractor in the vicinity of the fuel tank parked in this location. Alternatively, you can let the Horde spot Deacon and head in his direction. Shoot the tank after the horde will stand next to a large group of Freakers. 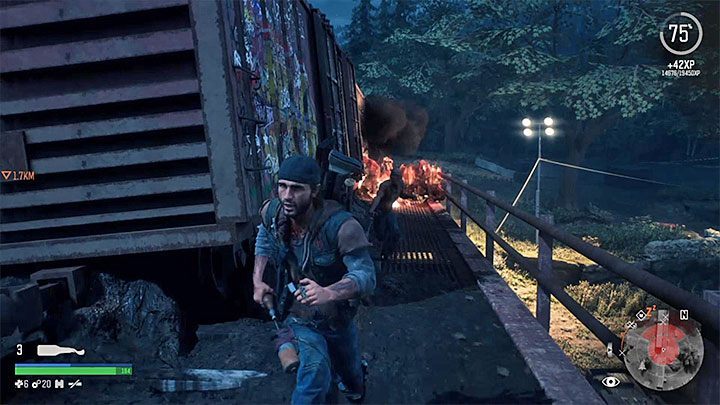 The best way to play most battles with hordes is escape combined with a random attacks. You can throw Molotov cocktails at upcoming monsters (even when they're very close to Deacon), as well as blow up smaller, explosive containers and canisters that are on the way. 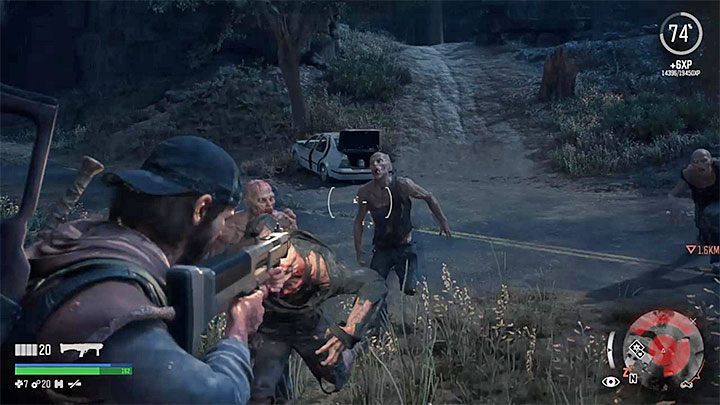 To eliminate the Freakers use the main weapon, but use it only when there are not too many enemies nearby. Help yourself with dodges not to get hit by Freakers and monitor the Stamina bar on regular basis. Do not get fully exhausted. If you need a short break, then climb into any building (the Freakers'll do it too, but with a delay) or run to your bike and leave from the area for about 100-200 meters.

You'll get the trophy when you kill the last Freaker in the Horde. If the mission with the Horde attack on the death train does not want to get completed simply return to the field with the machines where the Horde originally resided. The "remnants" must eventually return to this place.