On this page of our trophy guide to Days Gone we have provided a detailed description of This is a Knife silver trophy. This section will help you in unlocking this achievement. It is awarded for killing one of the most powerful mutants in the game with just a regular knife. This requires some preparations, which are carefully discussed below. 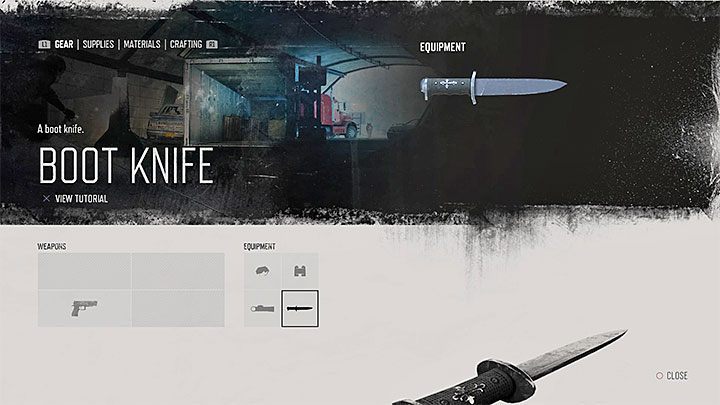 To win this trophy Deacon needs to use Boot Knife, that is the main type of knives, which is available from the beginning of the game and it is indestructible.

This trophy requires you to kill a Breaker, Reacher or Rager (a mutated bear) with the use of a Boot Knife. 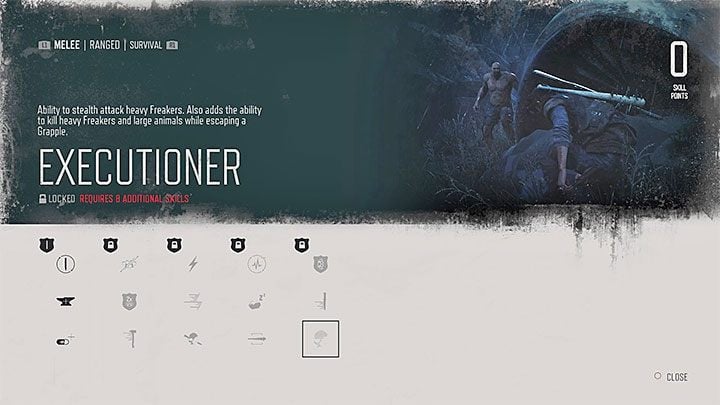 Don't try to engage in direct combat with any of these monsters. Boot Knife is a very weak weapon, and defeating even a severely weakened mutant would be difficult.

The get the trophy Deacon should lead a sudden attack, i.e., to stick the knife in the mutant's body from the back. This option, unfortunately, is not available from the very beginning of the game, since by default stealth executions are possible only on the weaker versions of Freakers. The solution to this problem is the acquisition of Executioner skill. This is a fifth level ability from the Melee tree, so unfortunately you can't get it early in the game. The effect of this passive ability gives you a possibility to attack difficult enemies from stealth mode. 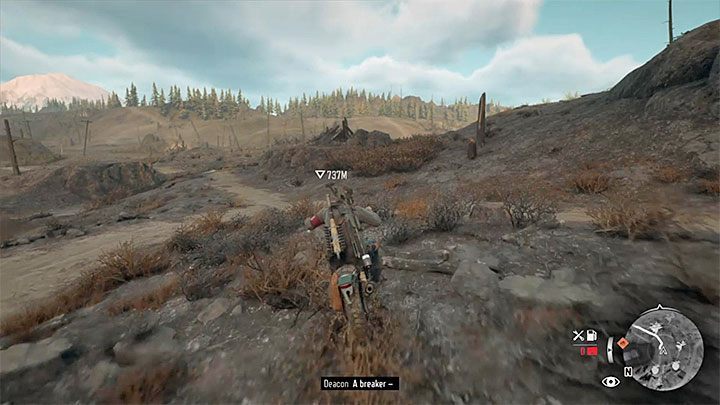 We recommend that you unlock this trophy by performing a stealth attack on one of the Breakers in the game's world. Travel through the world of the game, until Deacon will say that he has noticed a Breaker in the nearby area (as shown in the image). 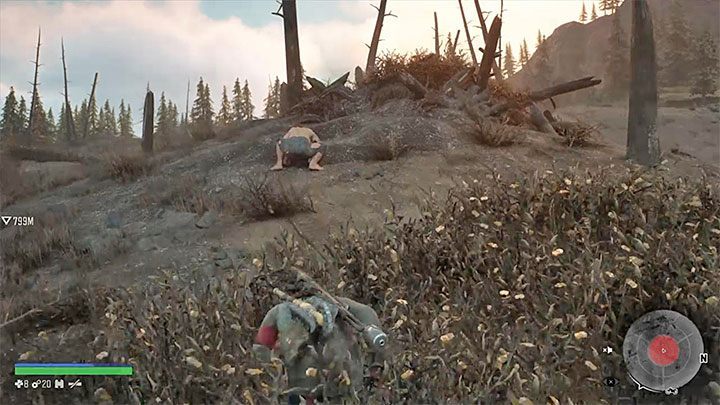 Get off the motorcycle and use binoculars to find the monster. Start sneaking up on him. Move around to get to the back of the Breaker but remember to be unnoticed. 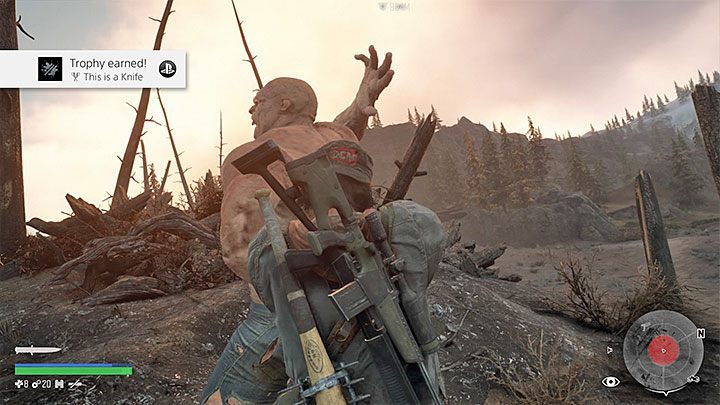 An alternative way to get this trophy may happen when Deacon gets captured by a heavy Freaker and starts the fight. In such circumstances it is necessary to complete a mini-game with a wheel and a hint. To remind you - simply press Triangle when the indicator hits green area. We described it in more detail on the page called How to use the Escape Artist skill? But keep in mind that the recommended surprise attack is much safer in our opinnion.