Deacon's motorcycle in Days Gone can be equipped with nitro. The "accelerator" in form of nitro allows you to travel faster through the game world and, above all, jump over any abyss. On this page of the guide we will show you how to install nitro on a motorcycle.

The game allows you to "test" nitro during the game's prologue. After completing the initial missions, Deacon will lose access to his motorcycle and, as a result, will lose nitro. They must be purchased and installed on a new motorcycle received from Manny. 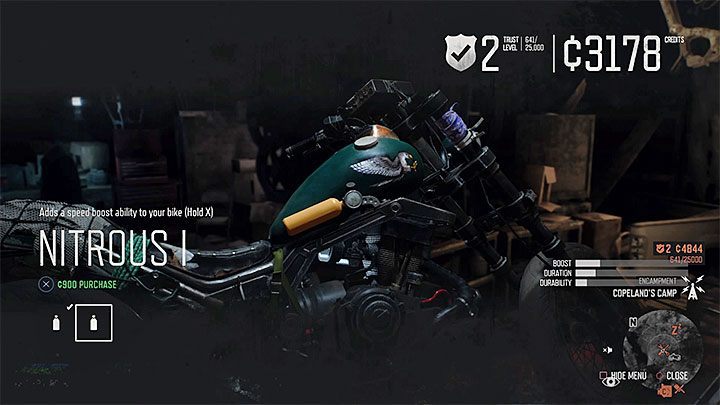 Nitro needs to be bought from a mechanic at the camp. The first generation of nitro (Nitrous I) can be located in the mechanic's offer at the Copeland's camp. Manny sells nitro for 900 credits. Unfortunately, you can't buy nitro right away. Deacon must first move to the second level of trust in Copeland camp. Complete missions and tasks related to the camp and deliver supplies and the ears of Freakers to the residents. 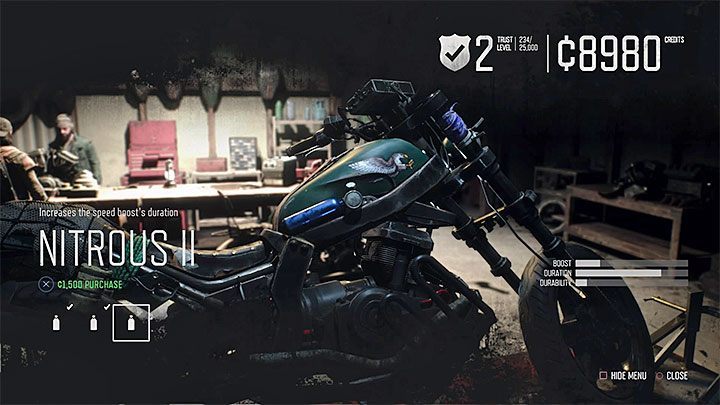 The second generation of nitro (Nitrous II) is in the offer of a mechanic from Iron Mike's Camp. The seller puts it up for sale for 1500 credits. Also in this case, early promotion to the second level of trust for this camp is required. The second generation is different from the first in the possibility of using nitro for a longer time. 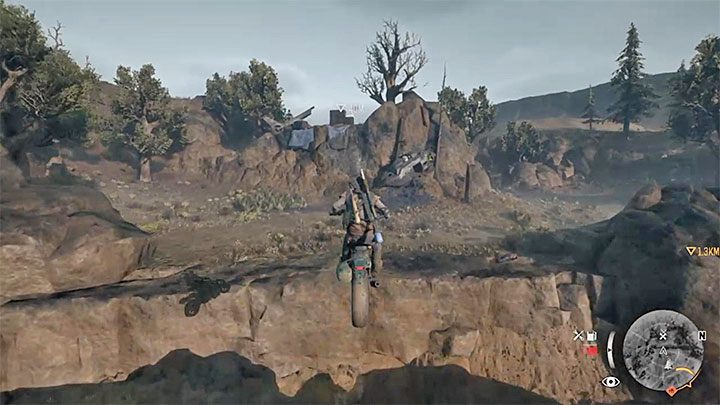 As we have already said, the unique application of nitro is the ability to pass through precipices (example in the picture). You should always find a "jump-board" and drive on it with the nitro turned on.

Jumping over the precipice will allow you, among other things, to reach several Nero posts and helicopter wreckages. A sample camp with the image is next to the crashed helicopter. Nero mobile posts as well as "stationary" offer the possibility to find injector that constantly increases one of the basic statistics of Deacon.