On this page of Days Gone guide, we've included information about crafting requirements of upgraded and enhanced melee weapons. The upgraded weapon can be improved by a sawblade or some decent spikes. Upgraded weapons cause, of course, much more damage.

Step 1 - Obtaining the crafting plans for an upgraded weapon 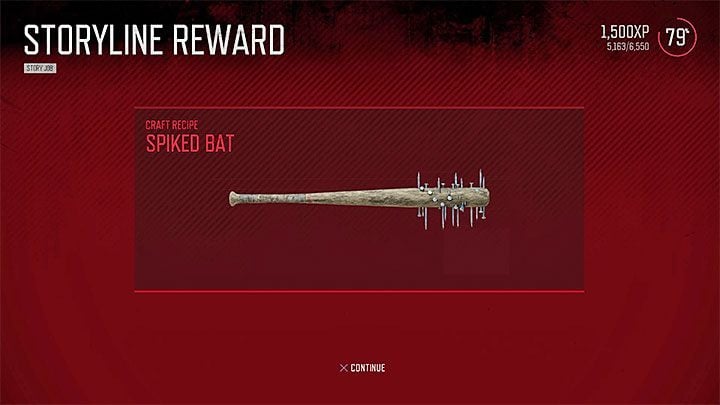 Before you will be able to produce some kind of upgraded weapon, you need to get the 'recipe' (crafting plans) describing the process. This will allow Deacon to learn the manufacturing and crafting process.

Plans for upgraded versions of weapons can be found in bunkers under enemy camps. The first plans of this kind you may unlock during the No Starving Patriots mission, which involves defeating all enemies in the bandit camp (Cascade Radio Tower Ambush Camp) and exploration of the bunker built beneath the camp.

Step 2 - Getting the main melee weapon 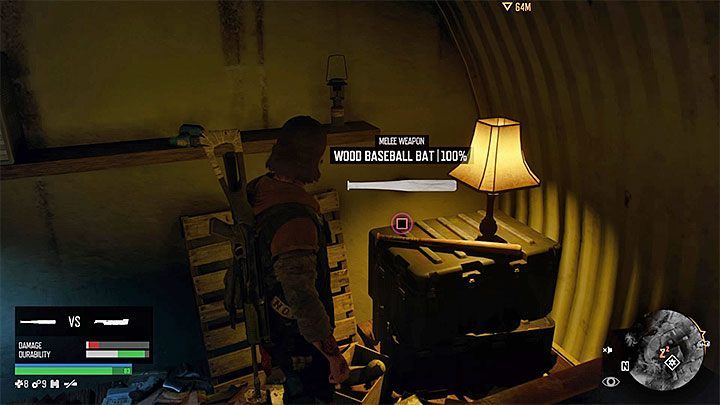 Each improved / upgraded weapon is created on the basis of conventional melee weapons. In our example we are crafting a Spiked Bat. At first, you have to find Wood Baseball Bat somewhere in the game world. 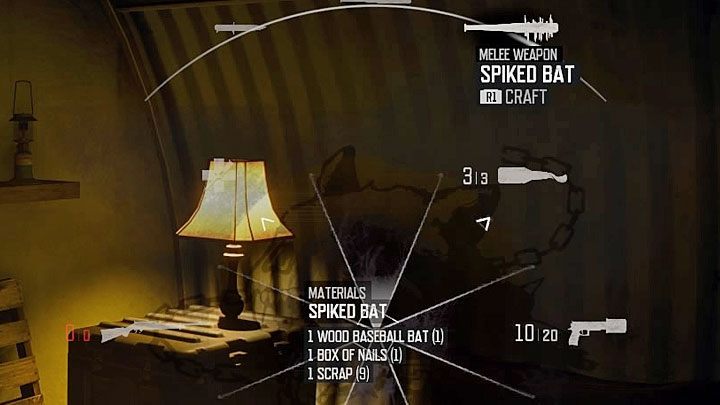 After obtaining the required melee weapon, hold L1 to trigger the survival circle. Go to the top of the wheel, i.e. to the category of Melee Weapons. You can find the weapon upgrade plan in the list. Each upgrade requires additional components for crafting. In the case of a Spiked Bat there are - 1x scrap and 1x box of nails. You can press R1 to create a new weapon 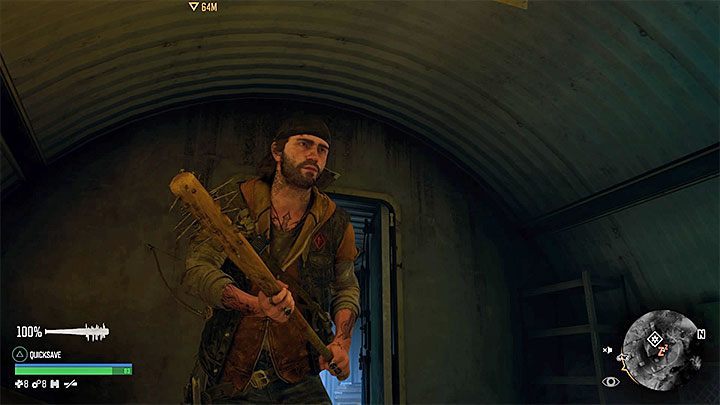 After crafting the upgraded version of a weapon you may select it from the drop-down menu. Upgraded weapons are as durable conventional ones. It's worth to unlock the Field Repairs skill, which allows you to fix damaged weapons. Regularly open the survival wheel and "sacrifice" subsequent scrap units to repair weapons to its full functionality.