No Starving Patriots - this is one of the initial missions in Days Gone. During its completion, probably for the first time you will meet with the topic of finding and exploring the underground bunker. On this page of the guide we will show you how to find a bunker in the camp with a radio tower. 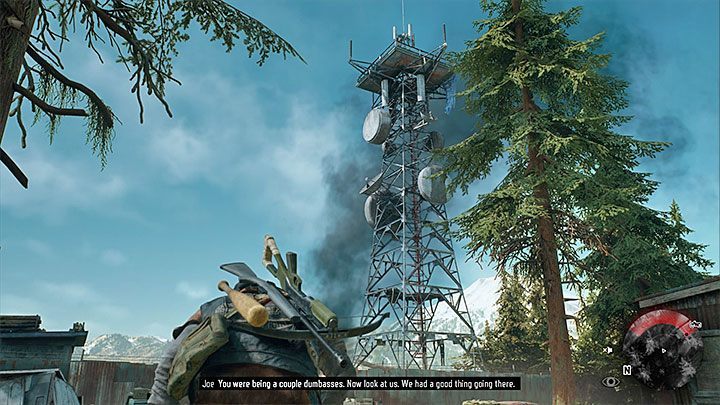 The mission No Starving Patriots is part of the Gear Up for the Ride plot. During this mission, you need to get to the camp on the hill and get rid of Marauders who reside there.

After defeating the bandits you have to restore the power of the radio power (get to the interactive switch). 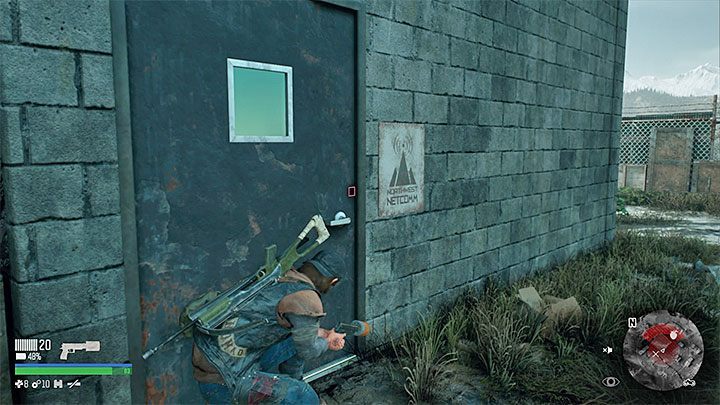 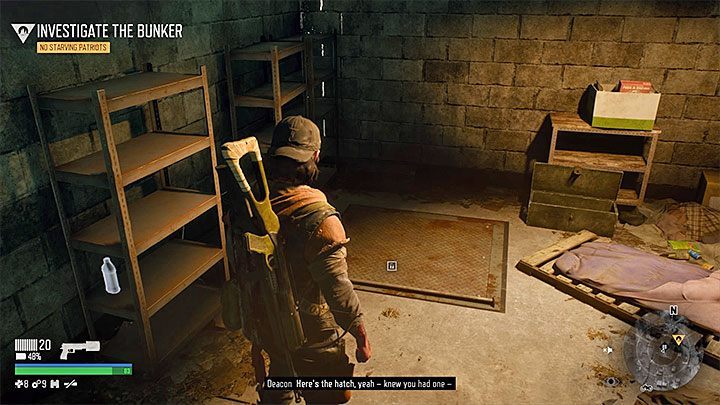 It's worth to start searching for the bunker after the radio tower starts working again. Get to a small building on the campsite (image 1). Entering it, find a square metal hatch in the floor (figure 2). Deacon crack it up with a knife and open access to the stairs that allow you to go down into the bunker. 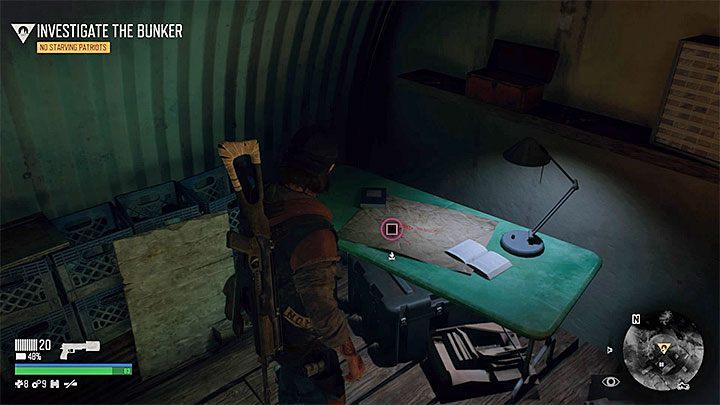 The main item that can be obtained in the bunker is an interactive map. By exploring it, you complete the mission and as part of the reward, you unlock new crafting plans for melee weapons with spikes (Spiked).

In addition to the crafting plans of new weapons in the bunker, you can also find a bed and a weapon locker.

There is an opportunity to explore many other bunkers in the further parts of the main campaign. They are usually found under most of the camps occupied by the enemy. They also allow you to use beds and cabinets for weapons, although each of them have new and unique crafting plans.