This section of the Guide for Darksiders 3 explains how to get to the high shelves. Many of them may initially seem inaccessible to Fury, but thanks to one of the new essences (powers) this problem can be completely solved. 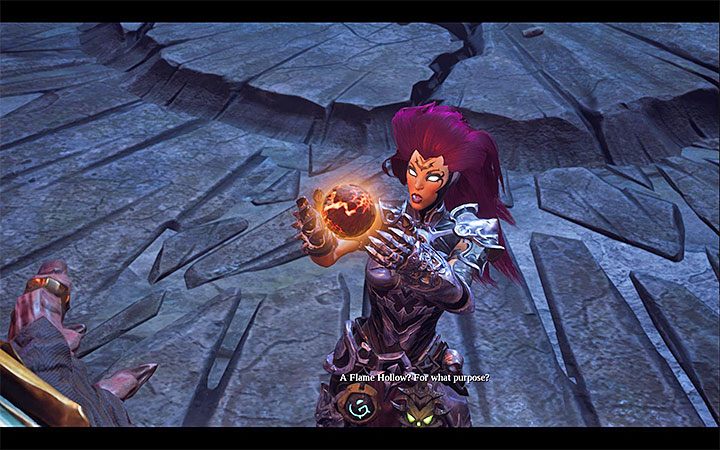 High shelves and platforms will be there from the very beginning of the game, but unfortunately, you initially can do nothing but try to find alternative paths to your destinations.

This problem will be solved after you unlock the Flame Hollow. That's the reward for killing the Wrath boss. 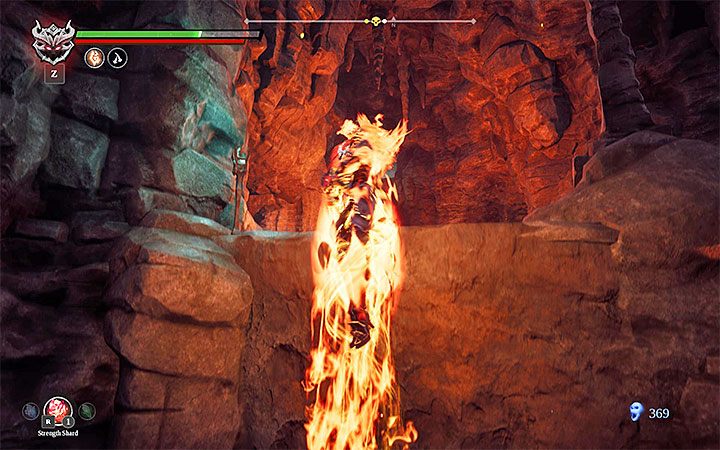 Set the flame essence as active (hair should change its color to orange) and get to the place where you want to start climbing. Press the jump button, then press and hold it in in the air. Fury will soar upwards (the Flame Jump skill) - see the illustration above. This will allow you to get to the intended shelf.

Fury can also soar during big jumps over precipices, which additionally involves capturing interactive hooks with the whip.