This page of our Darksiders 3 guide contains a walkthrough for the final moments of the campaign. The most important part is defeating Envy. This is one of the Sins, i.e. mandatory bosses to eliminate during the main storyline. We've listed Envy's attacks and how to deal with her.

Information about the finale

Darksiders 3 ends with a series boss fights. The first one will be Pride, which promised you the opportunity to enter its temple in the last place. The last fight is with Envy, which seeks to destroy the whole world order and abolish The Council. The walkthrough for the battle against Pride can be found below, the walkthrough for the final confrontation with Envy can be viewed on the next page of the guide.

The fight against Pride

The first fight will take place in the Heaven. Get ready for the start with Pride, the last of the main sins. Do you remember the entrance to her temple at the checkpoint South End? Now the door of the Pride Temple will be opened to you. You can divide the fight against Pride into two phases. In the first one you only fight with one opponent. In the second, you have to fight not only with the Pride, but also avoid a deadly beam. 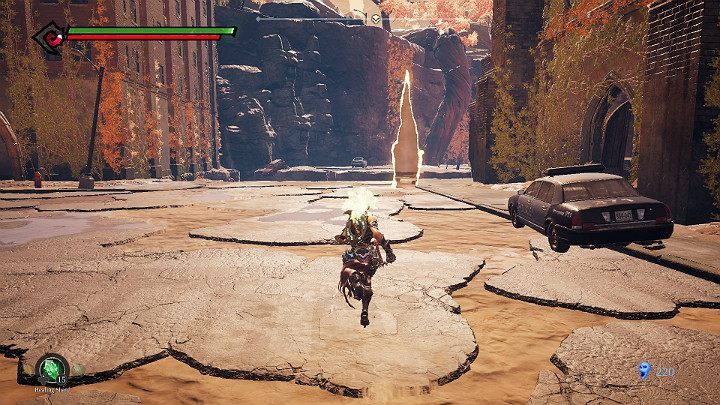 You have fulfilled an earlier agreement with Pride and have eliminated the remaining main sins. As promised, you can now start a duel with your last sin. Enter her temple through an open portal.

Pride covers itself with a protective bubble, which absorbs a certain amount of damage. It is only after it has been broken up that you can deal damage to Boss. The bubble is renewed from time to time, but during the spell animation, you can damage your opponent.

When Pride moves away and raises the sword upwards, it is a signal that in a moment it will start firing the guided projectiles. You can avoid them with the usual short dash.

When an opponent has about 50% health, it will start using a beam of energy. Any contact with a beam will result in a certain amount of damage.