This page of our Darksiders 3 guide contains a walkthrough for Sunken Tracks. The main character needs to solve a big riddle involving a railway wagon. This will allow her to reach the lair of a new boss.

Sunken Tracks is another stop on your way through The Depths. Here you will find another metro station with a puzzle to solve. Sunken Tracks is also the last stage before battling the next Boss - Gluttony. 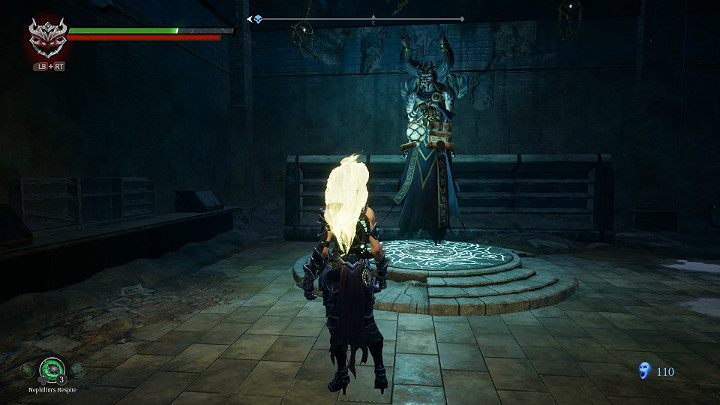 Make sure you have activated the checkpoint. You will always be able to come back here if you slip in the next fight.

To proceed to the next stage of your journey through Sunken Tracks and get to the Boss, you will have to solve a puzzle involving a subway car. Below you will find detailed instructions on how to do this. 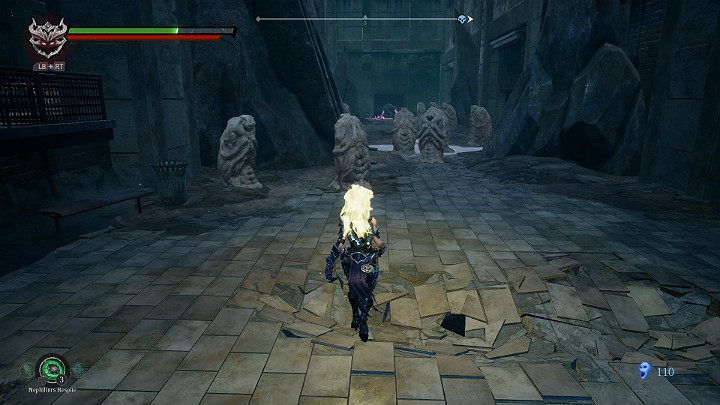 As you walk between the statues, watch out for potential enemies who may be hiding inside them. It is best to smash them from a long distance. This area is also patrolled by two other creatures that can spit acid. 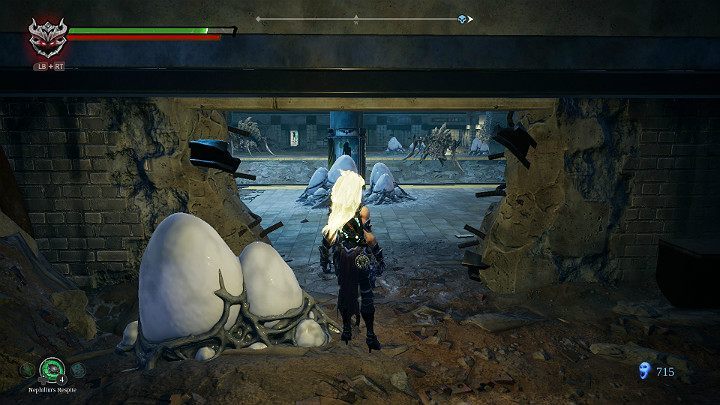 After breaking the wall, you will get to the platform. There are two rather large spiders in the area. If you don't want to fight them in the open, just lure them into this narrow gap. You will be able to attack them easily and the spiders will not enter the room because the hole in the wall is too small. 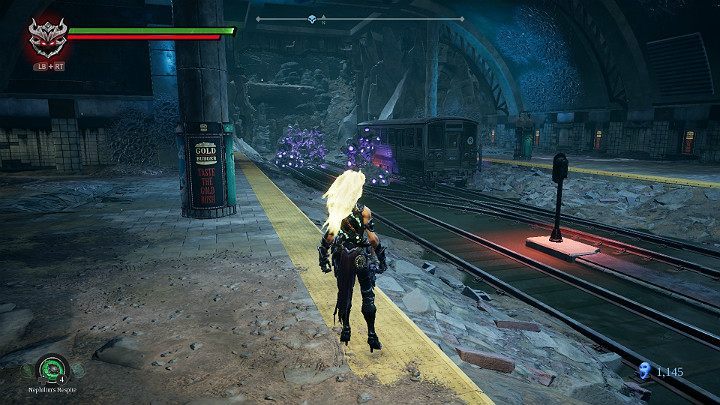 Now, you'll need to smash all the obstacles on the tracks. 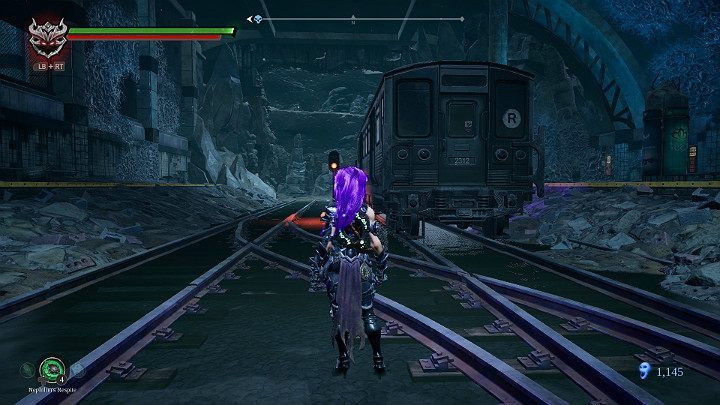 When you break all the boulders, the car will be able to move freely on the rails. To move the car in the direction Fury is facing, you will first need to move the crossover. 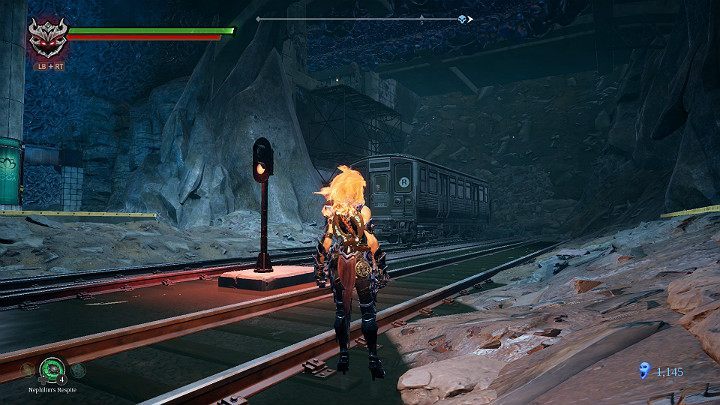 Move the car into the spot shown on the picture above. Use the hammer. 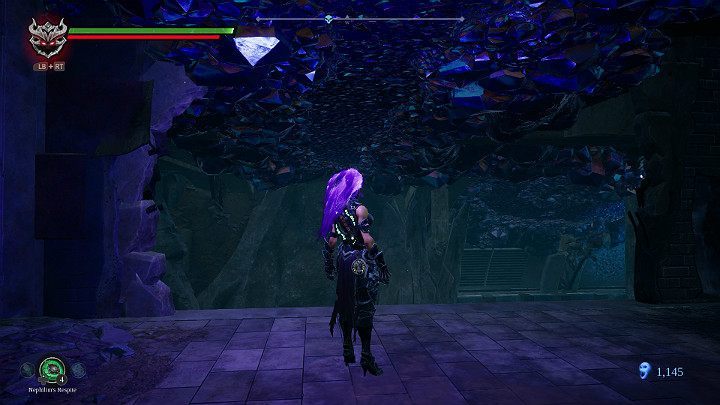 Jump to the upper level, and use the special property of force hollow to roll on the ceiling to the next room. 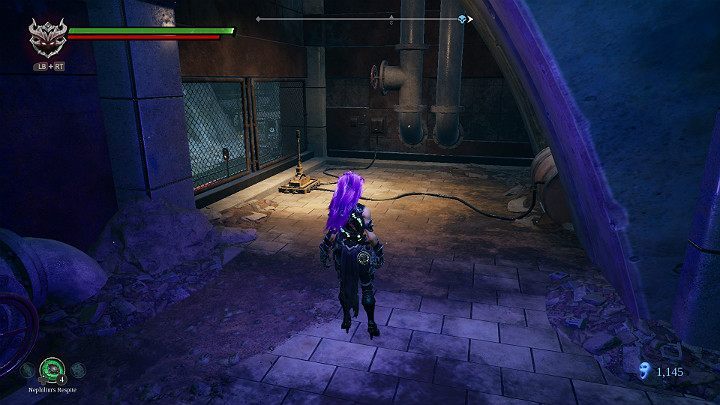 Move the lever to activate the crossroads. Leave the room through the door that just opened. 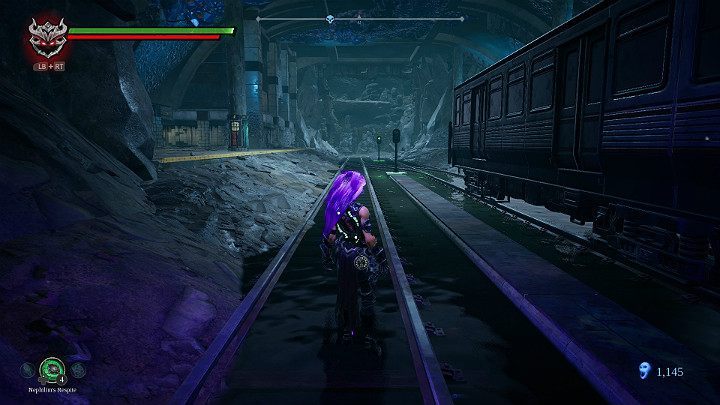 Notice that the light has turned green, which means that the crossover is set correctly. 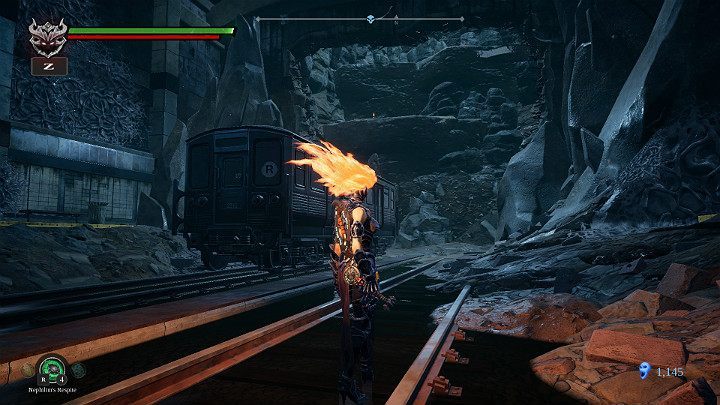 Hit the car to move it closer to the rock shelf. Jump onto it, collect the item, and proceed along the path. 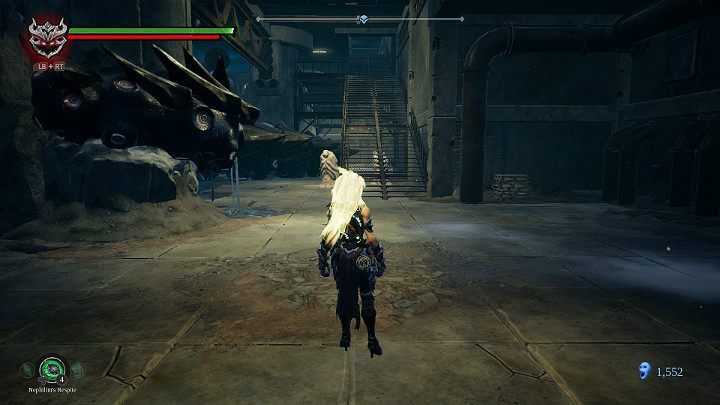 These stairs lead to the next Boss - Gluttony.