This page of our Darksiders 3 guide contains a walkthrough for Mangled Freeway. In this location, aside from standard exploration, you'll also have to face a mini-boss - Kraken. 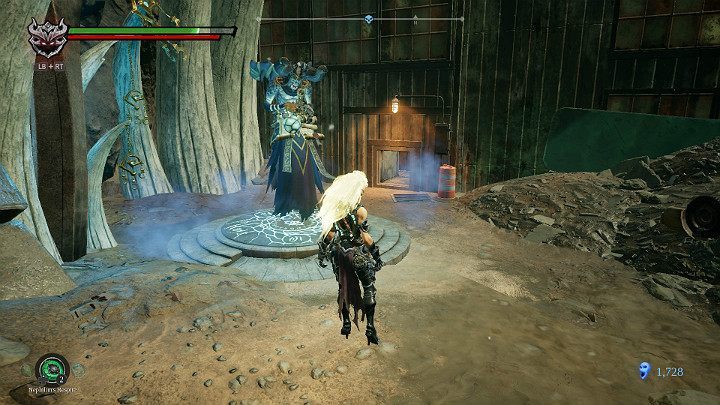 You've come to the next checkpoint. Before you are on your way, do the errands with Vulgrim. Go through the ventilation duct. 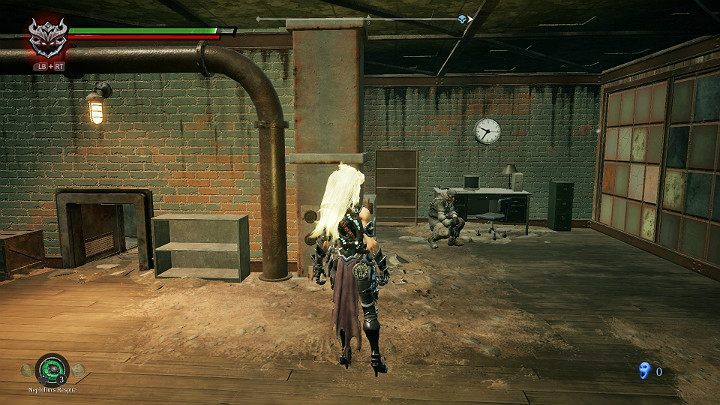 In a small room you'll find another man to save. 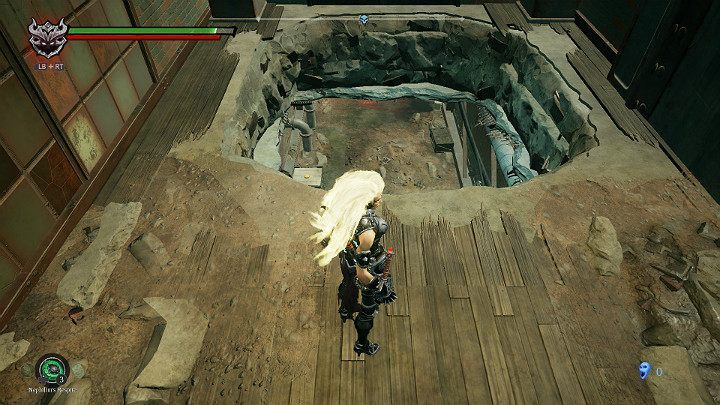 Jump down to the lower level through the hole in the floor. 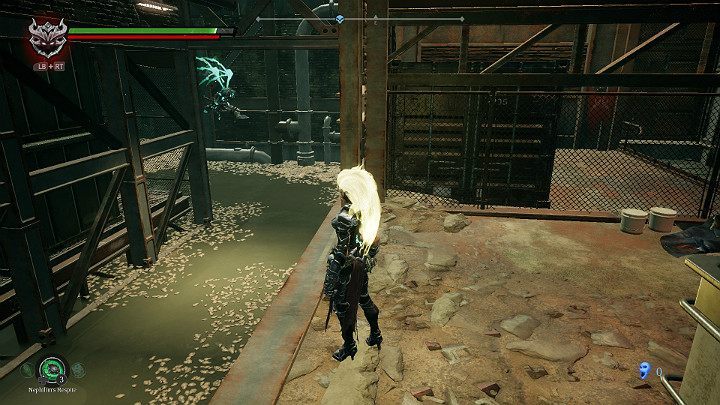 On the right side you'll find several opponents. However, before you go there, go left first. 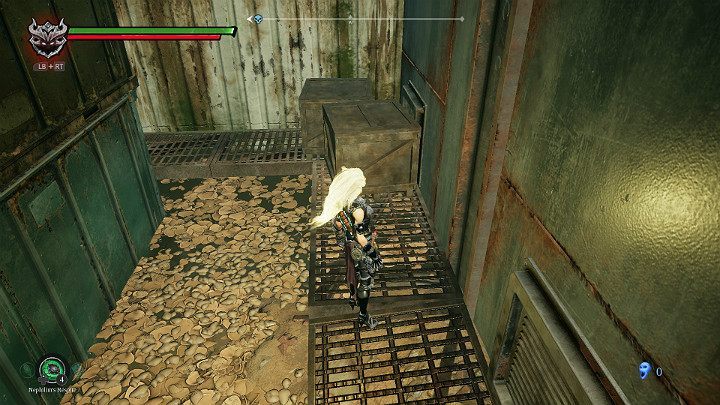 Break the crates and enter the ventilation duct. 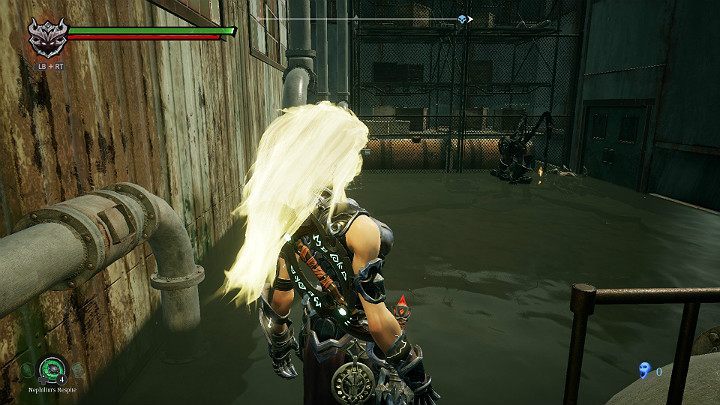 After killing this opponent, you'll receive an artifact and an item that allows you to spend one Attribute. 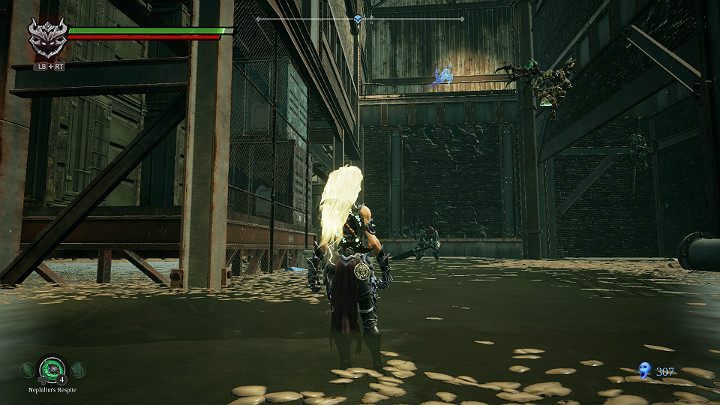 It's time to eliminate opponents in the next part of the severs. Two flying opponents and one patrolling skeleton should not cause you too many problems. 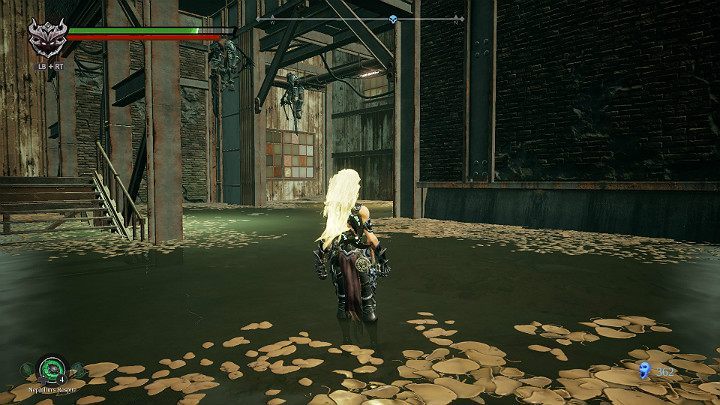 Pay attention to suspended opponents that you can knock down. On the left, on the container, you'll find another item. 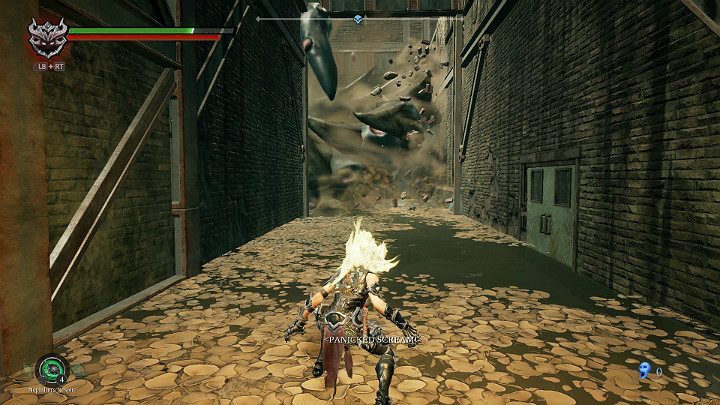 As you walk through the corridor, a large tentacle will break the wall. You don't have to worry about it yet, but know that you'll eventually have to fight this creature. 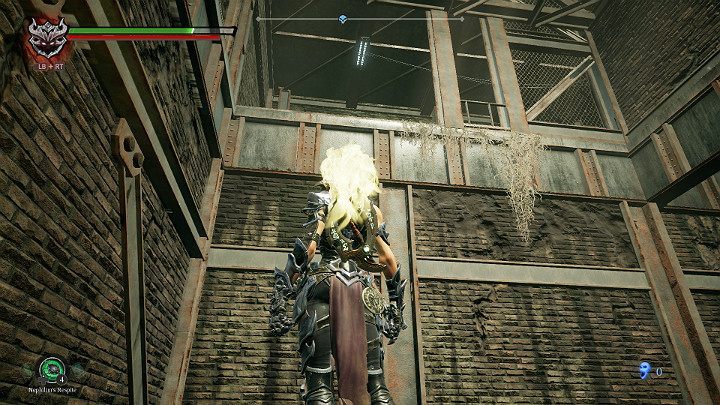 Jump to the upper level. 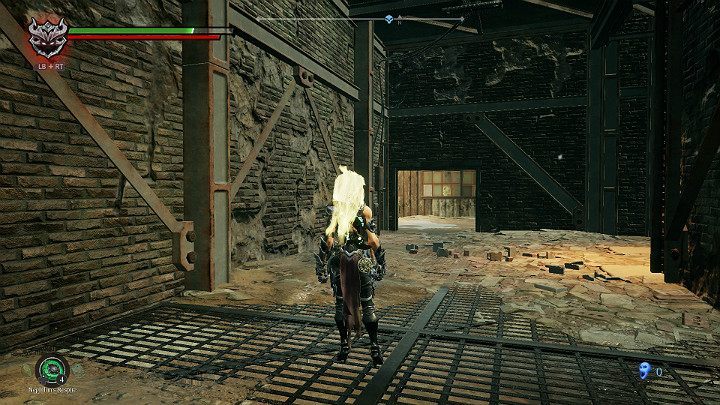 After going through the door shown in the screen above, you'll have to deal with two flying opponents. 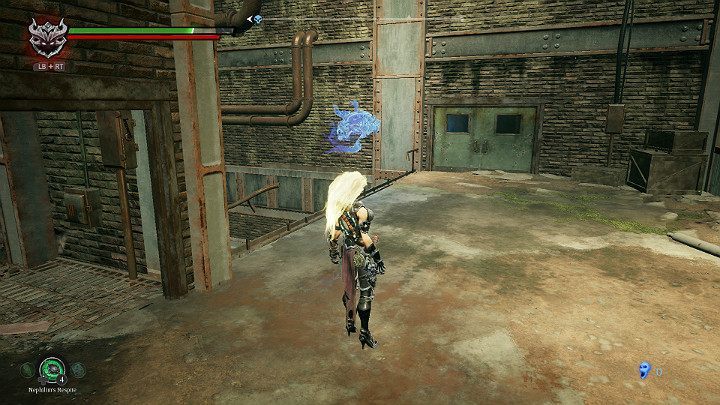 Collect the souls and look ahead. 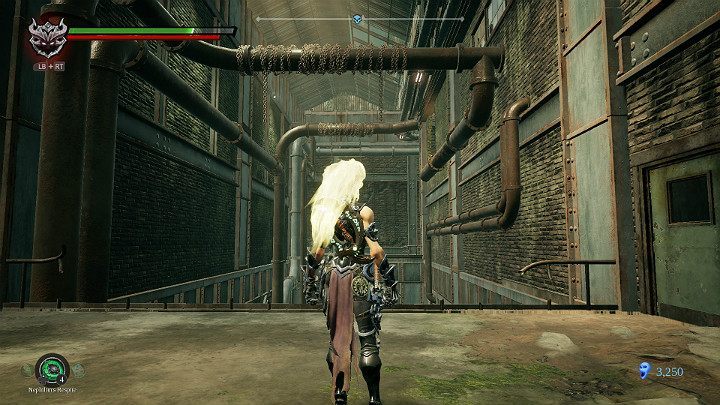 You have to jump to the other side using your main weapon. 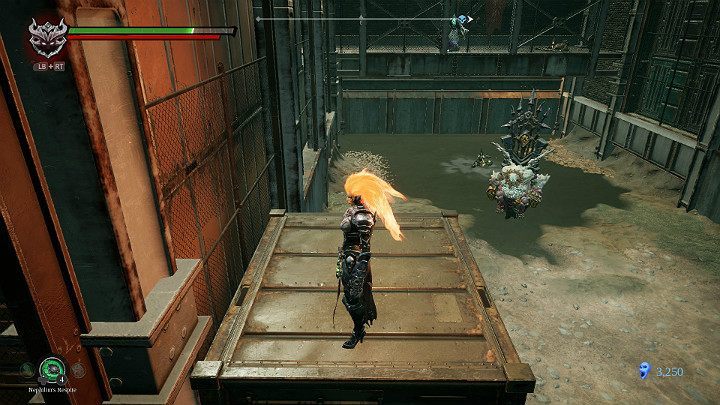 Below, there is a bigger opponent. Pay attention to the necromancer, who is behind the net and summons smaller opponents from there. It's worth taking care of the sorcerer first and then finishing off the rest of the targets. From the container shown in the screen above, you can jump higher to get to the protected enemy. 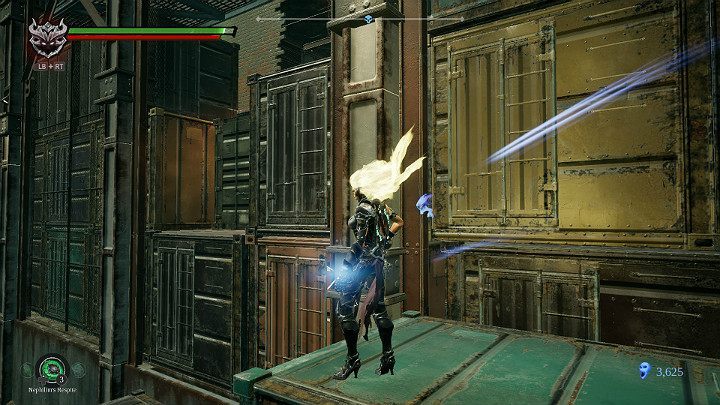 After eliminating the remaining opponents, jump onto a larger container and then up. 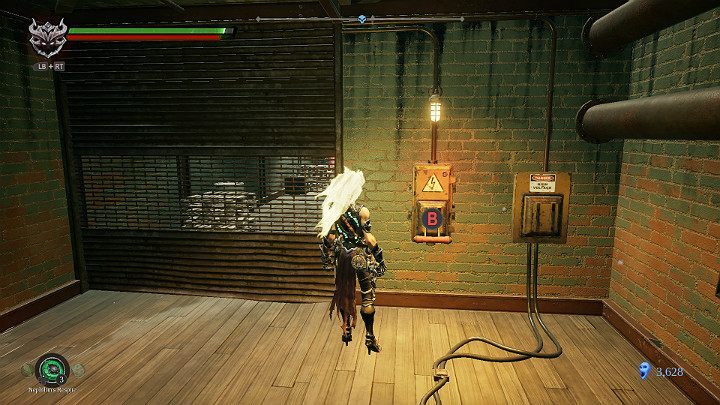 Open the door and get ready to fight. 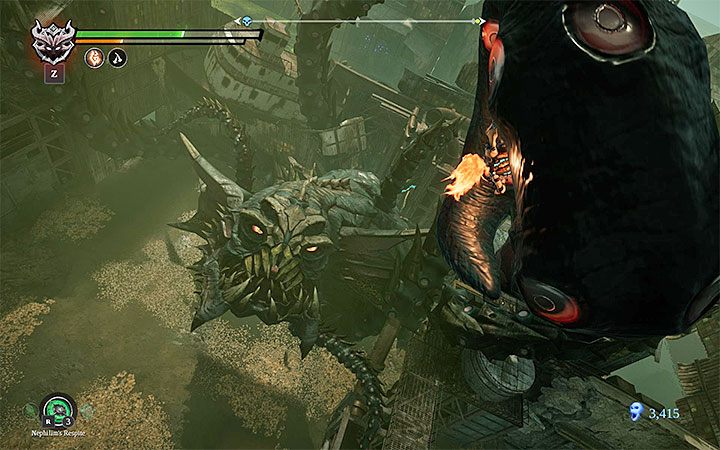 Fury has gotten caught by Kraken. The battle begins once you land in shallow water. 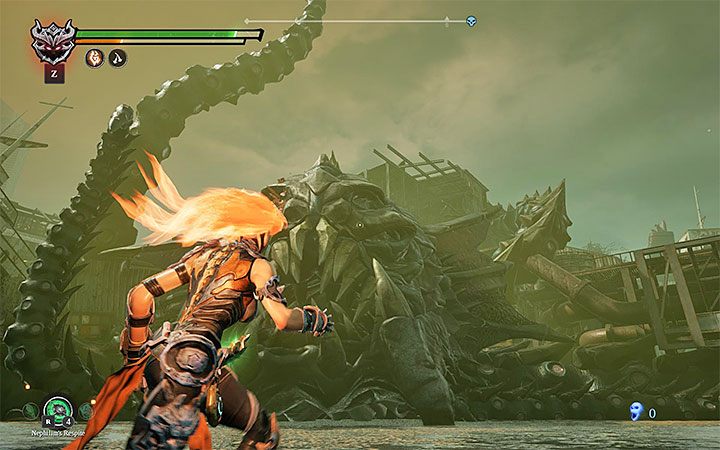 The opponent attacks in a fixed sequence - first one tentacle, then the other one and a strike to the ground. Side attacks can be avoided, and a double hit only staggers you. 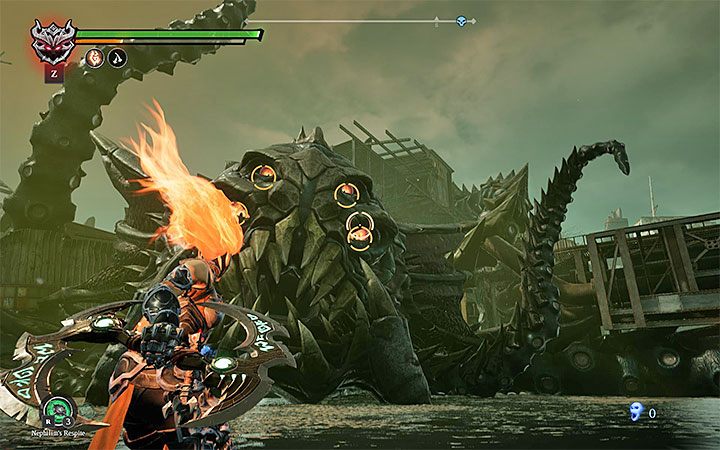 The opponent's weak point are his eyes. Unfortunately, he has 4 of them and you'll be unable to gouge them all out using single attacks. To do this you must use Salvation and block all 4 targets at once - the image above shows the correct preparation for the throw. When you mark all the targets and attack, all of the Boss's eyes will be gouged in one go. 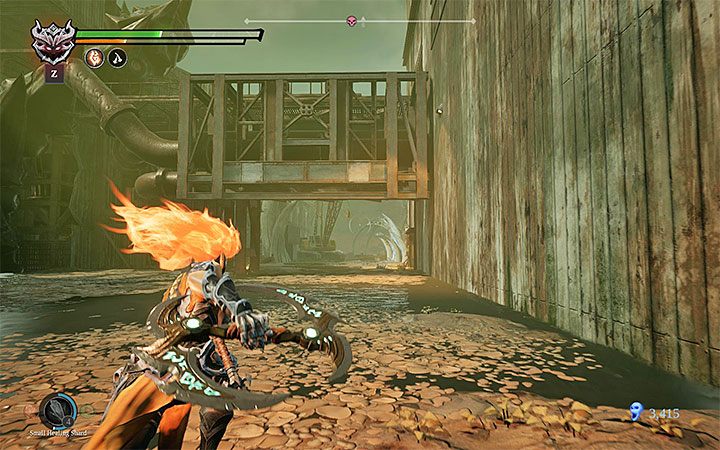 Stop fighting - you have to run. The blinded opponent will curl up and open a passage for you on the right side. 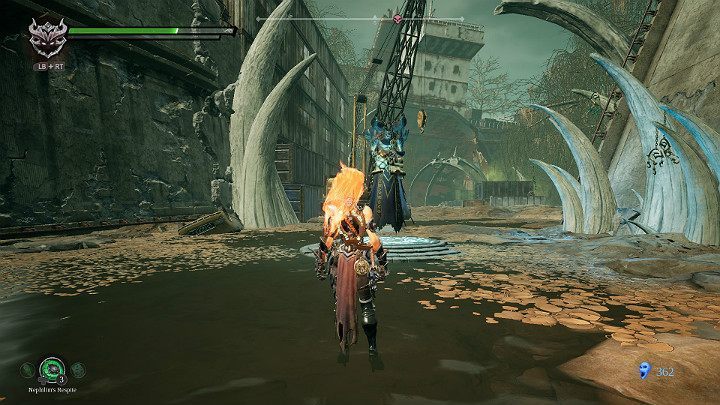 You have reached the next checkpoint. Now will be the best moment to strengthen your weapons, upgrade and do some shopping. Soon you'll have a tough fight ahead of you. 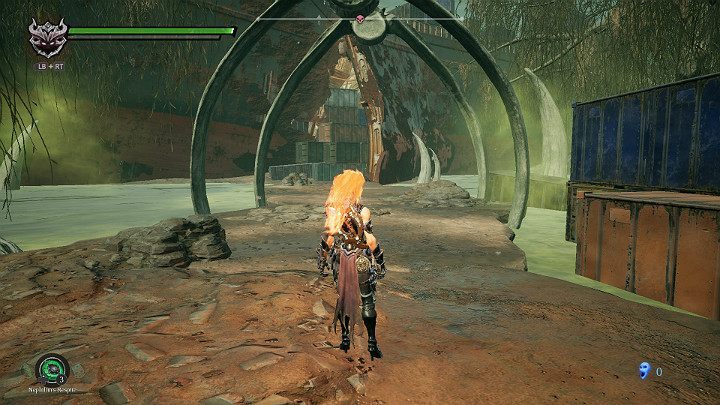 Climb the containers to get on the freighter and get ready to fight Desire.