This page of our Darksiders 3 guide contains a walkthrough for the initial part of Boneland. The main character must, among other things, go through the area known as The Hulking Carcass 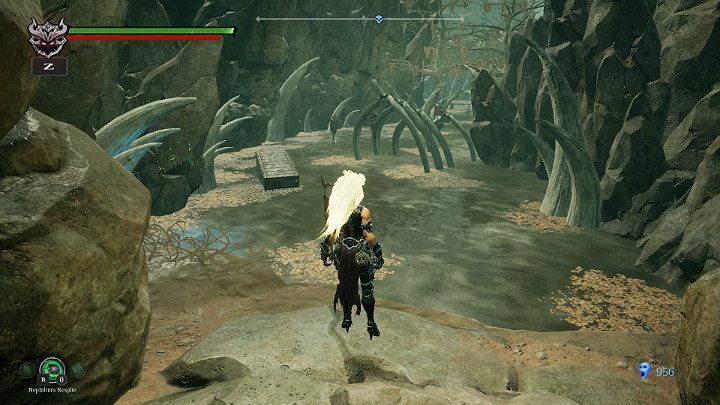 Boneland is a dangerous area where you'll find new types of opponents and some though challenge to conquer. Watch out for acid ponds and hanging opponents. 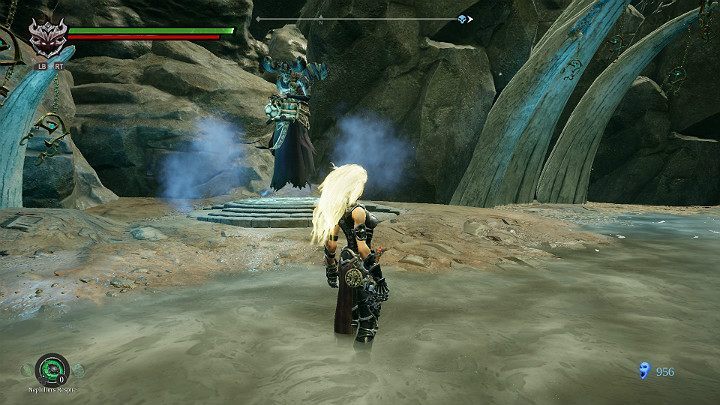 The first thing you should do in the new location is to activate the checkpoint. 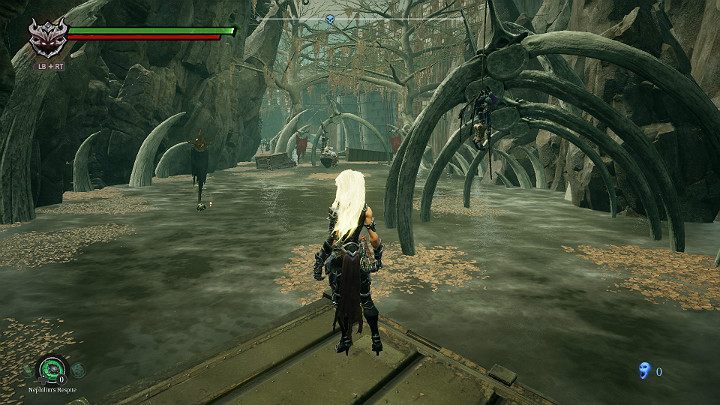 Pay attention to the puppets hanging on the rope. They are only seemingly harmless because they are in fact sleeping opponents. You can knock them off the rope and eliminate them. In the distance you can see a patrolling creature who sits on the throne. It has ranged attacks but can also fight in close combat. 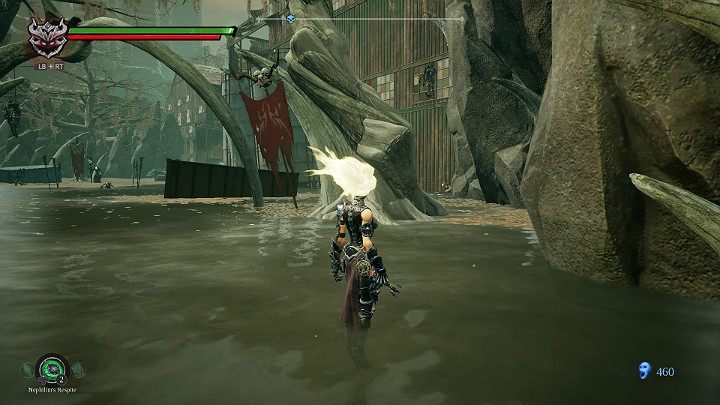 On the right side there is another hanging opponent and an item to collect. 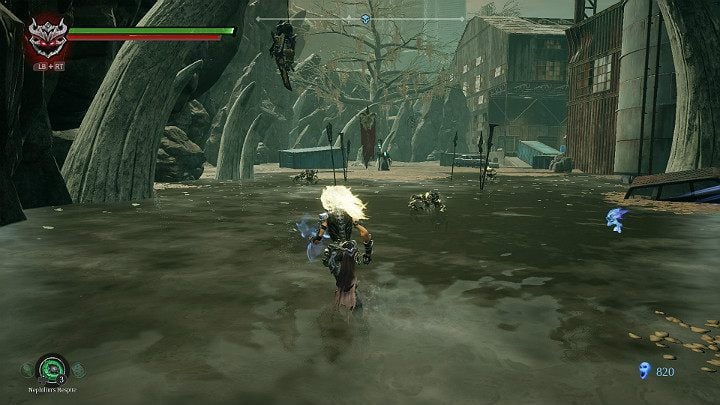 In the distance you can see a new kind of opponent - necromancer. He summons smaller creatures, so eliminate him as soon as you can. As you run, watch out for the hanging opponent on the left. 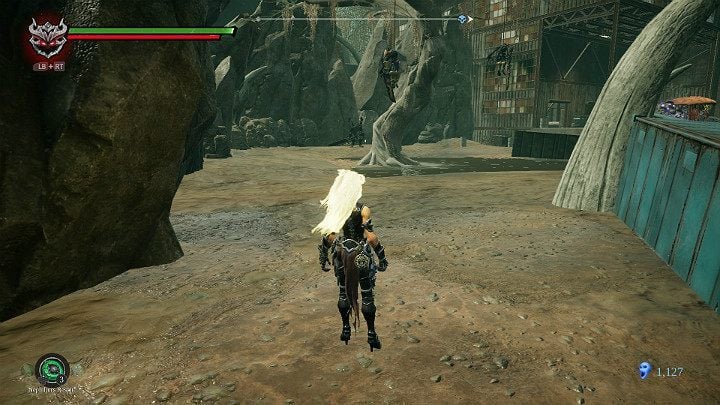 In front of you is a tree with 2 hanged enemies, and behind them is a stronger opponent, for the defeating of which you'll receive an artifact. 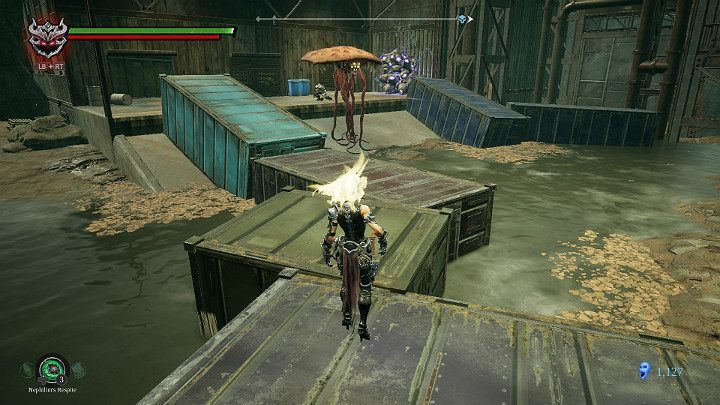 Eliminate the opponent hiding behind the neutral creature. Behind the containers visible on the right is an item to collect. As soon as you jump there, opponents will come out of the water and you'll have to deal with them. 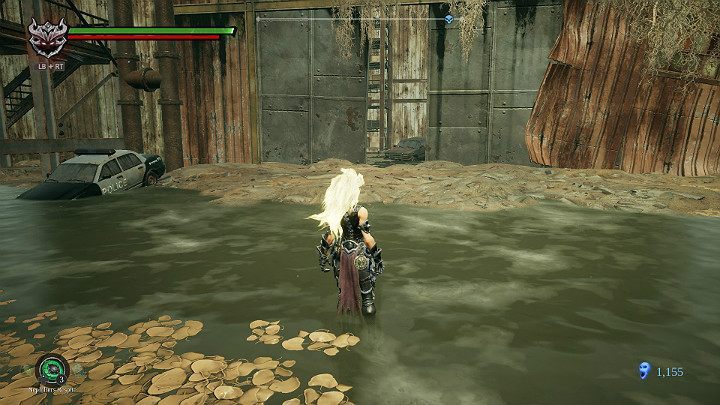 Enter the hangar through the large gates. 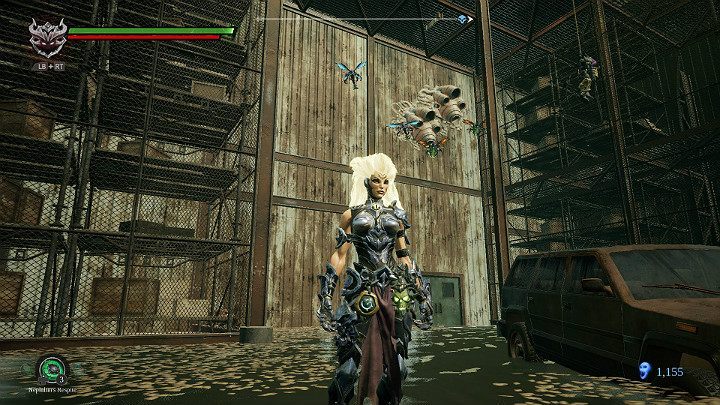 Inside you'll find several flying opponents and one hanging enemy. Collect the items and go outside. 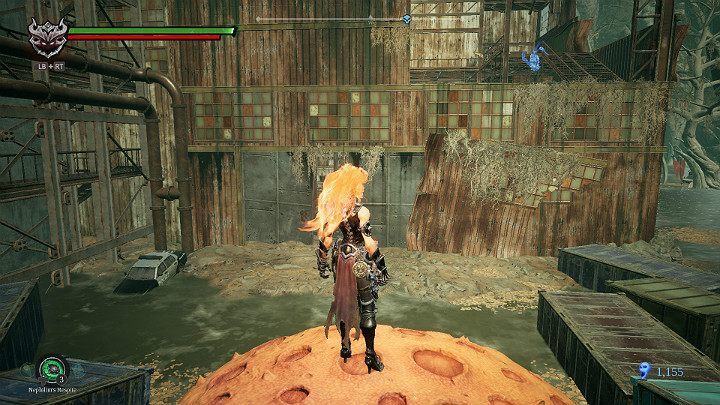 Jump on the head of the neutral creature, then jump and hit it from above. 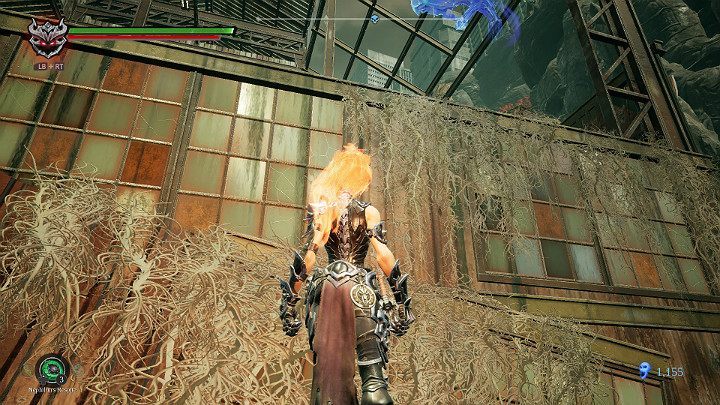 Jump up and collect the levitating souls. 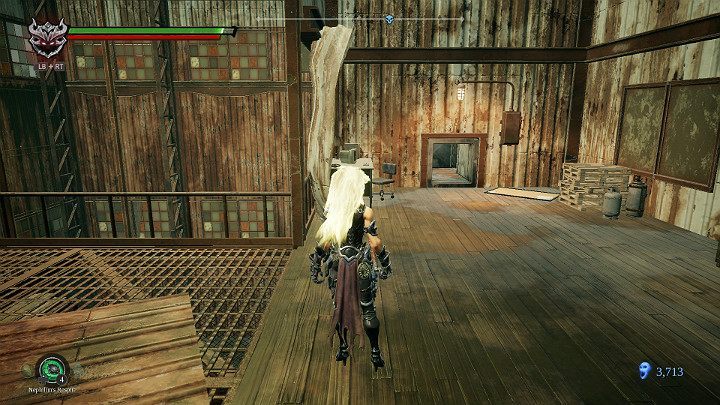 Enter the ventilation shaft. When you are inside, there will be an item to collect on the right side. 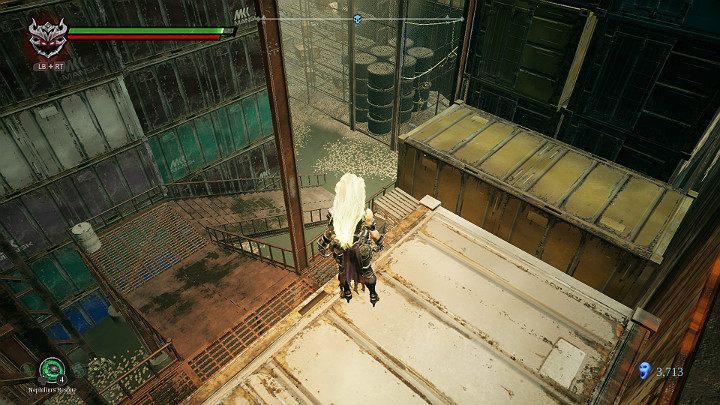 Jump all the way down, there are no opponents here.