This page of our Darksiders 3 guide contains a list of all available weapons. Barbs of Scorn are available from the start of the game. All remaining weapons must be acquired as you progress through the main plot. In addition to listing the weapons we have prepared some tips on how and when to use each weapon. 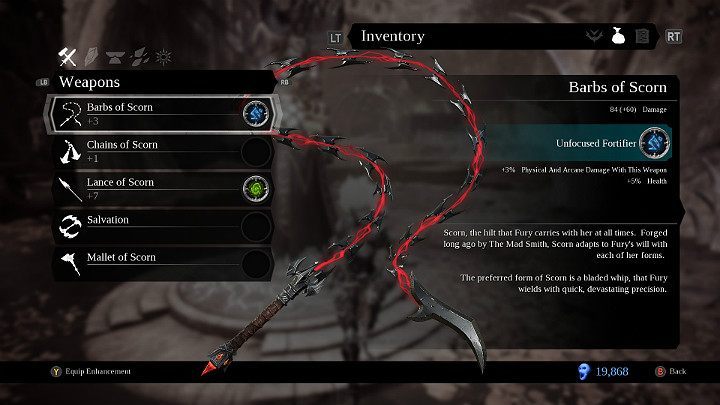 Fury's default weapon in Darksiders 3. Barbs of Scorn can be used from a greater distance. This weapon deals physical damage. Barbs of Scorn work like a whip that can damage a few enemies at the same time. They are useful when, i.e. you want to stun an enemy and interrupt their attack. What is more, if you attack that enemy right after you stun them, you will pull that enemy towards you and be able to continue your combination with an additional weapon. Barbs of Scorn are useful when: 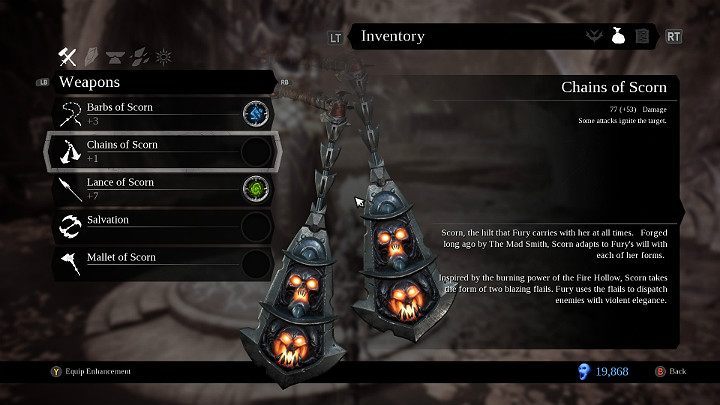 Chains of Scorn are the second weapon available in Darksiders 3 - you receive them after unlocking Flame Hollow. They allow you to use quick attacks, but their reach is really small. Chains of Scorn won't deal a lot of damage, but they can set a target on fire - this enemy will keep receiving fire damage for a certain period of time. Chains of Scorn are useful when: 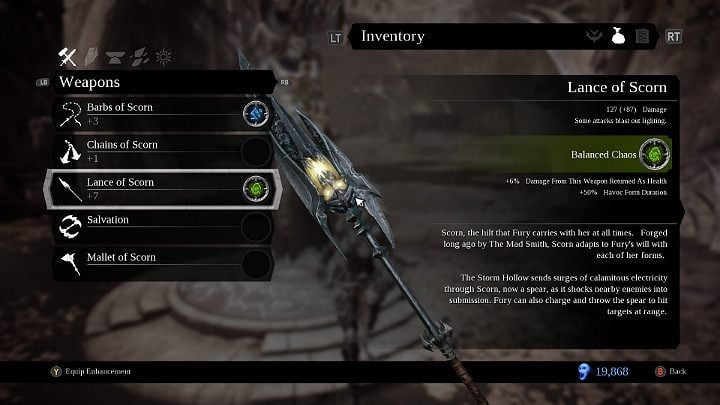 Lance of Scorn is the third weapon available in Darksiders 3. You can use it after you unlock Storm Hollow. This weapon allows you to use deadly stabs and to damage your enemies with lightning bolts. Lance of Scorn deals much more damage than the previous weapons so focus on upgrading it. Lance of Scorn is useful when: 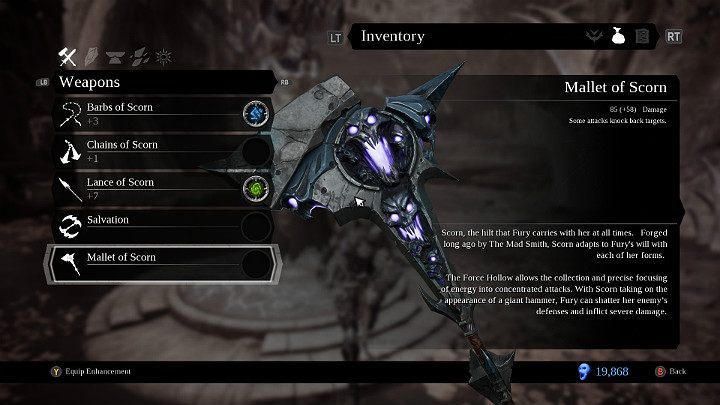 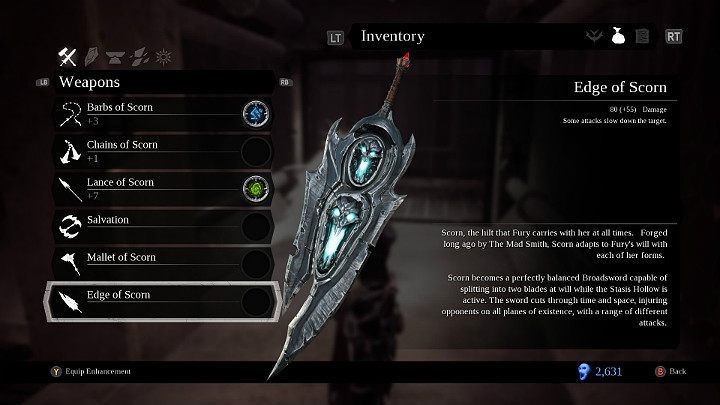 The Edge of Scorn is the first and only sword in the Fury's assortment. With this weapon you can carry out long-range attacks of incredible power. Unfortunately, the blade is quite a slow weapon, so it will require a lot of skill to use it efficiently in combat. The Edge of Scorn is useful, among other things:

With some attacks, the blade can split into two smaller weapons and injure enemies around Fury 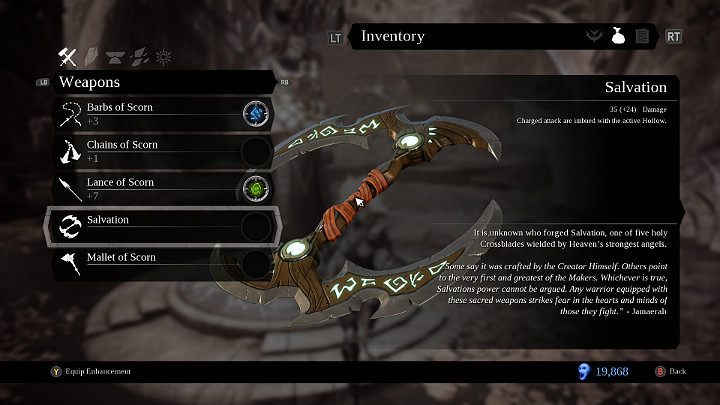