This page of our Darksiders 3 guide contains a walkthrough for the boss battle against Greed. They is one of the Sins, i.e. mandatory bosses that have to be eliminated in order for the story to move forward. We've listed the boss' attacks and how to emerge victorious from the clash. 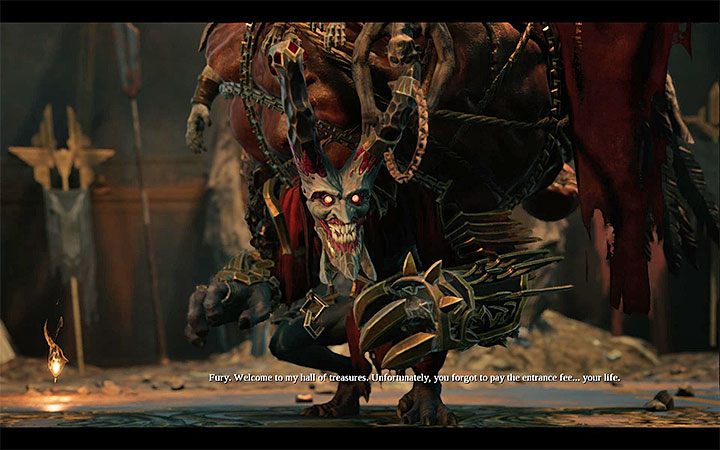 Greed is a very unpredictable opponent in Darksiders 3 who will surprise you more than once. During combat, he uses foul play and various items that he will try to hit you with. Try to never lose sight of your opponent. Here you can find a couple of tips for fighting Greed.

The beginning of the fight

As soon as you enter the arena, the opponent will shorten the distance and simply jump on you so be prepared to dodge.

Keep the boss in sight 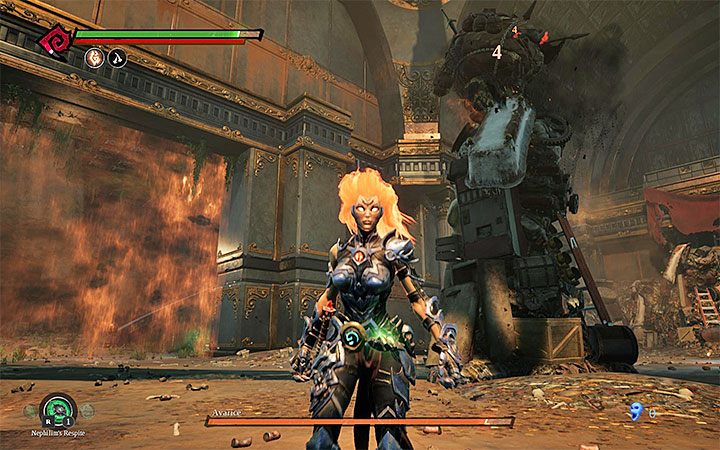 Try to keep eye contact with your opponent during combat. Sometimes it will be very difficult and you can lose sight of your opponent as he will quickly jump between the pillars of scrap metal.

If you rely on locking the camera on an opponent, it's very likely that it will turn off after Greed jumps on one of the posts. Don't forget to turn it on again after the boss returns to the lowest level of the Arena. 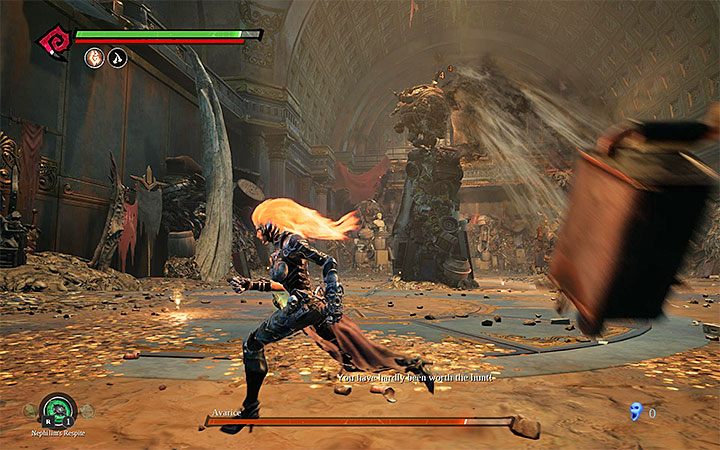 Greed uses objects from the junkyard as projectiles and hurls them towards you from time to time. If you notice that your opponent jumps on the pillars of scrap metal, get ready for incoming junk. 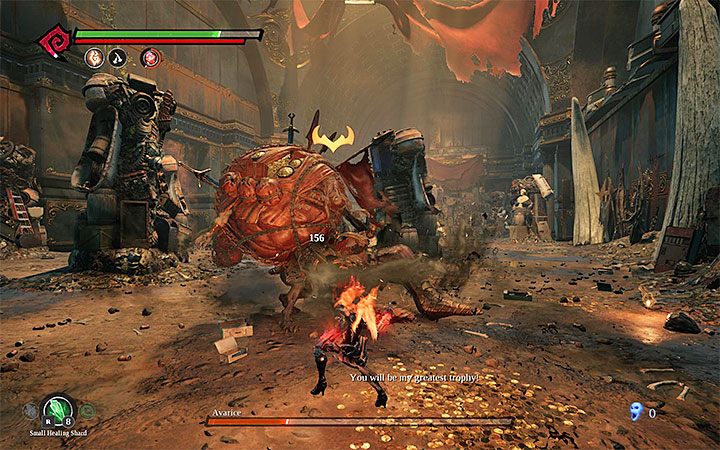 When Greed health level drops to about 2/3, he will use additional weapons such as an old wardrobe, bathtub, fridge or a giant skull. Each of these weapons has a different animation and a different range of blows, so sometimes it will be difficult to avoid being hit.

It is recommended to look for an opportunity to make a perfect dodge, even if Greed uses a large object as a weapon. You will still be able to conduct strong counterattacks, weakening the boss in progress.

Further part of the Catacombs. 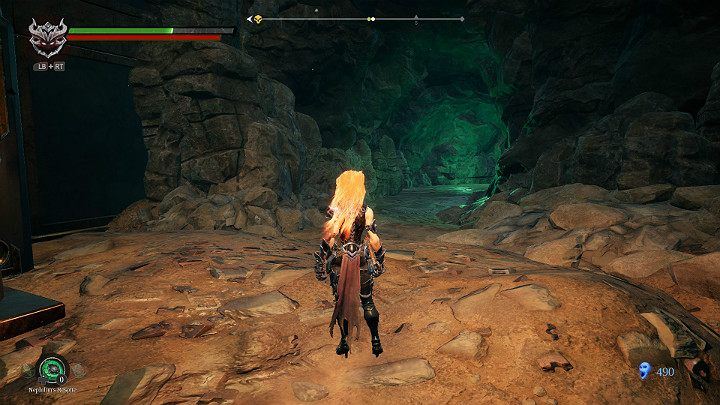 After winning the fight, choose the right-hand side, right behind the stairs. 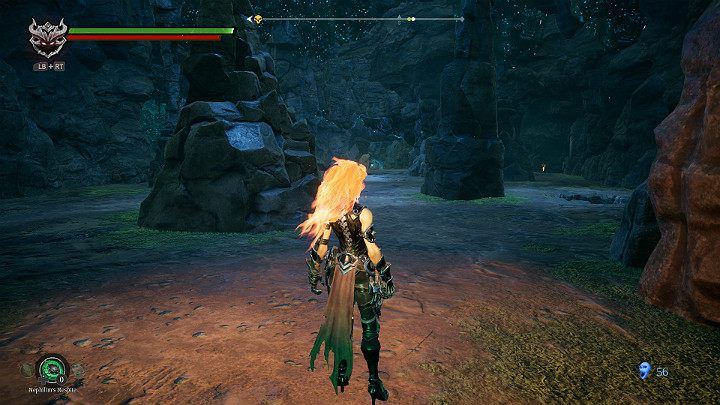 Do you remember your opponents throwing bombs at you as you tried to jump between rock shelves? It's time to settle your score because you've just arrived at the top of the cave. 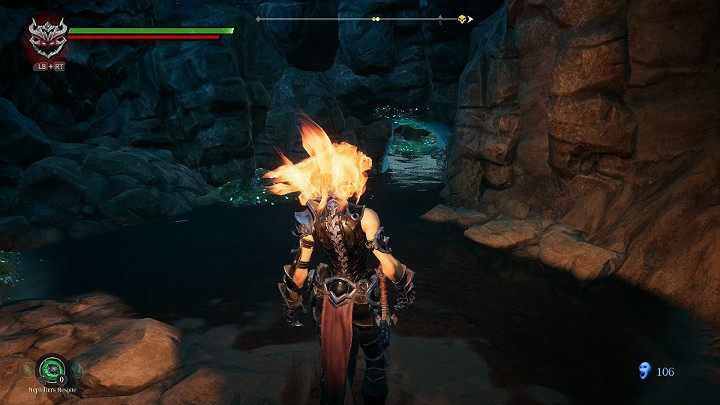 When you deal with enemies and collect items, go through the small corridor shown in the picture above. 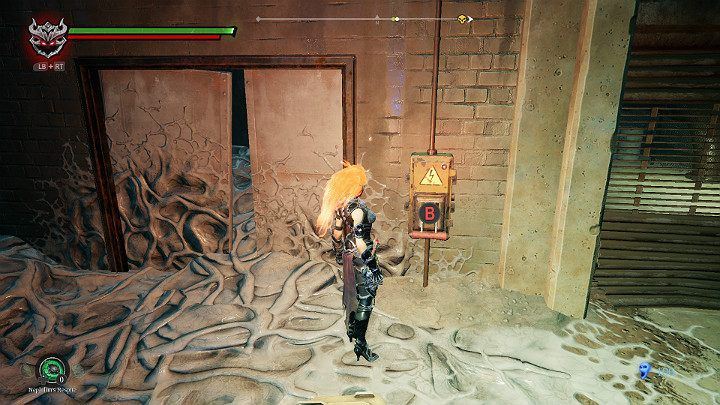 You will finally reach a room that resembles a garage. Go to the power switch and use the button responsible for the action. 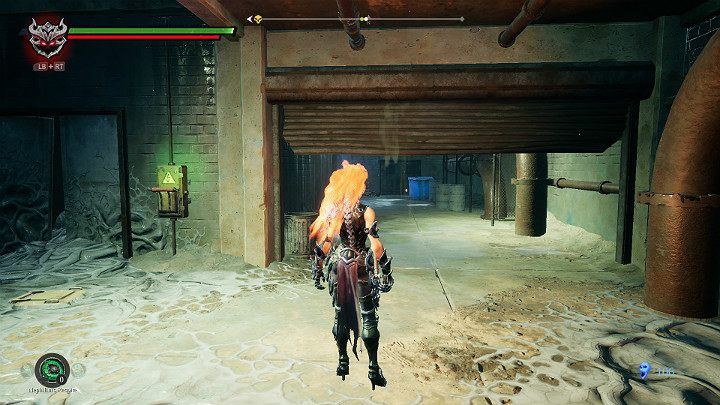 This will open the gate through which you can now pass. Behind the blue bucket, you will find a Lurcher Cluster.