The guide for Darksiders 3 offers a detailed description of the basic mechanics of the game and helps in learning its basics. The first chapter of the guide is dedicated to Starting Tips, a section that should come in handy for players beginning their adventure with the game. Moreover, the next parts of the initial chapter contain information and answers regarding character development, upgrading weapons, or acquiring and using Hollows.

The guide for Darksiders 3 also contains a FAQ section that offers answers for frequently asked questions. You'll learn how to use fast travel, is manual saving possible, how to acquire attribute points, how long do a standard playthrough last, how to find bosses and how to retrieve lost souls. Trophy guide is another important chapter of the Darksiders 3 guide. We've listed all standard and DLC trophies.

The major part of the guide is taken by an extensive walkthrough for Darksiders 3. Our walkthrough contains descriptions for combat, puzzle solving, and boss battles, both main and secondary. The walkthrough is complemented by numerous screenshots and tips about optional secrets and pick-ups. The guide is concluded by an annex, containing controls list and system requirements.

I have a problem and need a solution

The FAQ section of our Darksiders 3 guides contains answers to the most common problems and questions that require further explanation. Here are the most often asked questions:

The bosses of Darksiders 3 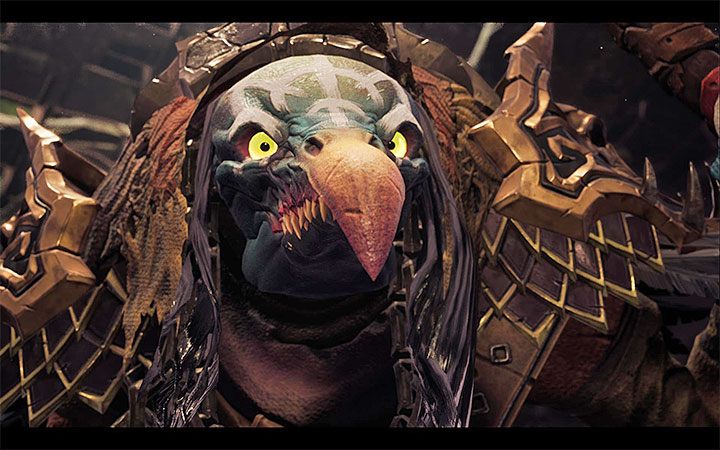 In Darksiders 3, there are 7 bosses (7 Deadly Sins) - two of them need to be defeated twice. The walkthrough will direct you to their lairs and offer tips on how to defeat them. The bosses of Darksiders 3 are as follows:

Some locations of the game contain mini-bosses. Fights against them are less demanding. You can view the sections dedicated to them in our walkthrough. Abraxis is also an optional boss, associated with two trophies of the game.

Aside from a few exceptions, Darksiders 3 is a game without choices. Despite the fact that some of the main bosses can be approached in a different order, the course of the entire campaign is always identical. Below we list a few unique situations where Fury has to make some decision. All of these choices are described in detail in our walkthrough. 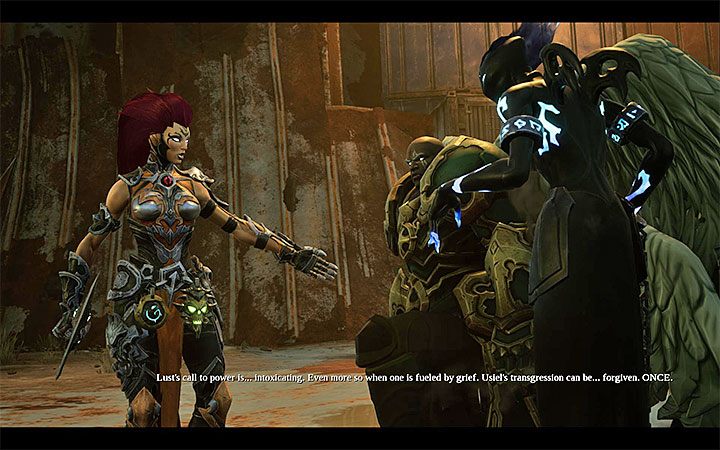 The encounter against Desire is unique, as in the second part of the battle, Archangel Usiel appears. You can choose to kill the Archangel or leave him alive and focus solely on eliminating Desire. 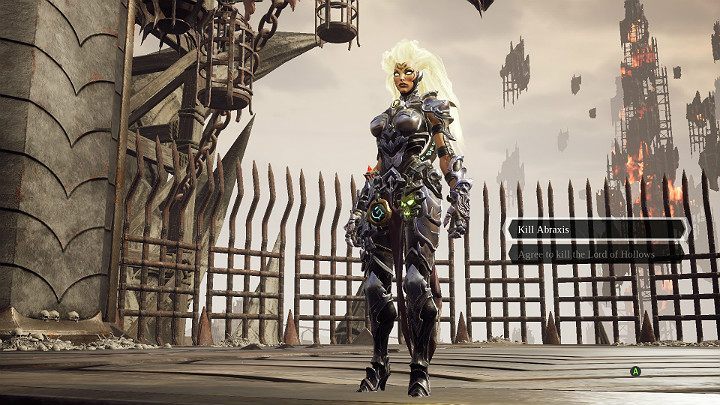 Finding Abraxis is one of the secondary activities. You can attack and kill him, or agree to a plan to eliminate the Lord of Hollows. Only the first option is rewarded. 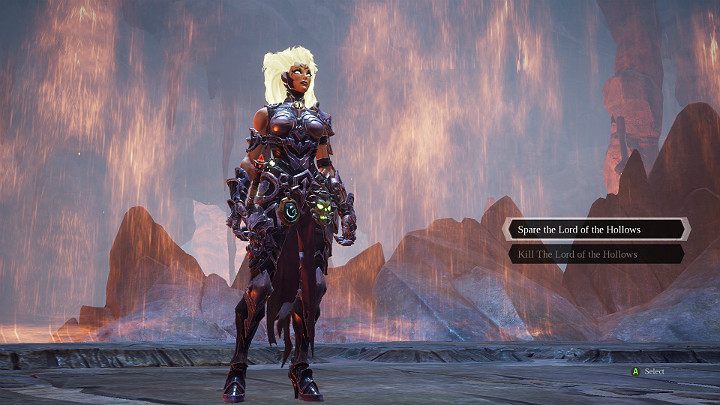 After returning to Lord of Hollows after the meeting with Abraxis, you can decide to kill Lord or spare him. Only the second option is rewarded - after defeating the opponent, you receive a mysterious seal, unlock a trophy, and the final cut-scene is changed.

Do other Horsemen of the Apocalypse appear in Darksiders 3? 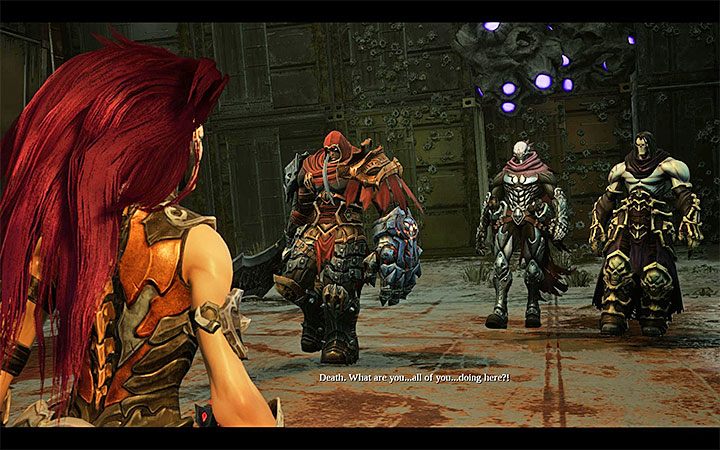 Yes, in the game you can meet all the remaining Horsemen of the Apocalypse. Nevertheless, their role is not that significant. Moreover, one of the meetings with them is something completely else than it may seem initially. Fury is alone through the entire game - she is not joined by any of the remaining Horsemen.

We recommend visiting the page Do I need to play the previous games? , which contains more information about connections made between Darksiders 3 and two previous installments of the series. 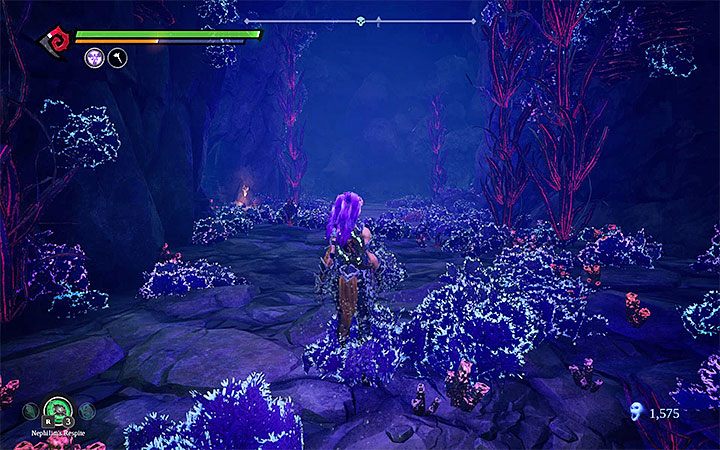 Yes. Swimming is available from the beginning of the game, of course, except for places where instead of water we are dealing with lava or poisonous acid. That's not all, because after unlocking the Force Hollow, the main character can run on the seabed. This greatly facilitates exploring underwater locations.

Can you travel the world of Darksiders 3 on horseback? 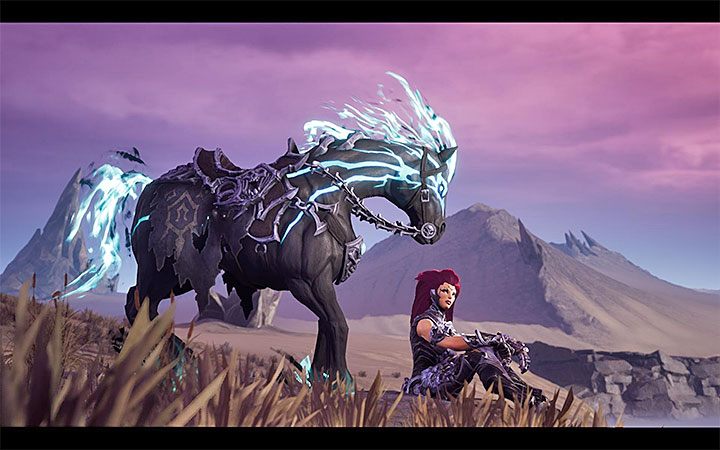 Unfortunately, no. Fury's mount appears in a few cut-scenes - you'll learn from them what (unpleasant) fate befell him.

Fortunately, the world of Darksiders 3 does not consist of large open spaces and you'll never experience the discomfort caused by the lack of an option to travel on horseback. Moreover, the game has a mechanism of fast travel, thanks to which you can easily teleport between the main locations.

Is Darksiders 3 a game where you kill children? 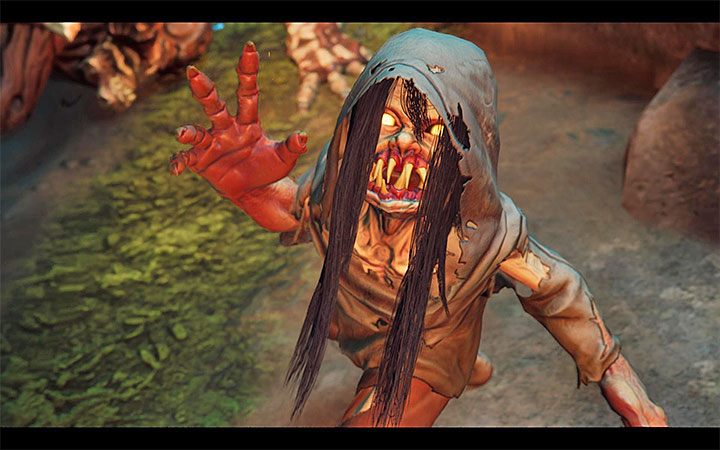 Theoretically, no. During the game, you can meet creatures about the appearance of the child, and the game makes it clear that they are hostile demons who seek to kill Fury and from which you need to defend yourself.

How to disable damage information? 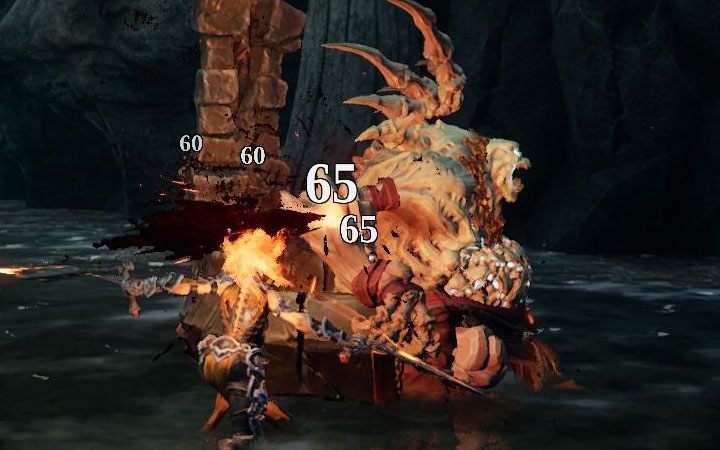 In Darksiders 3, the option thanks to which after each attack, values appear on the screen, informing about the effectiveness of the damage dealt, is activated by default. For some people, this feature may spoil the immersion a little bit, but luckily you can turn it off. To do this, go to Controls, find the Damage Numbers option and uncheck it.

Is it possible to turn on the FPP view? 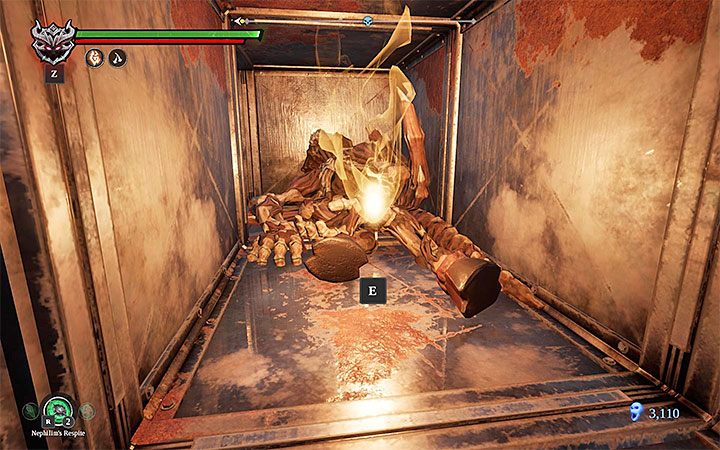 No, in Darksiders 3 you can't permanently set the camera to a first-person view. The game automatically switches to first person perspective, and this happens without the player's input. This happens, for example, when crossing narrow tunnels or ventilation shafts.

Why can't I catch a hook? 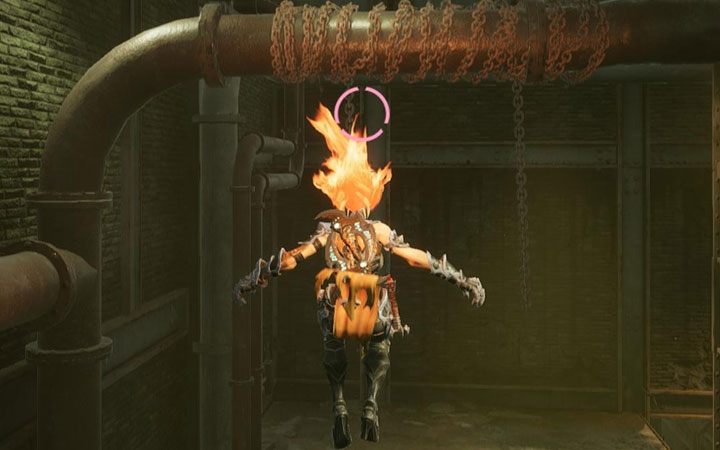 Catching hooks next to pipes, horizontal beams, and other similar objects is more difficult than it seems. You have to wait until the red crosshair appears on the hook - an example of such a situation is shown in the image above. Press the interaction button only then. If you do it too early, the action fails, and Fury can fall into the abyss.

The following table presents the basic control buttons for Darksiders 3, provided you play on a gamepad (PS4). This is the recommended way to play the game - keyboard + mouse combination is not very convenient. The keyboard scheme can be found in the Controls section of our guide.

Does Darksiders 3 have high system requirements?

No, the game runs without problems even on a few years old hardware. Moreover, Darksiders 3 works fine on all console models on which it was released. You will, unfortunately, reckon with the fact that the game is still hampered by various technical problems, and this is due in part to the developers waiving further technical support. You may encounter freezing, animation slowdowns or problems with slow processing of textures. Most technical problems can be solved by turning the game off and starting it again.

Does having a PS+ subscription offer any additional features?

No, the version available to subscribers of PlayStation Plus contains only the basic product - the basic campaign. Separately, you can buy:

Each of these expansions offer new locations, new battles and allows you to score new trophies. Fortunately, they aren't needed in order to gain the platinum trophy. DLC can be purchased separately or as part of a season pass.

What versions of Darksiders 3 are available? 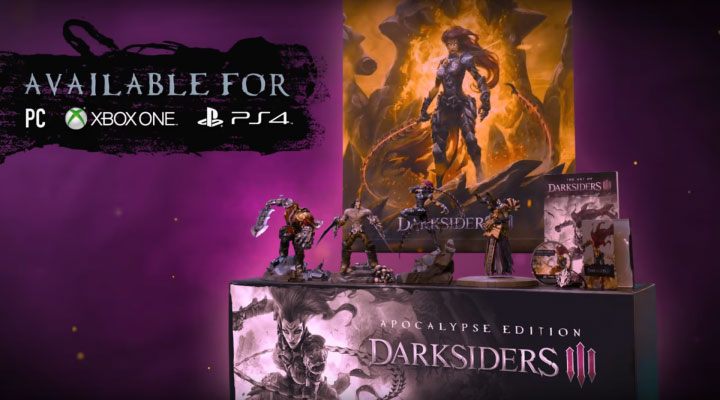 Darksiders 3 is sold in as many as five different versions: