Moloch is the last boss in Darksiders Genesis.

This is the most difficult fight in the game. You need to pay attention to all his movements and constantly monitor your health points. 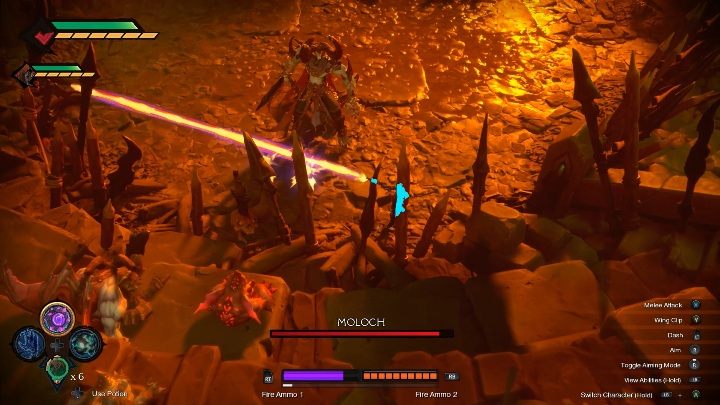 If the enemy forces you to move close to the wall, you won't be able to escape. You have to avoid his attacks and stay in the middle of the arena. 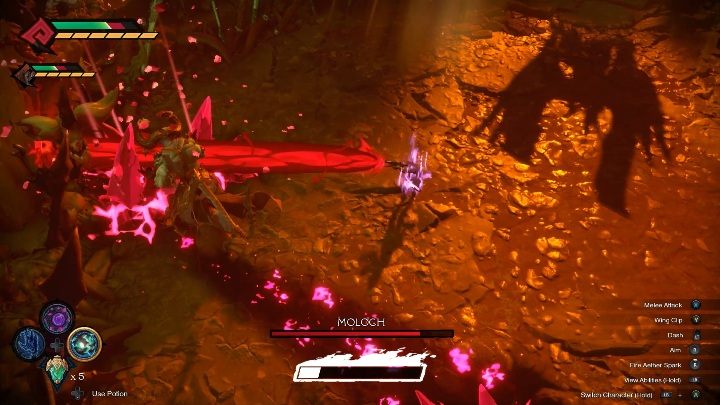 Attack him whenever you have a chance. Your task is to use every opportunity to attack the boss. 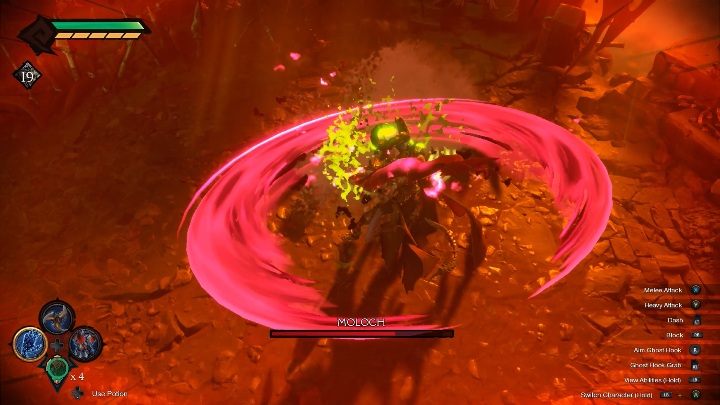 In the second phase, Moloch will begin to use territorial attacks. They are easy to dodge - simply jump over them. 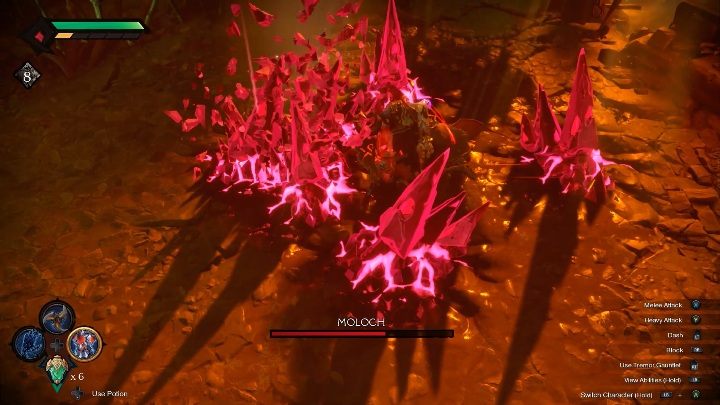 The boss can also place exploding rocks. Don't stand close to them - you don't want to lose health. 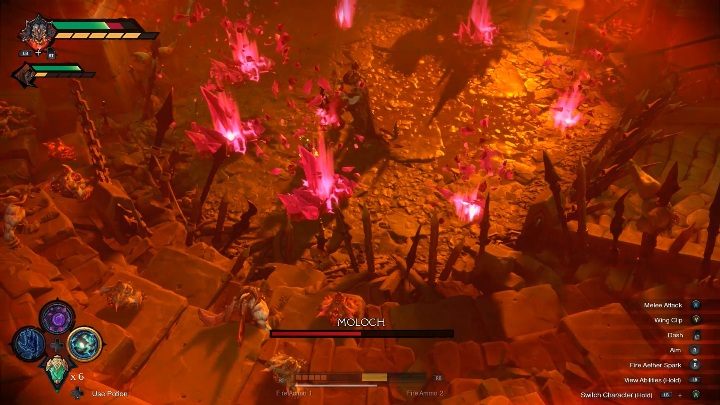 Hitting a rock deals you damage and makes an easy target for the boss. 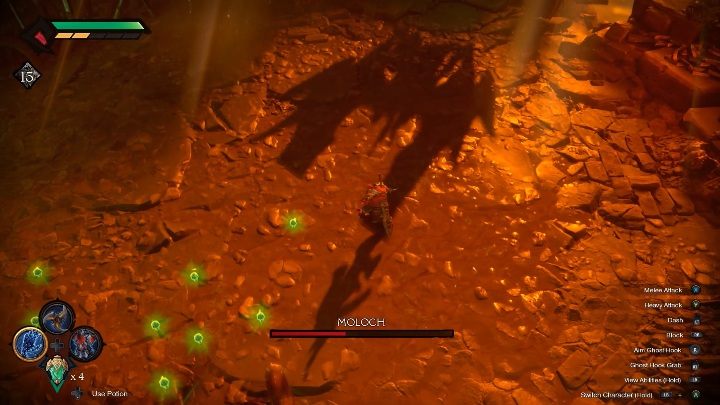 Recover health points whenever you can. 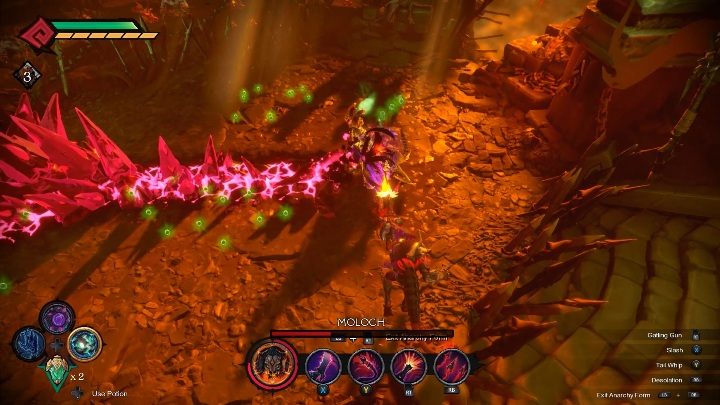 Use Chaos/Anarchy when they are fully charged. Thanks to this, you will deal massive damage to the boss and heal your hero. 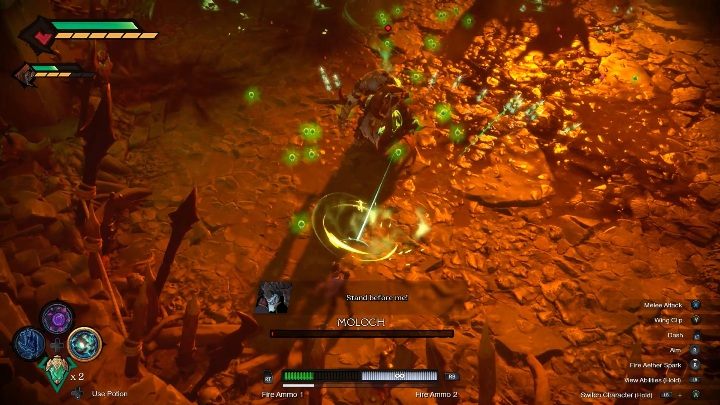 Once the battle is over, you will return to the Void. Watch the final cut-scene.