Legion Shieldbearer is encountered in the fifteenth chapter of Darksiders Genesis. You reach this enemy by completing the mission objectives.

Start the fight by killing the boss's minions. You have to kill them all to get to the boss. 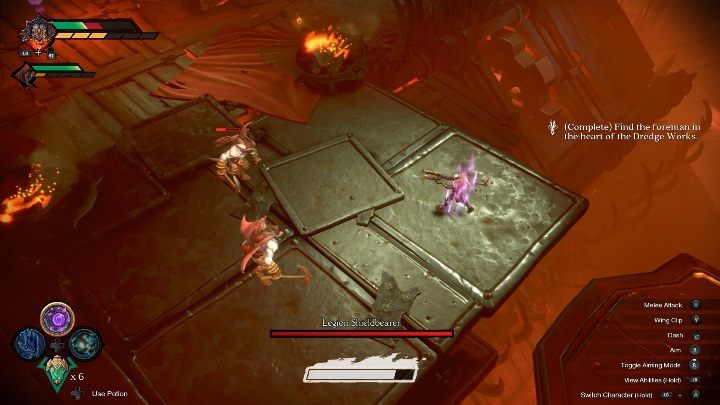 Remember not to let yourself be thrown off the platform. This can force you to start the fight from the beginning. 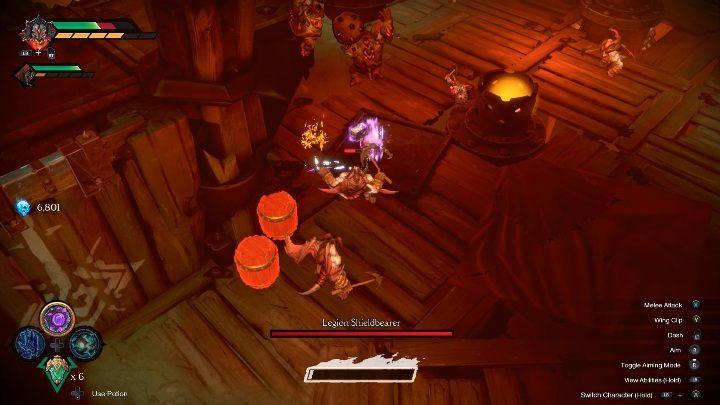 Before the boss arrives, you will have to defeat a few waves of enemies. They will be constantly coming out of the corners of the arena. 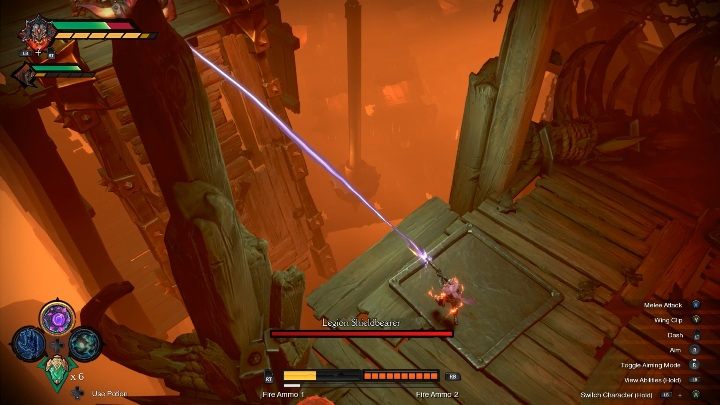 If you don't defeat the boss's allies, you won't be able to deal damage to Legion Shieldbearer. 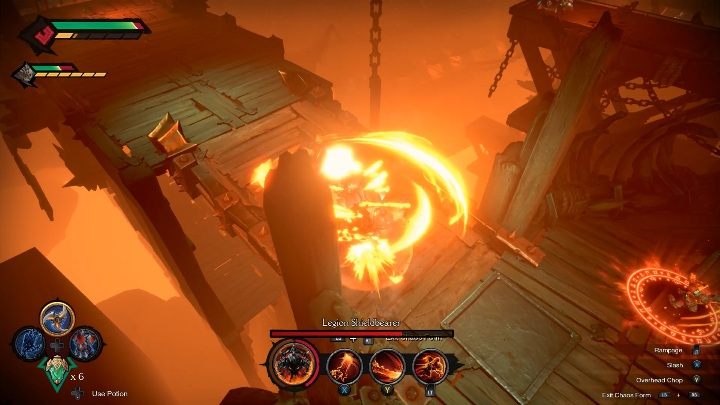 The boss doesn't have many health points. If your Anarchy or Chaos are charged, this is the best moment to use them. You will defeat the boss faster.