Dagon is a big and difficult boss that you have to kill in the thirteenth chapter of Darksiders Genesis.

Play as Strife to avoid Dagon's attacks with a greater ease. His weapon will allow you to shoot the boss from afar - this is helpful in dodging Dagon's attacks. 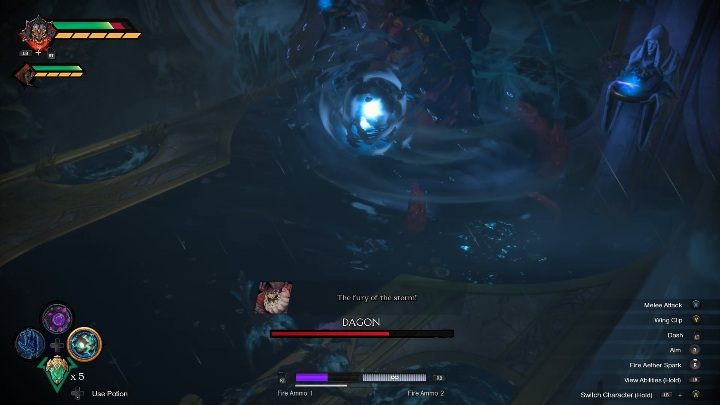 The enemy can create a protective shield. Don't attack Dagon when he is protected by the shield - try to restore hp or kill the minions. 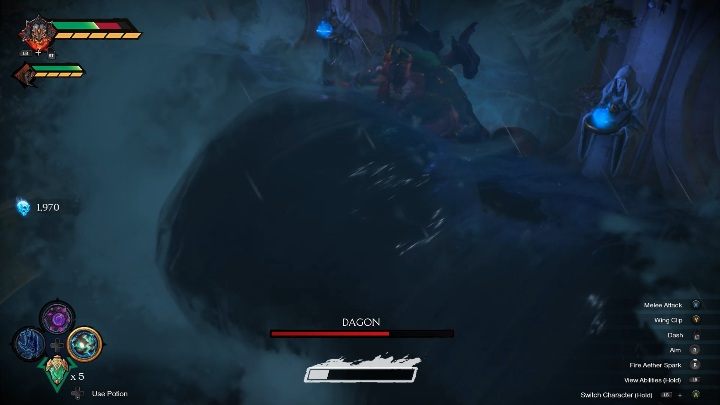 The storm is difficult to dodge. The wave will throw you off if you aren't careful. To avoid falling, you need to jump and attack the boss. 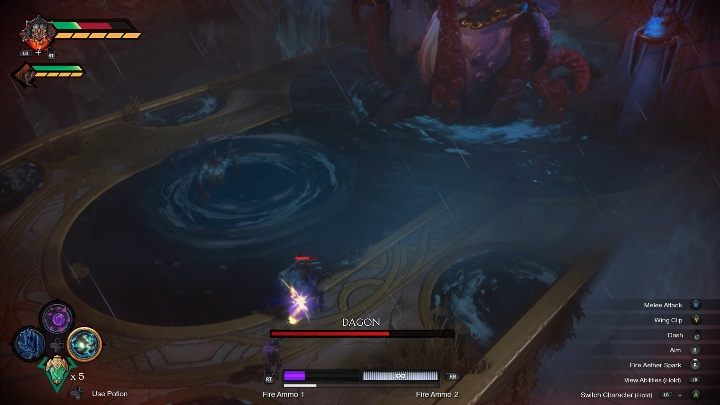 The boss can summon reinforcements and create whirlpools that will draw you in and weaken. 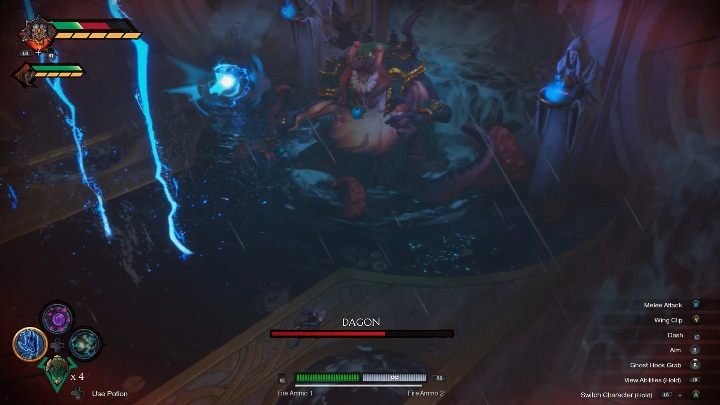 In the next stage, the boss will shoot lightning. Avoid these attacks. 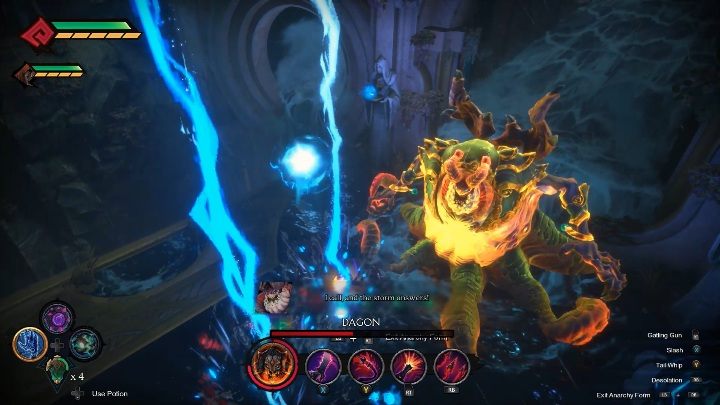 The boss can also create spheres that shoot electricity. You have to destroy them. 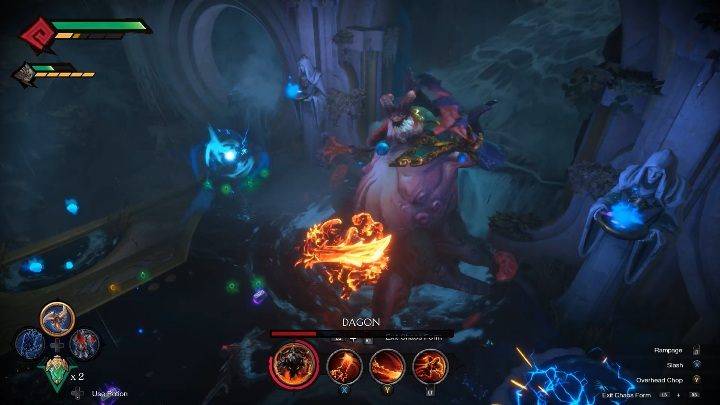 Use Anarchy/Chaos as much as possible. This will make the fight much easier. It will also heal your character.