Nephilim Vindicator is encountered in the eleventh chapter of Darksiders Genesis. You reach this enemy by completing the mission objectives.

The fight with this boss consists mainly of dodging minions and shooting at Nephilim Vindicator. 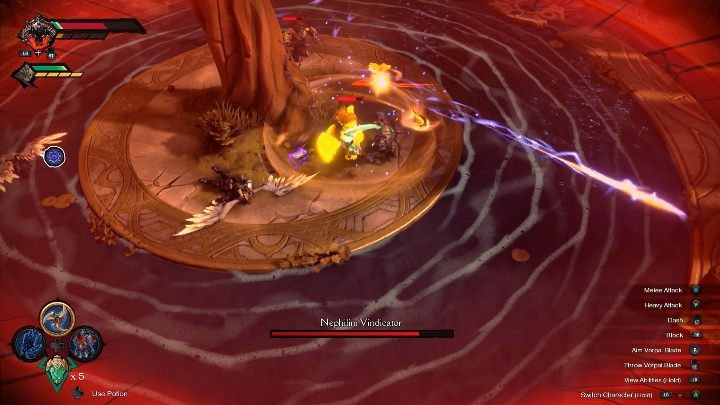 Nephilim Vindicator can create an energy beam that weakens your hero and exposes him to attacks. 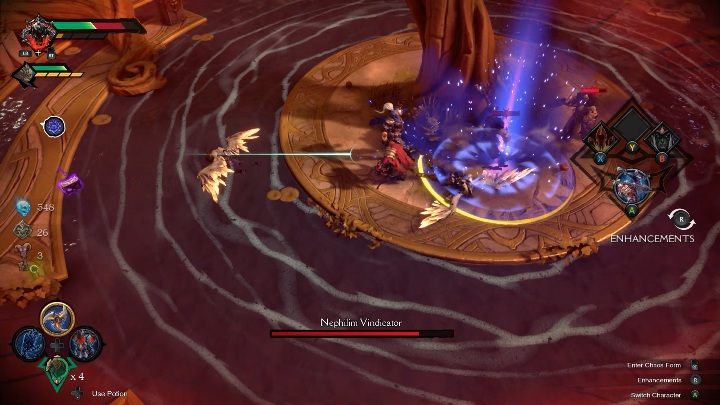 The boss can also throw bombs. However, the places where the bombs will land are easy to spot. 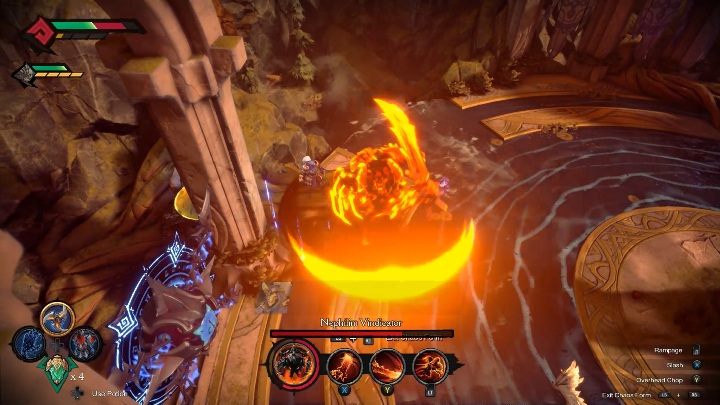 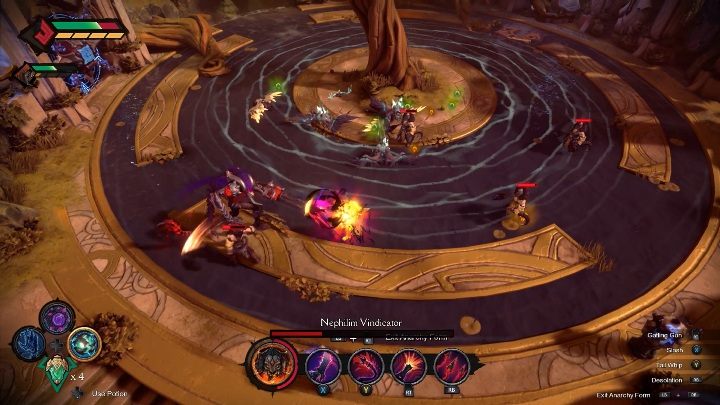 A great way to defeat the boss's allies is to use Chaos/Anarchy. Thanks to this, you will be able to deal huge damage to the allies of the boss. This method will also help you heal your character. 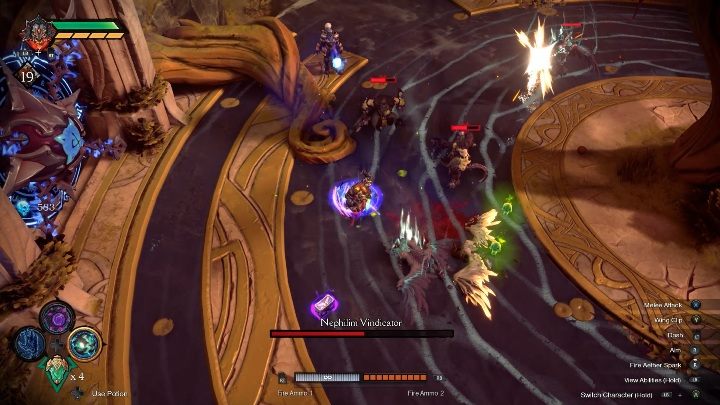