You encounter Astarte in the tenth chapter of Darksiders Genesis. You reach this enemy by completing the mission objectives.

The fight against Astarte is the most predictable battle of the entire game. The boss has two phases which are changed when he loses 1/4 of his life.

In the first phase, the boss moves around the bonfire. The best solution is to follow him on horseback and keep shooting him. 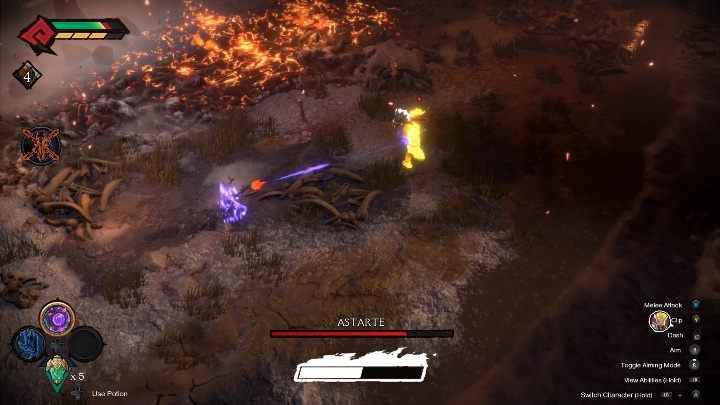 When he loses 1/4 of his health, the enemy will hide - he gets replaced by his allies. This is the harder part of the fight. You have to destroy them all to move on to the next stage. 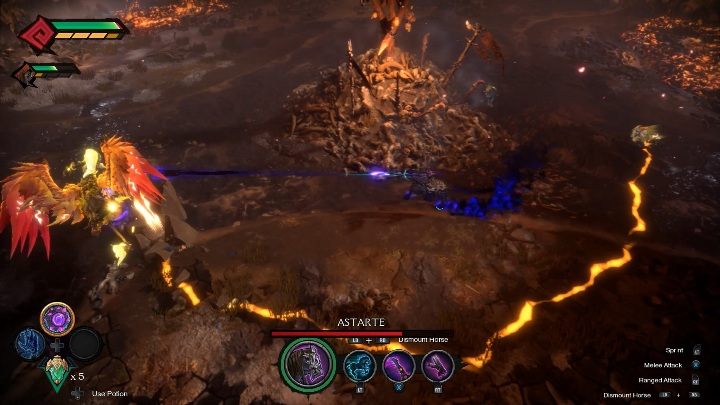 The boss appears again - he will start flying around the bonfire. Follow him and keep shooting. From time to time, you may be pursued by other opponents. Eliminate them so they don't throw you off the horse. 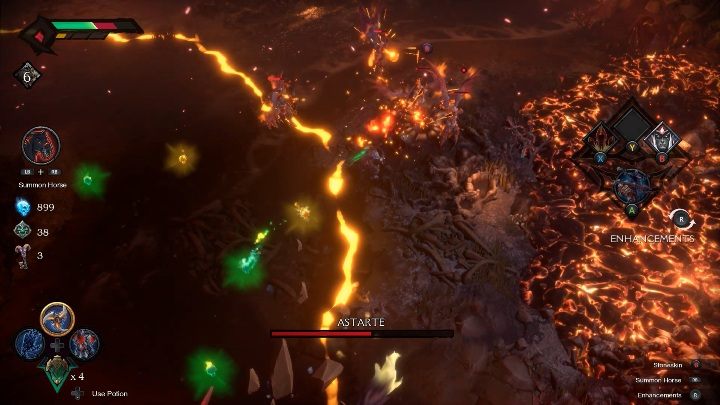 A great way to defeat the boss's allies is to use Chaos/Anarchy. Thanks to this, you will be able to deal huge damage to Astarte's allies. You opponents are much more challenging than the boss himself. 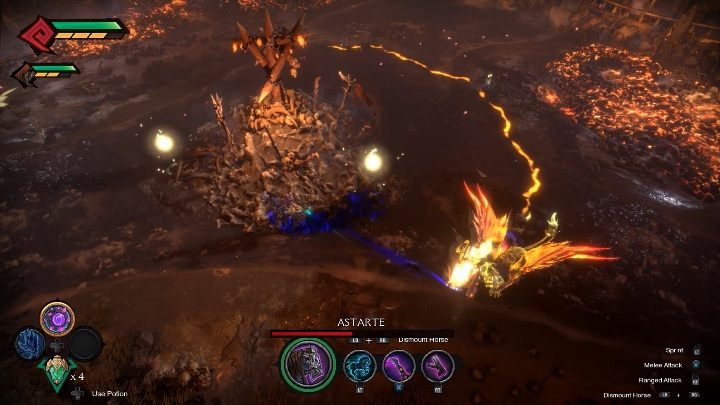