You need to defeat Belial during the ninth chapter of Darksiders Genesis.

Belial is very agile. You must constantly switch between the characters to increase your chances of survival. 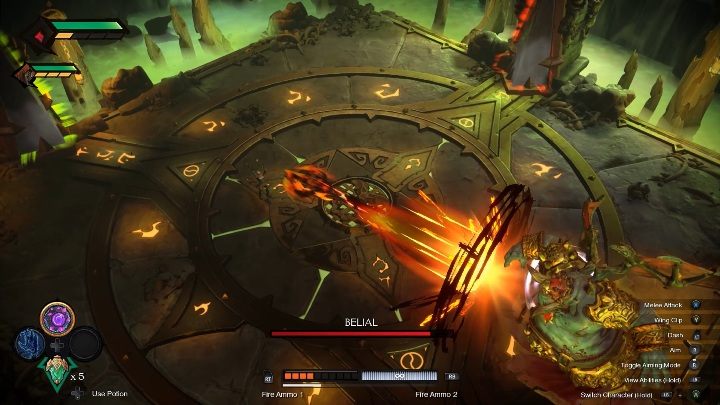 One of Belial's main attacks is a strong burning punch that can kill you immediately. If you don't dodge that attack, that hero will be stunned and most likely eliminated for a few seconds. 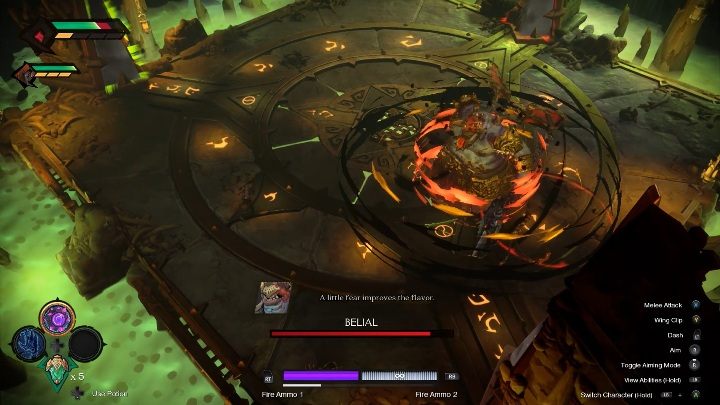 The boss often changes his position. If you find yourself in his teleportation range, you will be stunned. 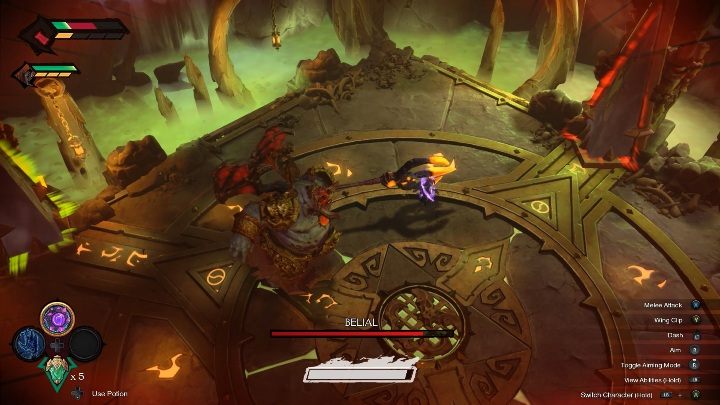 Belial can attack you with his trident. This attack will take away more than half of your health points. 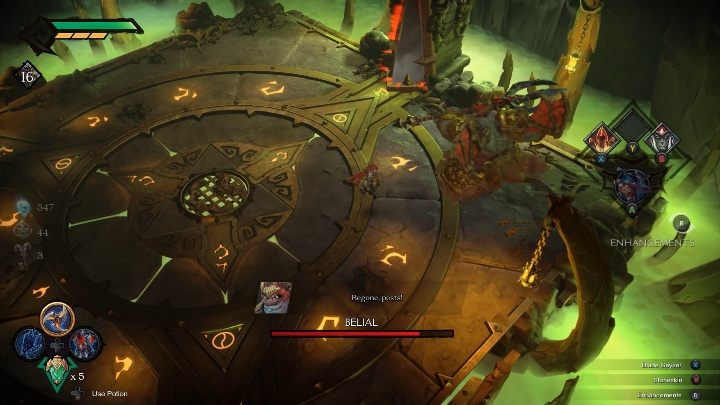 His next attack is to swing the trident rapidly. It is easy to dodge this attack - simply jump when the boss makes a swing. 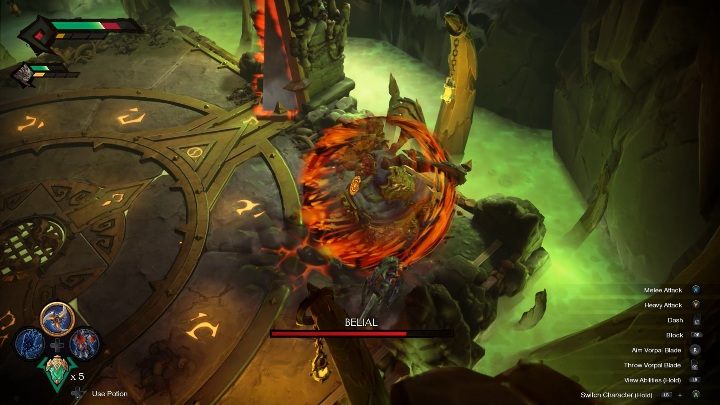 At some points, Belial will activate a shield that blocks attacks. Use this opportunity to restore health. 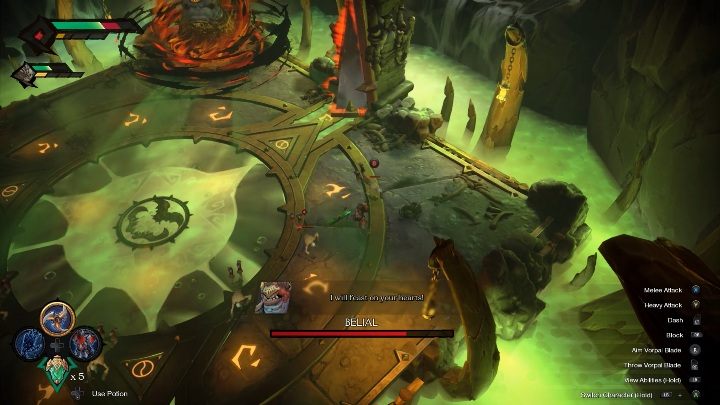 Belial can also summon allies. He devours them to regain health points. You have to kill them as soon as possible stop the boss from restoring health. 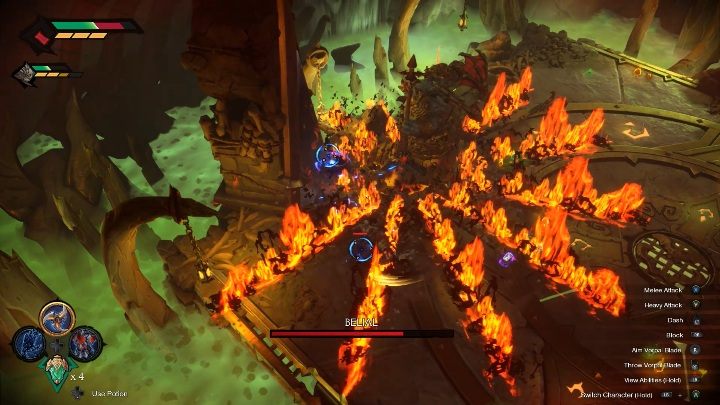 In the later stages, Belial can use his trident to create lines of fire. They are easy to avoid - simply stand between them. 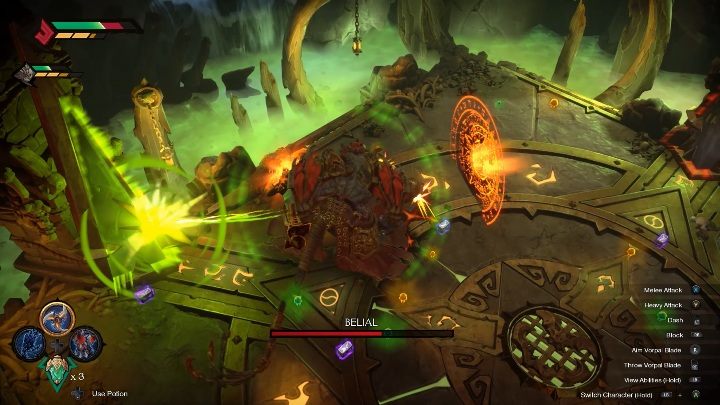 Belial can also summon two beams that make him stronger. One grants him life, the second gives him strength. Don't focus on them, destroying them will take you more time than it should. This will also make you an easy target for the boss. 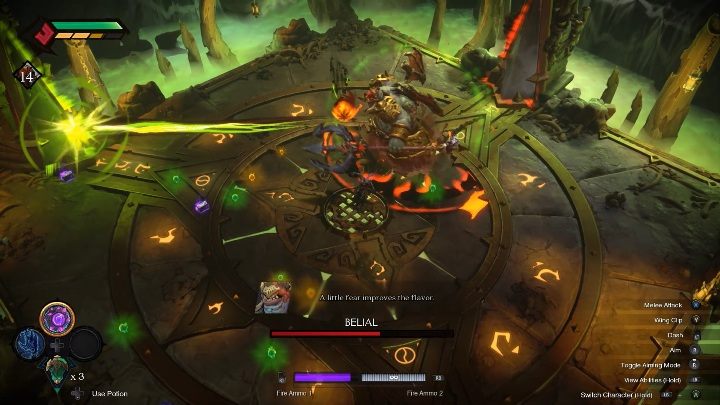 Kill Belial to complete this chapter.