You get inside Mammon's chamber in the sixth chapter. The entire chapter consists only of the boss fight.

In this battle, you have to constantly change characters depending on the situation on the battlefield. Use Strife to destroy minor enemies, and War to attack the boss 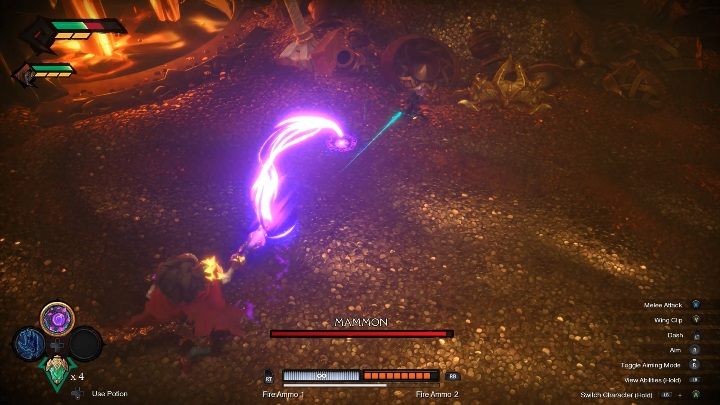 One of the main attacks of the boss is a purple projectile. This attack works like a laser beam - it deals damage throughout its entire length. Move away from this attack. 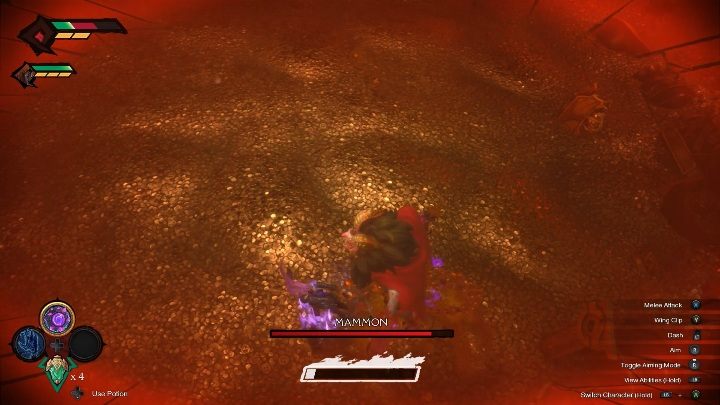 Mammon's quick attack is about hiding and jumping out of the ground. This attack will stun you every time it hits your character. The boss can also easily attack you by surprise if you don't move. 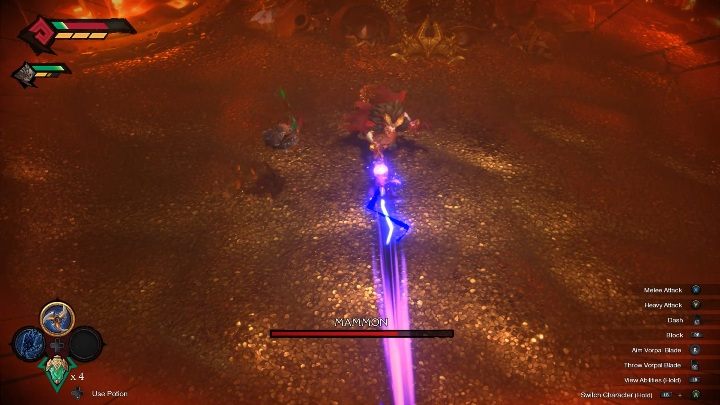 In the second phase, Mammon will turn his main attack into a laser. This attack has a very long range and deals a lot of damage. To avoid damage, just run in the direction in which Mammon is rotating. 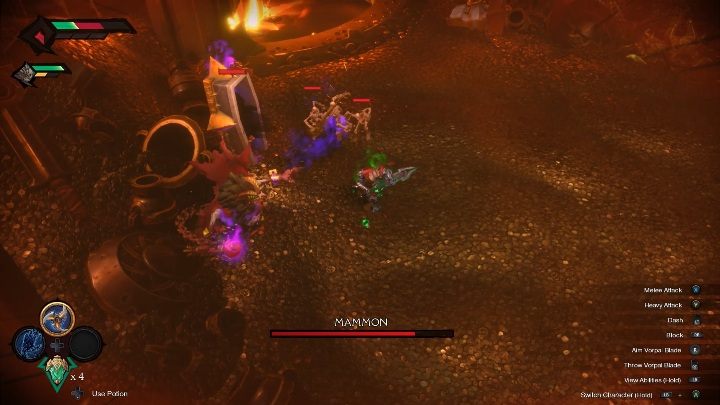 At some point, Mammon will set up a gate for his reinforcements. Eliminate them as quickly as possible to avoid unwanted damage.

Remember that you can also heal with healing potions, not just orbs collected dropped by opponents. 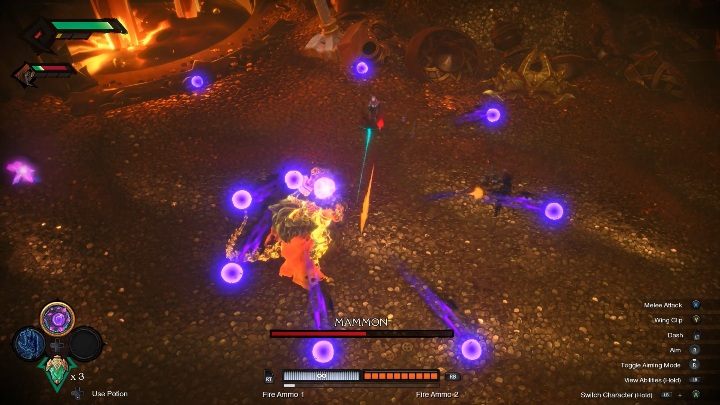 As for another attack, the boss will throw grenades around him. Avoid them or you will receive a lot of damage. 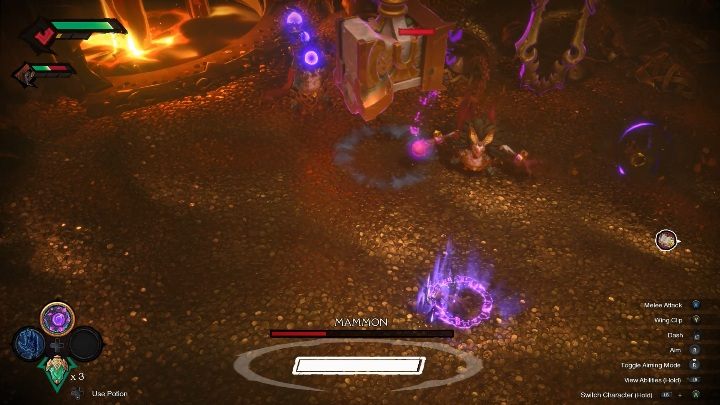 In the final phase, Mammon will summon all of his allies, the hammer, the gate, and two clones. Focus your attention on attacking Mammon. 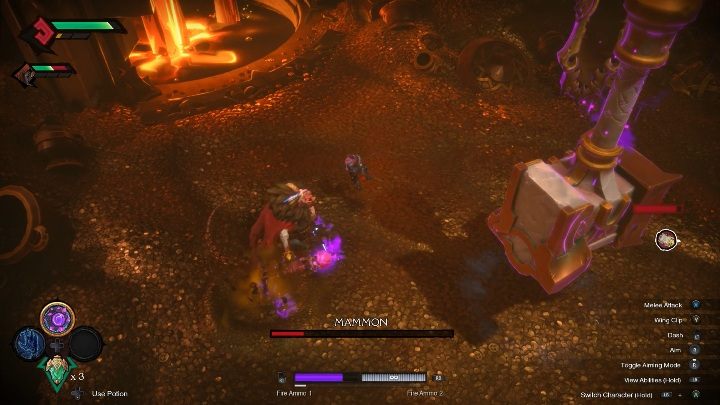 You can't damage his copies - use this fact to determine which enemy is real. 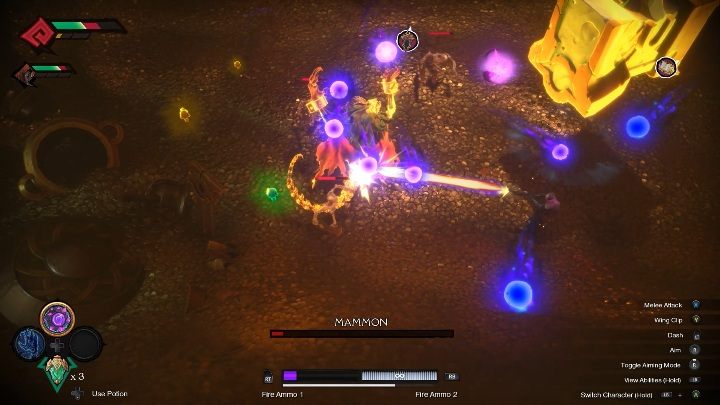 Keep an eye on your health - you don't want to die in the final stage. If that happens, you will have to start the fight from the beginning. 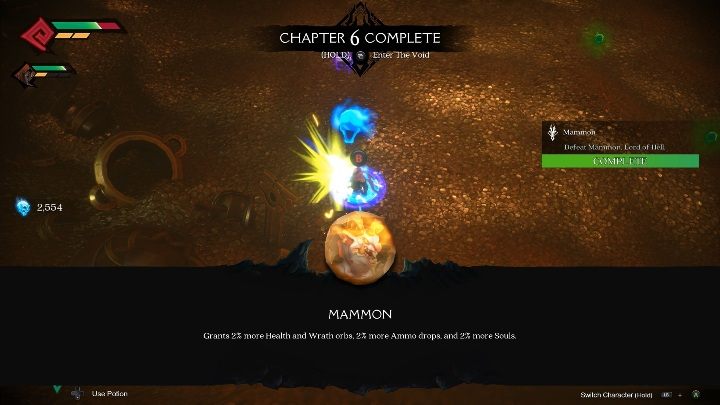 Kill the boss to receive Mammon core and a large number of souls.