Legion Boltspitter is encountered in the fifth chapter. 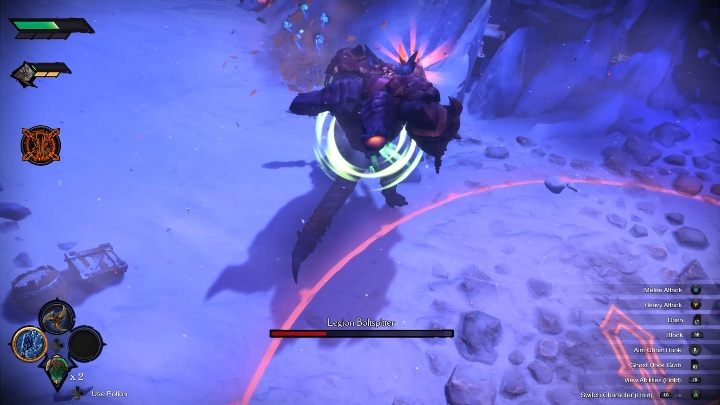 Legion Boltspitter fights from a distance which means that Strife will be your best choice. 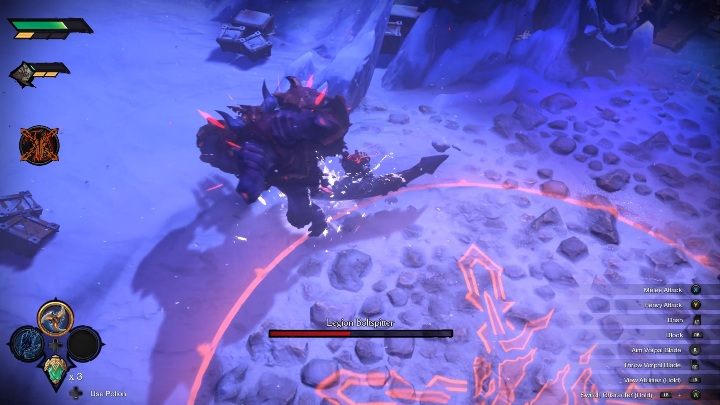 This fight takes place in the open area. You can force your opponent to move around the map to get a better shot at him. 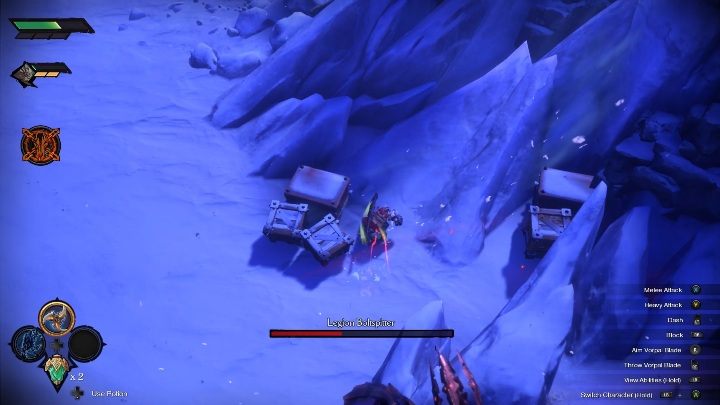 You can also hide behind the rocks - the boss's projectiles won't go through them. 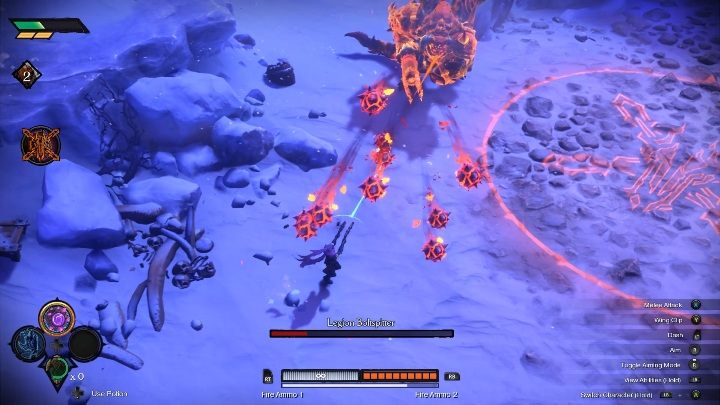 This boss's special attack are fire grenades. They can deal you a lot of damage. Remember that the boss performs this attack twice. Don't approach the boss immediately after avoiding the first grenades. 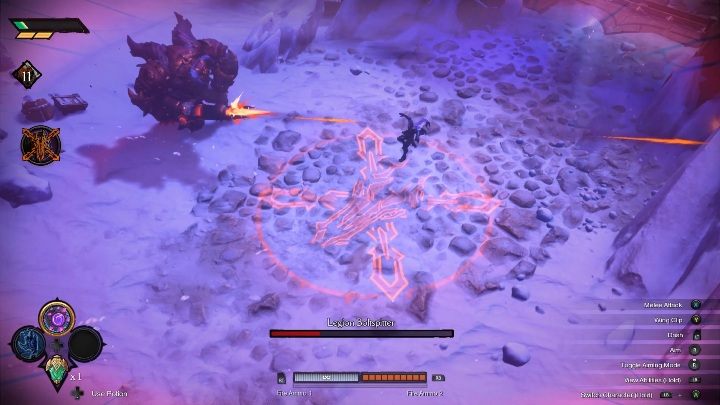 Legion Boltspitter will shoot at you constantly. You have to avoid his attacks and get behind him to stay alive.

Kill the boss to continue.