Molten Hound is encountered in the fourth chapter.

Molten Hound is a formidable opponent - War is your best choice here. Thanks to his strong attacks, you will be able quickly eliminate the boss and its minions. 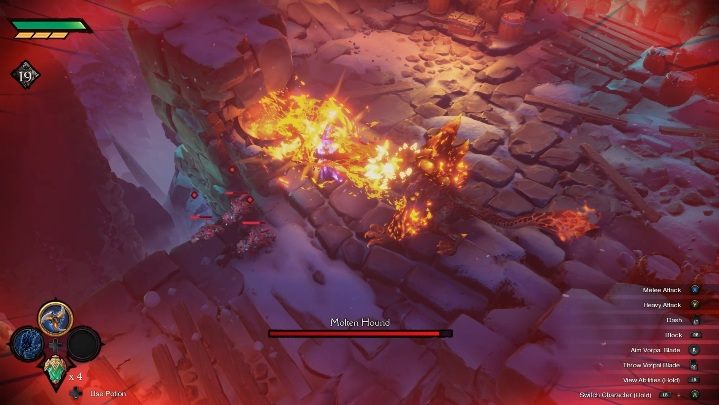 The boss's most spectacular attack is fire breathing. It can deal you massive damage. The only option to avoid the attack is to dodge in the other direction. 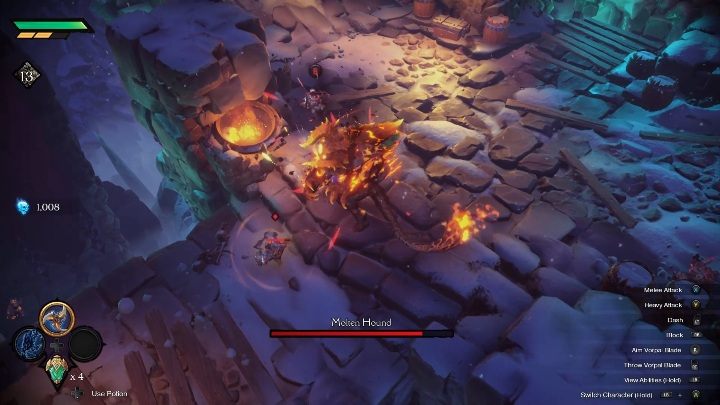 The monster can also swing its paws. If you get caught, the boss will throw you to a different part of the arena. 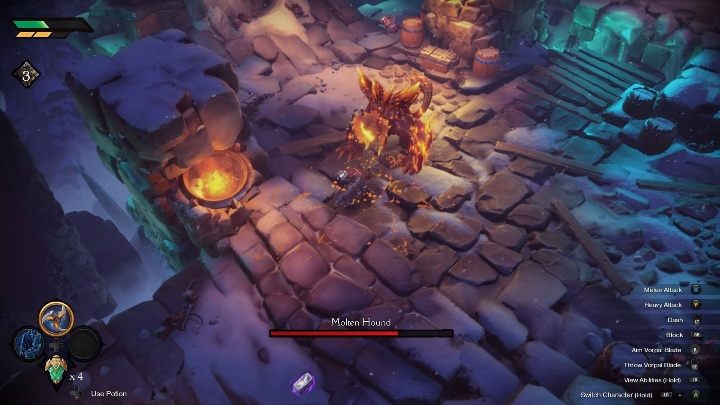 One of the most difficult attacks to dodge are jumps. If you are close to the boss when it is jumping, your character will get stunned and damaged by the wave of fire. 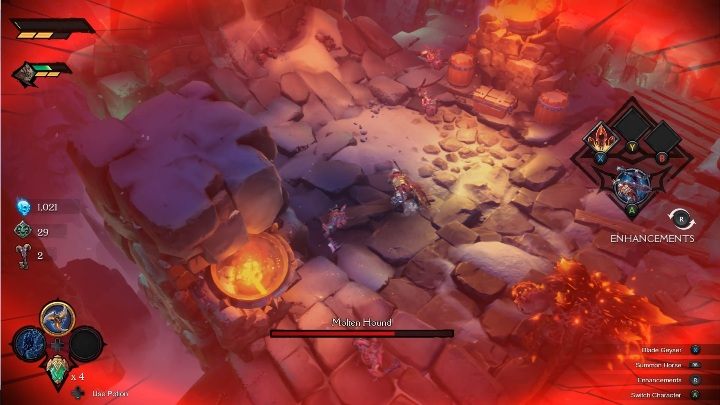 The enemy often summons reinforcements. Try to eliminate them immediately. 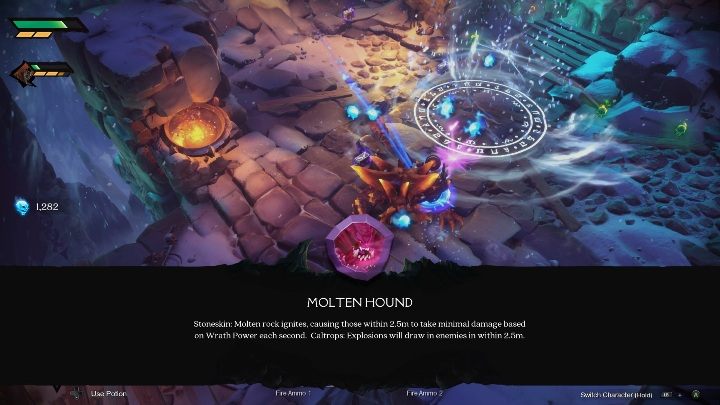 Defeat the boss to get Molten Hound.