You encounter Slag Demon in the second chapter. To get to this boss, you need to solve a puzzle. We have described its solution on a separate page of the guide.

Both characters are useful in this fight. Strife is perfect for eliminating the boss, and War is great for killing minor enemies. 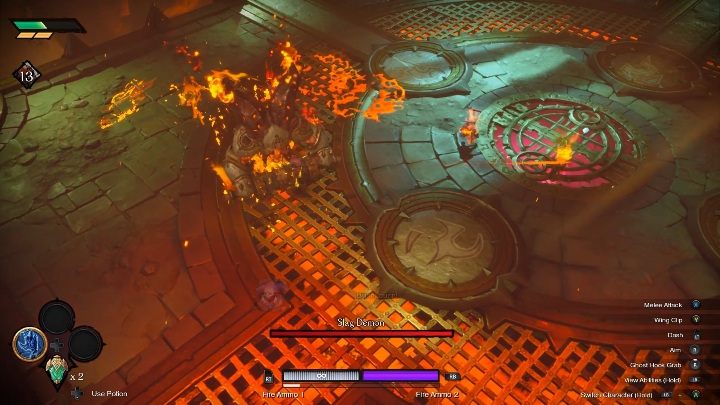 Slag Demon charges throughout the arena - avoid this attack by jumping to the side. If you don't dodge on time, you will lose a lot of health points. 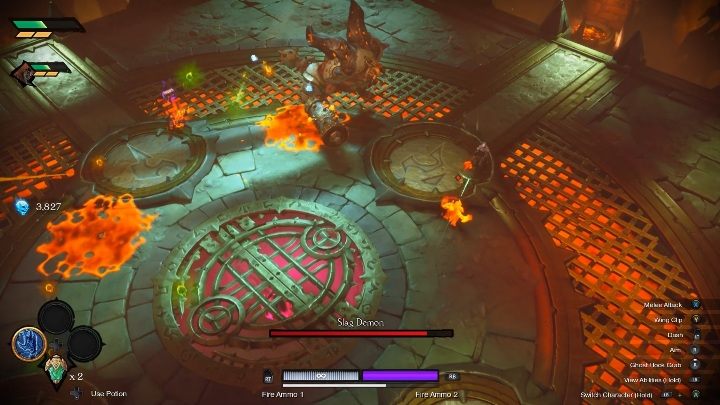 The boss is accompanied by numerous regular enemies. Kill them fast. Besides making the fight easier, you will also have a lot of health orbs lying on the ground. 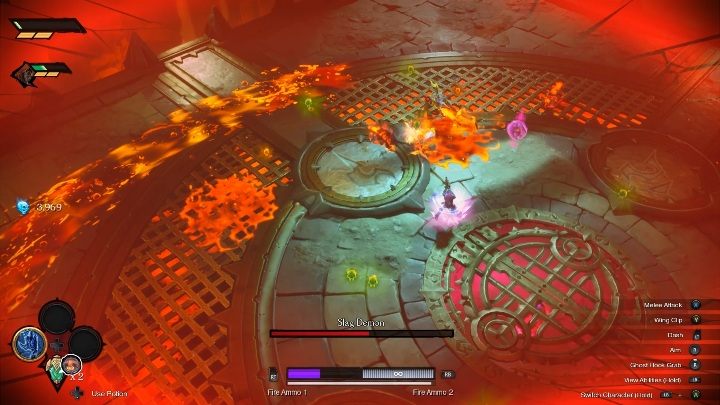 Another attack that is easy to avoid is the line of fire left by the boss. Jump over it or just get around it to continue the fight. 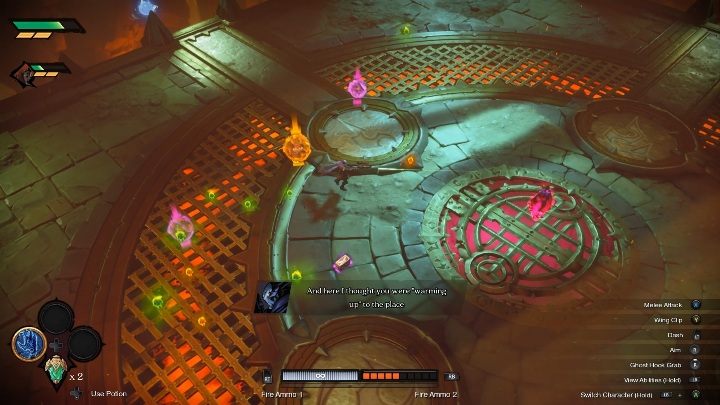 After defeating your opponent, you will receive cores and move on to the next stage.