Hollow Fiend is the first boss in Darksiders Genesis. You encounter this enemy at the end of the first chapter.

Strife is perfect for this fight. Thanks to his firearms, you will be able to inflict great damage to the enemy and avoid his attacks. 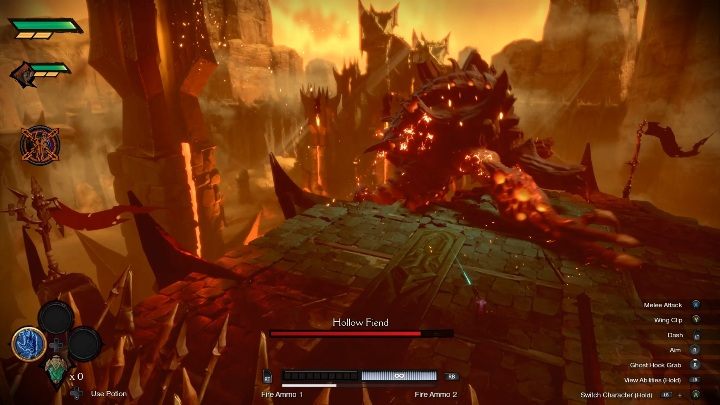 One of the most aggressive attacks of the enemy is his paw swing. To avoid it you just need to move away. This attack has a limited range, so you can quickly move away. 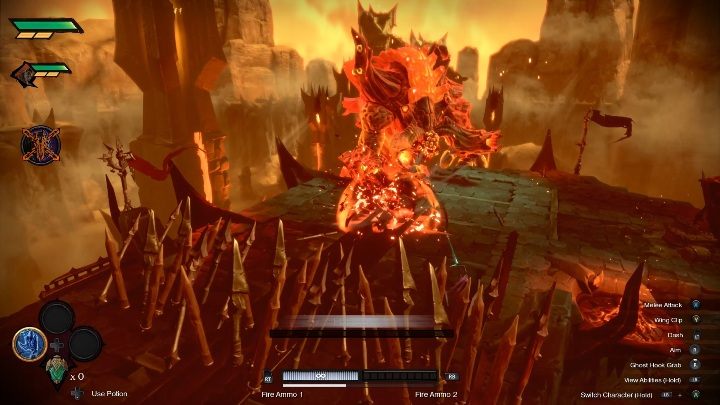 The boss's another attack causes three explosions. This attack has a great reach but is limited only to the area where the first shot lands. Simply move to the side to avoid getting hit. 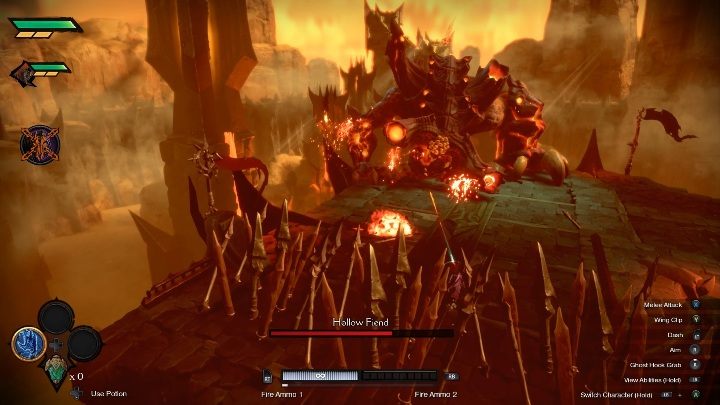 As for the last attack, the boss shoots lava from his horns. This attack will set the arena on fire. You have to maneuver between the fires to avoid getting damaged. 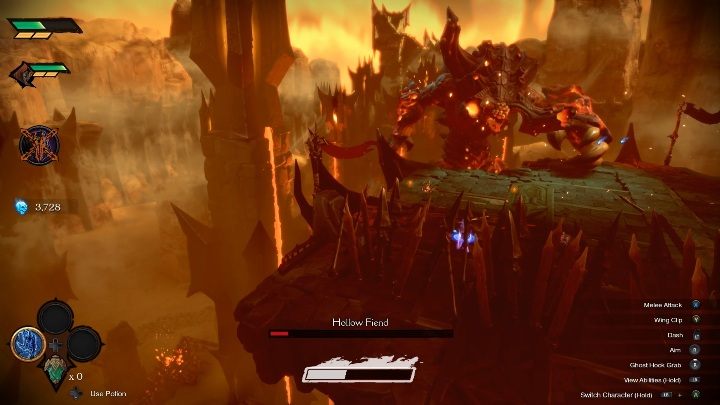 Regular enemies will appear, too. Eliminate them right away. If you kill them, they will drop health orbs. 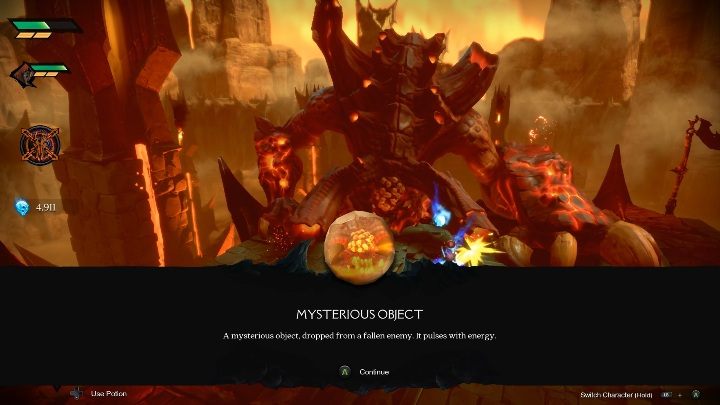