The following page of the guide shows the easy and difficult aspects of Darkest Dungeon 2: it explains whether DD2 is an easy game, or is it more difficult in the first part, as well as what determines the difficulty of the game.

Darkest Dungeon 2 is a game of moderate difficulty. If you played the first installment of the series, knowing the mechanics of the game will certainly make it easier for you to adjust to the changes compared to the original. However - compared to "DD1", this game is much easier . Simplifications mainly include less attachment to the currency, the lack of some attribute modifiers (accuracy, enemy defense, easier healing and Stress recovery), or many occasions to avoid fights. The difficulties are the appearance of the Relationship system between team members and a more difficult start: you need to adapt to the pre-determined limitations (playing as specific heroes, little flexibility in skill choice). 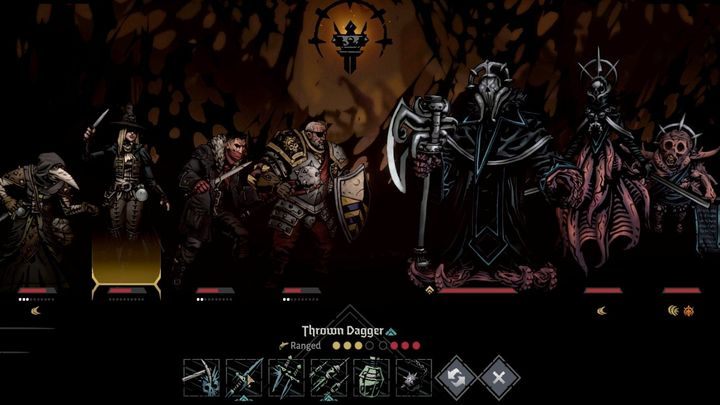