On this page of the guide to Darkest Dungeon 2, you will learn how to start your adventure with the game: how to choose a Confession, how to navigate the map, how to use the Inn or how to fight. Further, you will find some tips that can help you with your first Expeditions .

Darkest Dungeon 2 always starts the same (also when you start a new Expedition): with a fixed group of 4 unchanging heroes with the same skills. Over time, you'll be able to unlock new heroes and new skills to make the beginning easier. You can, however, complete the first stage of the game with the basic crew. 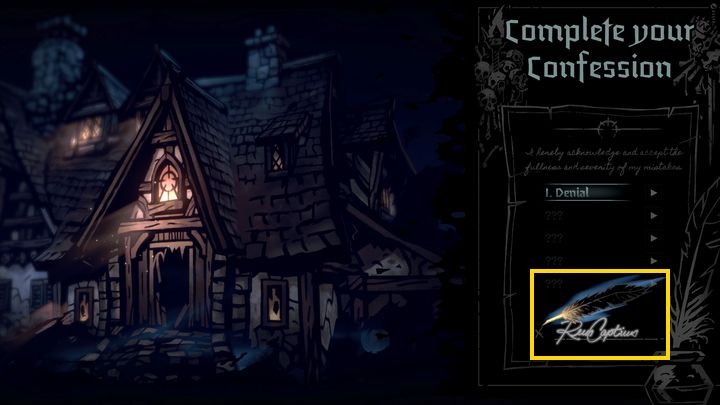 In the first step, you choose a Confession - otherwise a chapter. You will unlock more when you reach the Mountain and deal with the final boss. After selecting your Confession, sign below to venture out and proceed to the hero selection screen after traveling a few meters on the Stagecoach. By selecting the triangle next to the Confession , you will watch a short introductory animation.

The first stage - The Valley 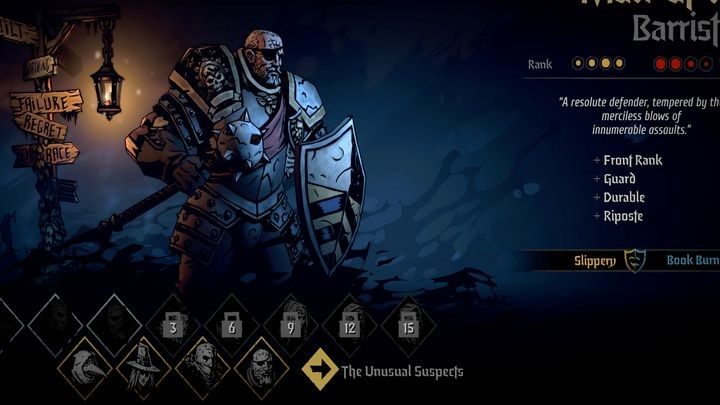 You start by assigning positions to your companions from 1-4. Each hero has skills that can only be used in certain positions. In addition, the enemies also have their own skills - most of them target heroes in positions 3-4 - that is, the closest to their opponents.

In this window you can read about the character's characteristics and learn about their Habits: yellow and blue text. They are random and will be different with each new approach. Don't worry so much at first, as bad Habits can be cured. 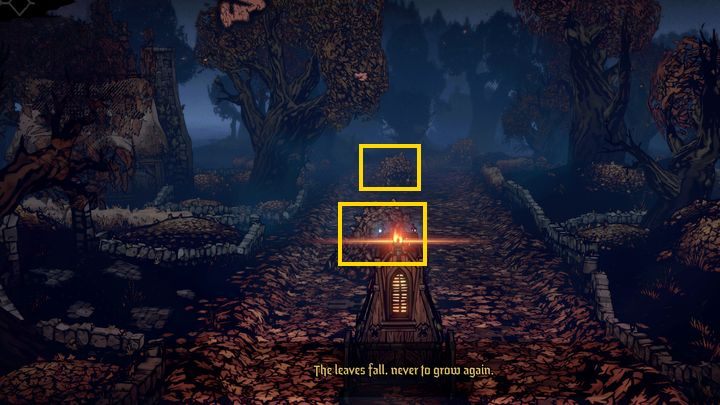 Move the stagecoach and destroy all barricades and other objects along the way, as every now and then you can find items for your inventory there. First, you will encounter a chest with a radom set of items. Search them and see which items you can equip. 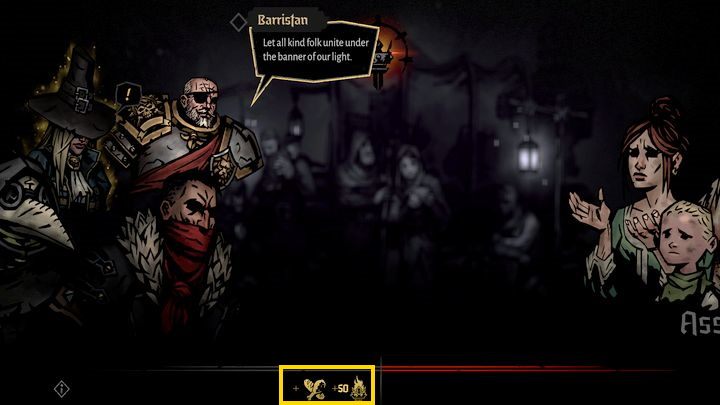 A bit further you will find another encounter: Assistance . In these encounters, you need to choose one of the options suggested by the heroes with the exclamation point. A yellow or blue border next to the other heroes visible after hovering the cursor over one of the options shows whether that hero's relationship will improve (yellow) or worsen (blue). At the bottom of the screen, you will see the benefits that this choice will give you (press Alt to see the description of the symbols). The first choice in an Expedition is always successful. 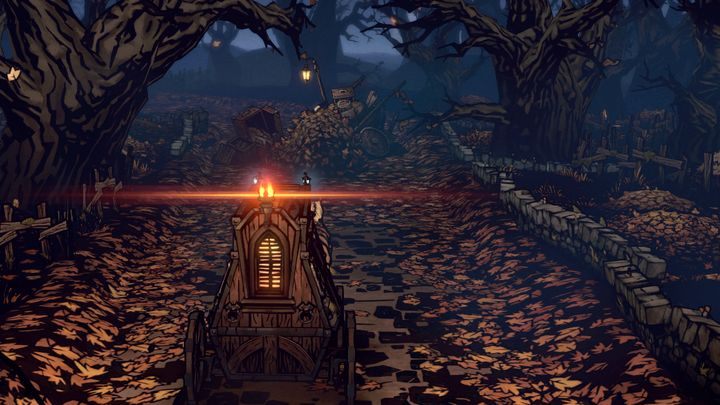 You will reach a barricade a moment later. The first fight starts here. Barricades always appear on roads marked in blue on the map. These fights cannot be avoided, but if you know that you won't win, you can try to wait them out - by increasing Block and Dodge of your teammates, you can end the fight with (possibly) minor damage after five rounds.

During your journey, you can change the heroes' positions by moving their icons.

Perform your first attacks once you've checked all these things. Pay attention to the Highwayman's Riposte, Man-at-Arms' Defender, and Battlefield Medicine of the Plague doctor; Grave Robber, on the other hand, has skills suitable for every occasion - he can attack enemies in any field on the right.

Note the heroes' positions: the Highwayman's position 4 prevents him from using Riposte and Pistol Shot, and Plague Doctor can only heal in positions 1-2. The Man-at-Arms can use the Fortress to later switch places with the Highwayman. 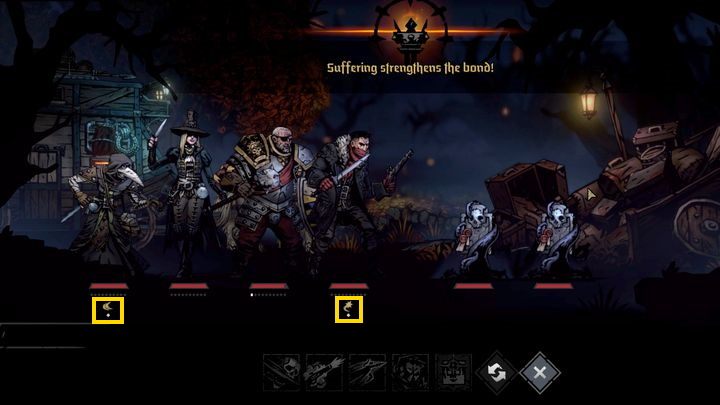 During the fight, pay attention to how the modifiers - the token - below the character change. Efeects appear above the health bar (DOT - damage over time), then the Stress bar below and effect token even lower. The screen above shows the Highwayman's Riposte token and the Dodge token (obtained from the Habit) from Plague Doctor. After hovering the cursor over each token, you will learn how many times you can use them (the dot below the token also helps, if there are more than 1 uses): i.e. the Plague Doctor can try to dodge twice during two attacks, and has a 50% chance for each attack to succeed (she will not take damage). The token will disappear even if the dodge is not successful .

After a while you will finally get to the Inn. Look through all the tabs in the lower-left corner of the screen, one by one. These are: 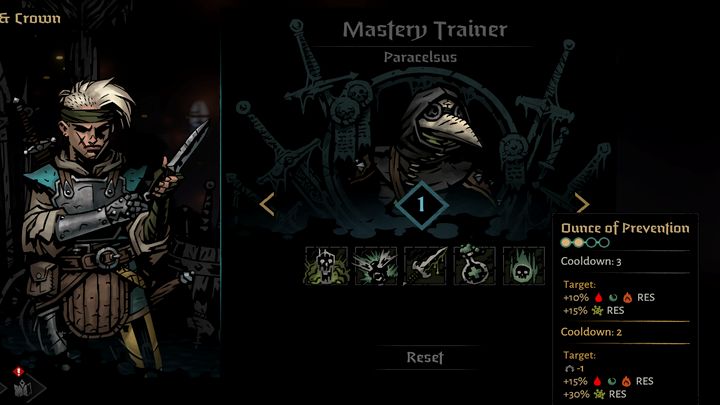 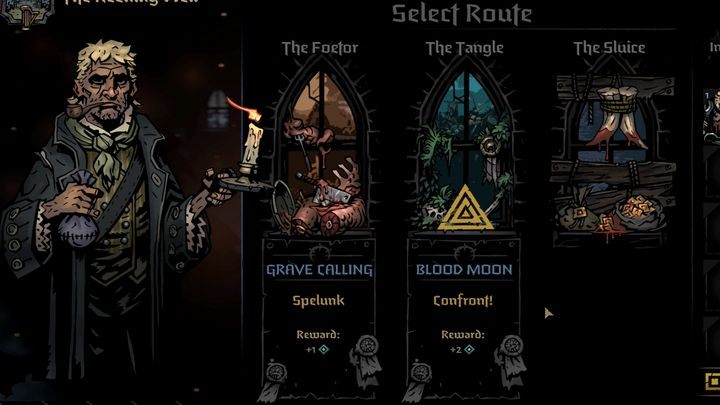 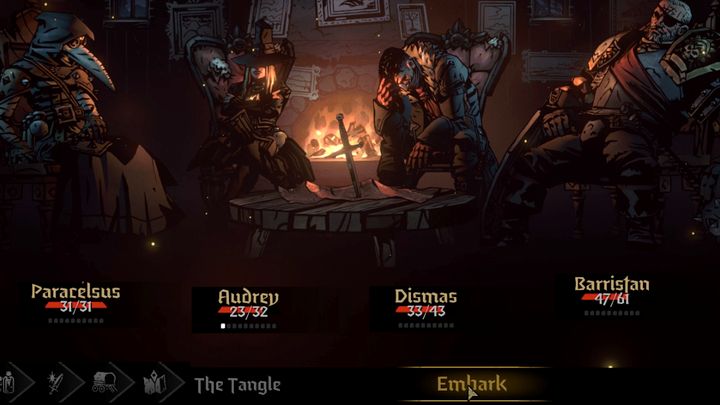 Click on the tab again to go back to the heroes screen. You will see an appropriate button at the bottom of the screen that will allow you to venture further. You need to select a region from the last tab beforehand, though.