The following page of the guide will explain what Loathing is in Darkest Dungeon 2, what modifiers increase subsequent levels, and how to reduce the Loathing level.

The Loathing level increases with each new Expedition and an Inn. It causes negative values for the Flame and makes the battles more difficult. There are 5 levels of Loathing - the lower the better. Negative modifiers appear from level 3 on. 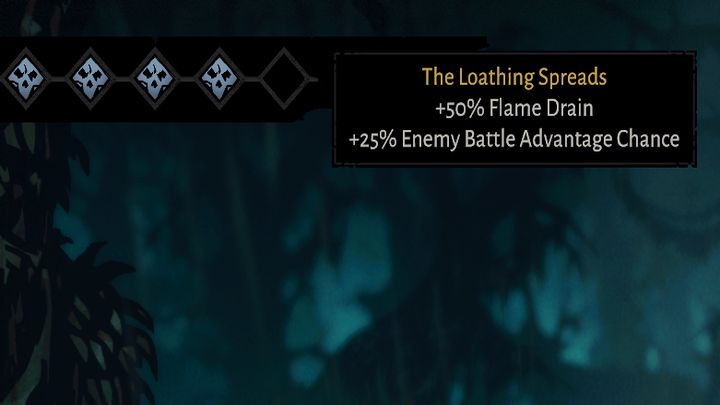 To lower the Loathing level, win fights (random battles on the road do not count), in particular these following points: Resistance, Lair, Cultists. Loathing markers are reduced immediately after winning the fight - so if the Loathing level is high, it is a good idea to quickly find the closest Fight marker after you start the Expedition.

Loathing levels have the following effects:

The Loathing indicator is visible at all times during exploration, in the top-left corner of the screen.