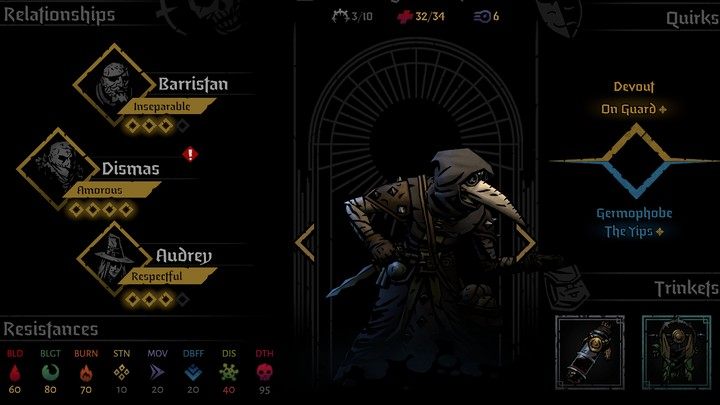 The Relationships and Emotions mechanic introduced in Darkest Dungeon 2 is an extra factor that should pay attention to when you are outside of combat. The neutral level does not give you benefits or penalties. Positive relationships can give you bonuses in combat (e.g. free random healing, Stress reduction, or even the use of a special skill such as Guard or Riposte). Maintaining negative relationships in the party will deepen them further - this will lead to a situation where the allies will be a nuisance to each other (e.g. preventing healing, Guarding an ally or granting them immunity). In addition, it contributes to increasing your or your allies' Stress.

Gender does not affect relationships. Their type is selected randomly.

You have to fill in all the "fields" on the emotions bar (shown in the 1st tab of the hero's panel) to get a Relationship - be it negative (down, blue) or positive (up, golden). Once a Relationship is established, you can end it by reducing the relationship by 4 "fields" - then the Relationship will disappear and remain neutral. 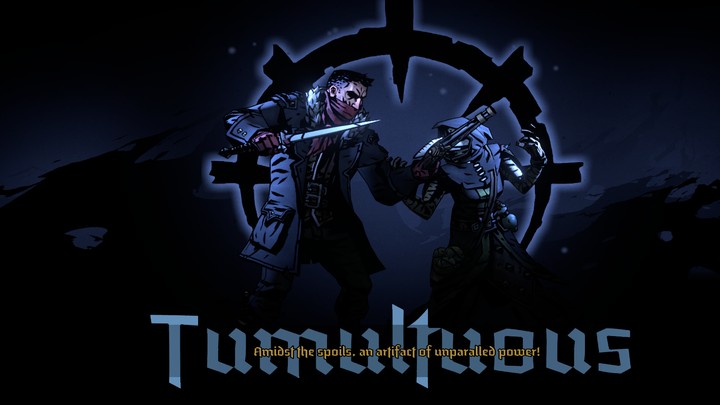 The relationship is influenced by:

A low level of Relationships can significantly hinder the game - it is worth taking care of them during each visit to the Inn.

To improve relationships, it is best to use playing cards in the Inn (Inn Item); they are often available at the merchant in the Inn. You can also use Dartboard or Boxing Gloves, but the chance of improving a relationship is lower.

Stress is represented by the black boxes below the health bar that will turn white. It is the second important parameter after the health that is worth paying attention to. Some enemies use special attacks that do not lower HP but increase the Stress level. Relationships and critical hits (your [ ] or the opponent's [-]) also have an impact on the Stress level. You can reduce the Stress by using Inn Items and some skills/combat items. 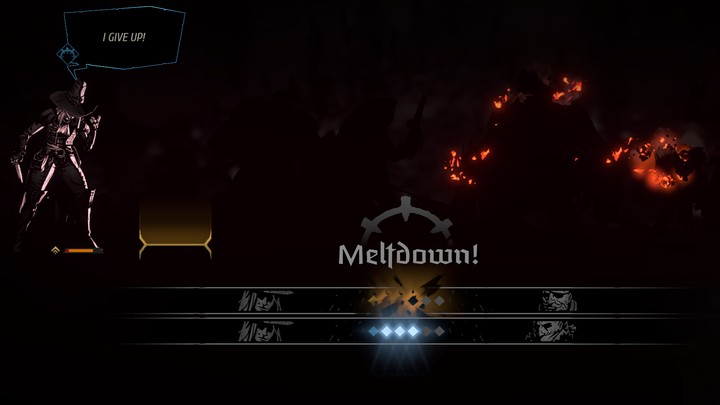 When the Stress level is full, the hero will suffer a Meltdown . This will result in a sudden deterioration of relationships with allies and the loss of some health points. A Meltdown may also result in acquiring a negative Quirk . After a Meltdown, some of the Stress will disappear.

The easiest way to lower your Stress is to use the Inn Items while resting; if you don't have them in your inventory, you can buy them from the local merchant. During the game, always have the Laudanum combat item with you - it lowers your Stress by 1 level, but it can be used without losing a turn and it is very cheap (3 Relicts).

Stress is influenced by many factors:

To be able to constantly reduce Stress during the battle, improve the Plague Doctor's skill - Ounce of Prevention. It allows you to reduce the Stress level of all heroes by 1.

It is worth monitoring the level of Stress and lowering it gradually. Some enemies, including the Cultists, have numerous skills and curses that are effective in increasing your party's Stress. It is worth avoiding such fights in some parts of the game.