On this page of the Darkest Dungeon 2 guide, you will find information about the differences between this and the first part of the game.

Do you have to complete the first part?

Completion of the first part of the game is not required to start playing Darkest Dungeon 2 . The game has a fairly shallow storyline, so you don't lose much of the story. Nothing prevents you from completing DD1 at a different time. If you do not know the first part, it can be so much more difficult to know the mechanics of the game - this one, however, changes quite strongly in part two. On the launch day, however, it should be remembered that the first part, due to the numerous DLCs, is a much more extensive position .

Darkest Dungeon 2 differs significantly from the previous part. However, it also has some common features.

Despite the big differences, DD1 players will quickly learn the new mechanics and it will be much easier for them to start the game. However, thanks to this guide, you can save a lot of time and bad choices to start and continue the game more effectively. 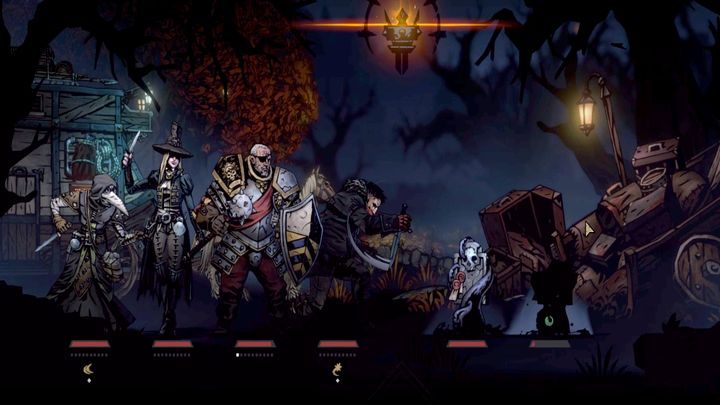