On this page of the Cyberpunk 2077 game guide you will learn if it is possible to leave the world map and escape from Night City.

Can you cross the Night City border? 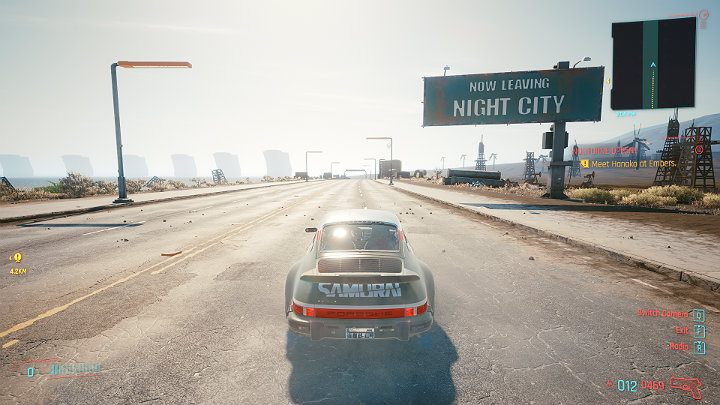 The map of the world in Cyberpunk 2077, including the inhospitable areas outside the city (the Badlands) is really big, and there are sizable signs on the borders of the Night City indicating that you will leave the city if you continue in the given direction. 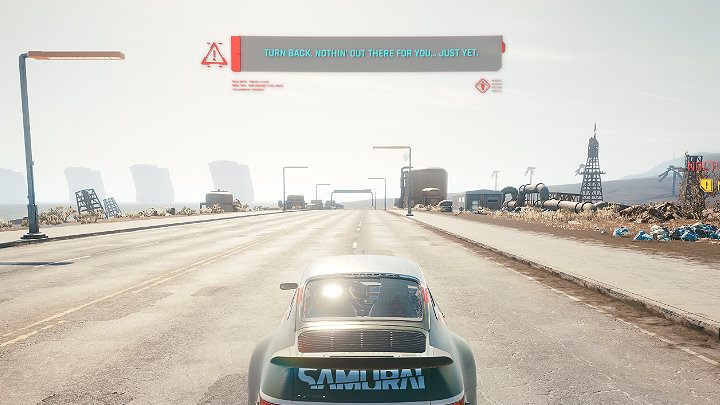 When you cross the Night City's borders, a notification will appear on the screen encouraging the Player to turn back, because there is nothing else to explore further - at least not at the moment. If you decide to continue driving in this direction, the screen will black out and you will reappear at the information board.

How to leave the world map?

There are several ways to exit the world map in Cyberpunk 2077, but these methods are connected to the game's endings and, as such, we won't discuss them here in order not to spoil the fun of completing the main storyline of Cyberpunk 2077 on your own. If you want to learn more about the endings available in the game, we have described them all in the Endings section.