Using melee weapons in combat is one of the ways to dispose of your enemies in Cyberpunk 2077. Keep in mind that melee weapons are divided into two types - blunt and bladed. The choice is important because there are significant differences between the two types of melee weapons and their corresponding perks. On this page of our guide, you will find everything you need to know about bladed and blunt weapons.

How to distinguish between the two types of melee weapons? 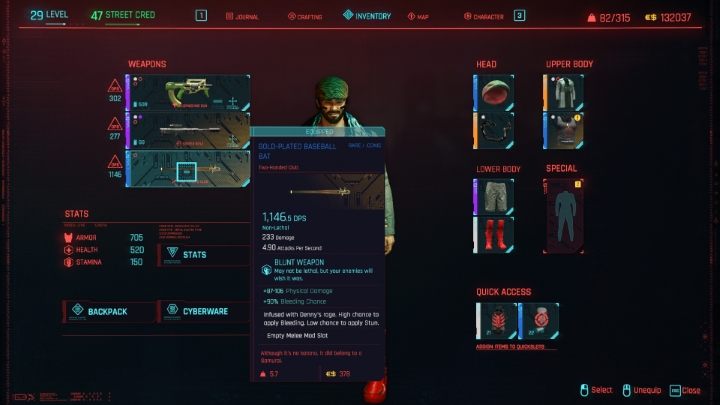 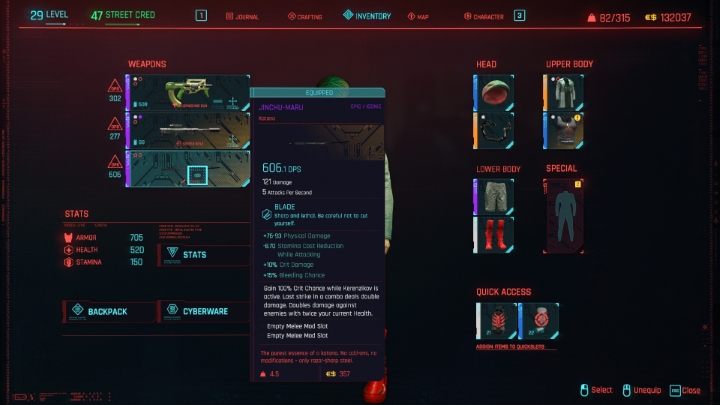 Recognising a melee weapon's type is simple. The various types of baseball bats and batons you encounter are considered blunt weapons, while bladed weapons include katanas, knives and machetes. It's a good idea to check the type of weapon in your inventory. You just need to hover the cursor over the particular weapon.

At the beginning of the game, it's best to choose on type of melee weapon to specialise in. Each weapon type corresponds to a different perk tree (see below), so it's best to focus on just one of the two. 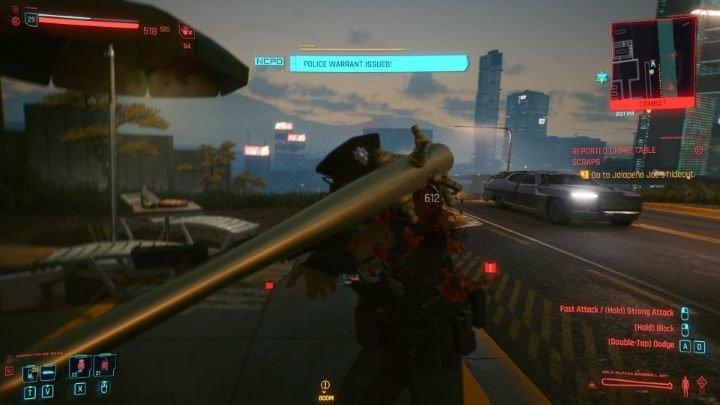 Keep in mind that the blunt weapons in Cyberpunk 2077 can't be used to kill enemies. They are used to stun them, instead. This means that, by limiting yourself to blunt weapons, you can beat the game without killing anyone. Of course, blunt weapon still deal full damage - despite the fact that the attacked enemy doesn't die as a result. It is also worth mentioning that blows made with blunt weapons are usually slower than bladed weapon hits. 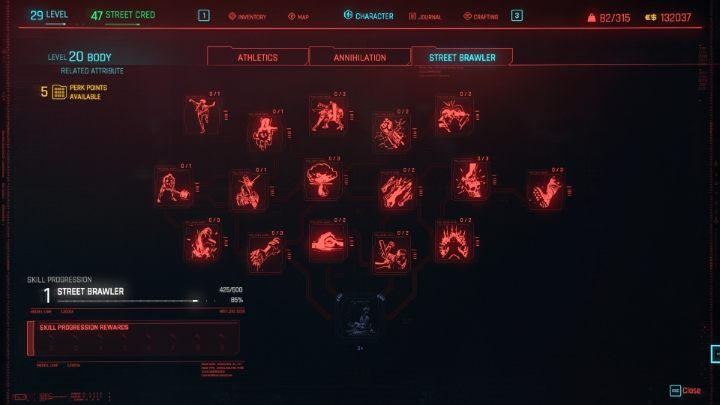 Body is the attribute associated with blunt weapons. In turn, the perks affecting blunt weapon combat can be found in the Street Brawler tree. 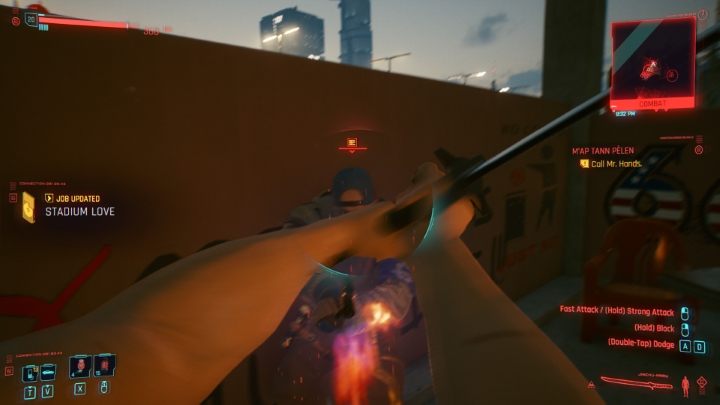 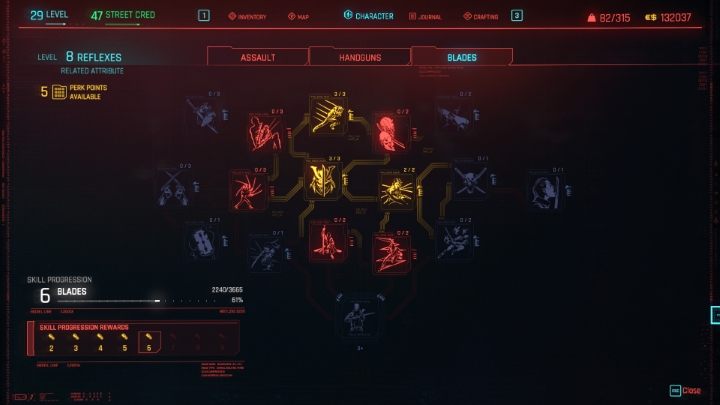 The attribute associated with bladed weapons is Reflex, and the perks that affect their efficiency can be found in the Blades tree.