From this page you will learn what the user interface in Cyberpunk 2077 looks like and how it changes depending on the situation.

The user interface in Cyberpunk 2077 is very clear and intuitive. There are no unnecessary elements on the main screen that could interfere with the game or distract the Player. However, some of the elements of the interface only appear in certain circumstances. 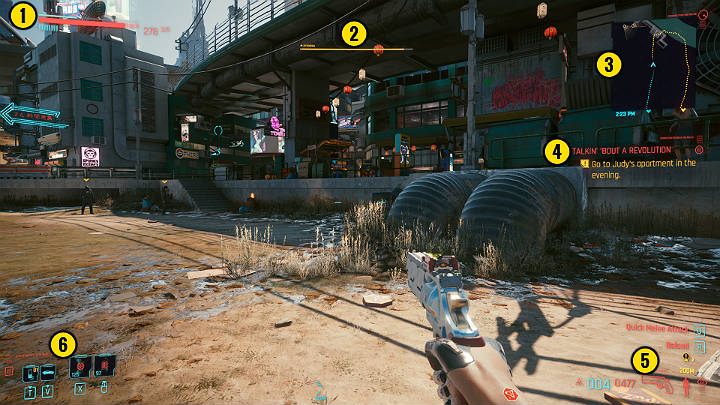 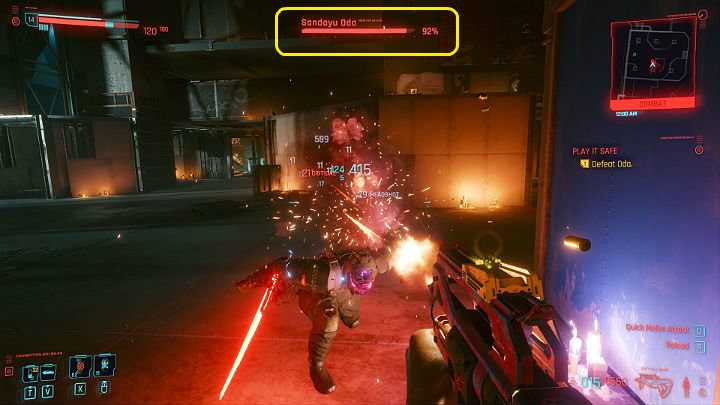 During clashes with the bosses of Cyberpunk 2077, an additional element appears on the screen - the opponent's large red health bar. On the right side of the bar you can see the percentage of health the boss has left, and the opponent's name is displayed above the bar. 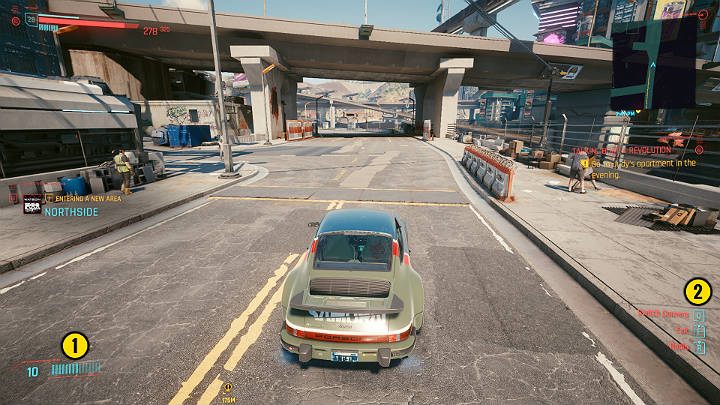 After taking a seat in a vehicle (car, motorcycle), additional information is displayed on the main screen.