In Cyberpunk 2077, you can use many types of weapons and even fight with your bare fists. In this build, however, we will focus on the Katana, a traditional Japanese blade. With the right distribution of attribute points, and with specific perks and mods, you will move around the battlefield like a true samurai and deliver accurate blows with deadly precision.

The main attributes for this suggested character build in Cyberpunk 2077 will be Reflexes and Body. The rest of the attribute points are worth spending for Cool.

Below, you will find a detailed list of all of the most important perks that you should pay attention to while developing your character in Cyberpunk 2077. These perks will be crucial and they will greatly affect the efficiency of the Samurai build.

The main weapon in the suggested build will obviously be the Katana, such as e.g. Satori. You can get the iconic Satori Katana during the main quest The Heist - before escaping from Yorinobu's apartment, go to the roof of the building, take out the security guards and take the weapon from the AV which brought Saburo to Konpeki Plaza. Additional stats of the presented weapon, such as increased chance to cause bleeding, chance to critical hit and critical damage, will be extremely useful. 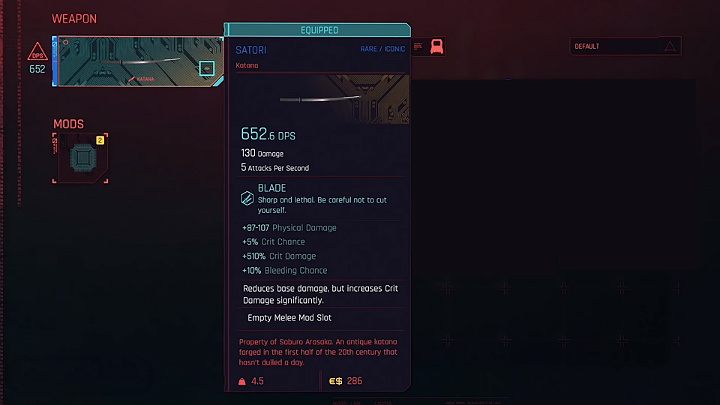 While playing Cyberpunk 2077 you will find a whole bunch of clothes, but you should pay special attention to the items with a bonus to the critical hit chance, as well as to critical damage. The armor stats will also be important - they should be as high as possible. 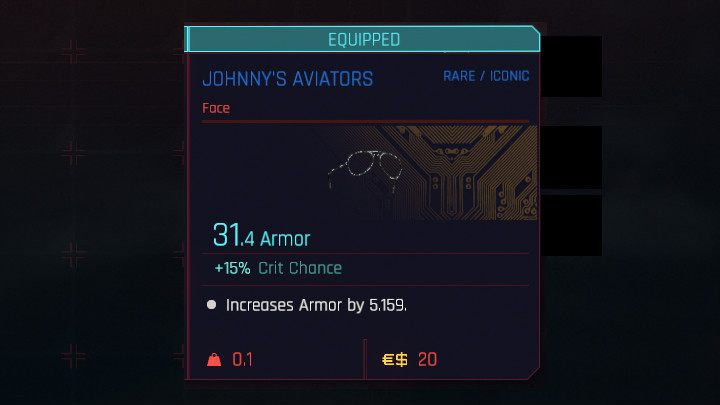 In Cyberpunk 2077, players can additionally modify cyberware, weapons, and clothing to better suit their character to their play style of choice. When choosing the right modifications, you should pay special attention to the mods that increase the critical hit chance, critical damage, and headshot damage.

Three options are worth considering when you select the weapon mods: Cold Shoulder, White Knuckled, and Scourge. 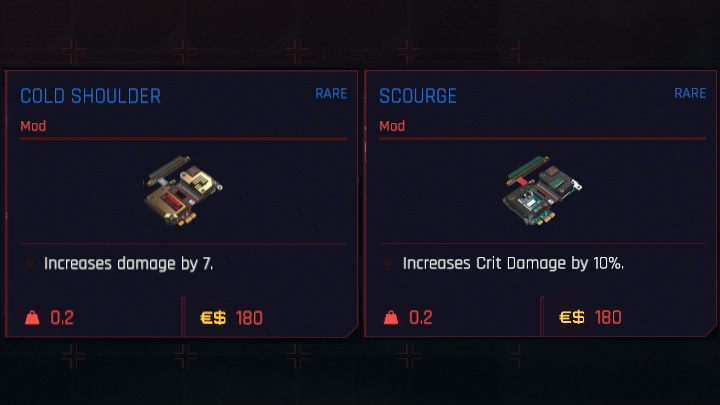 Probably the best operating system for this character build is Militech Berserkr MK 5, which can be purchased from Nina Kraviz at the Medical Assistance clinic in Charter Hill. 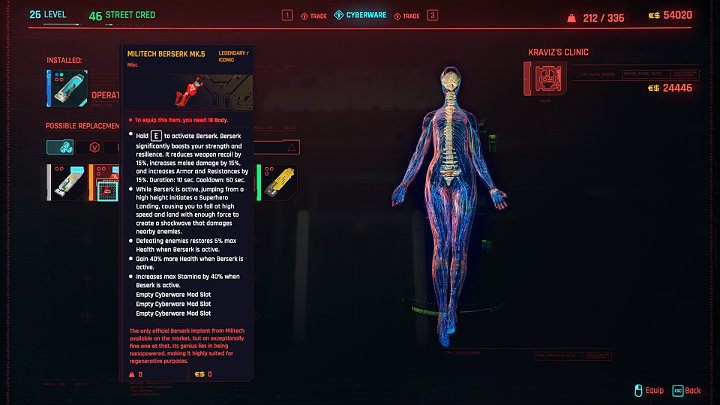 You can activate the operating system (E by default) and gain extra boosts for 10 seconds. The cooldown time is 60 seconds.

Devastating Berserk is one of the best operating system mods, which works perfectly with the Militech Berserk MK 5 described before. With this modification, the critical hit chance will be increased by 15% during Berserk. Can be bought from the Ripperdoc in the Kabuki area. 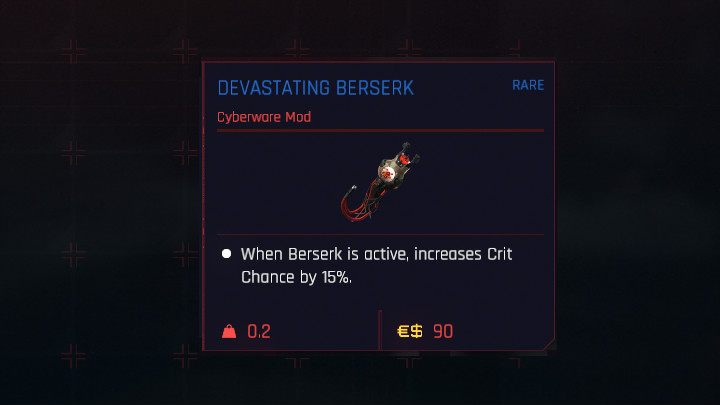 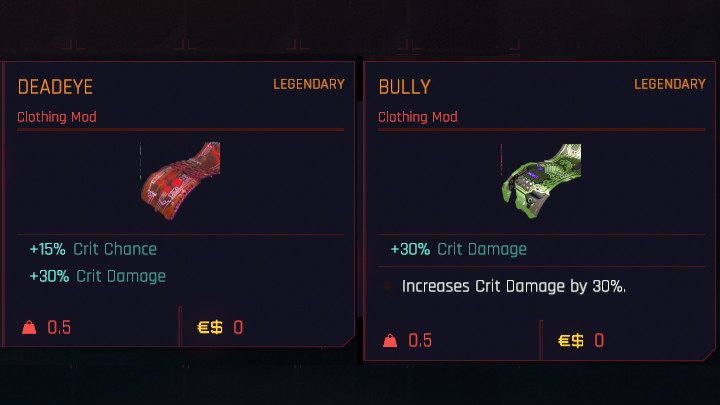 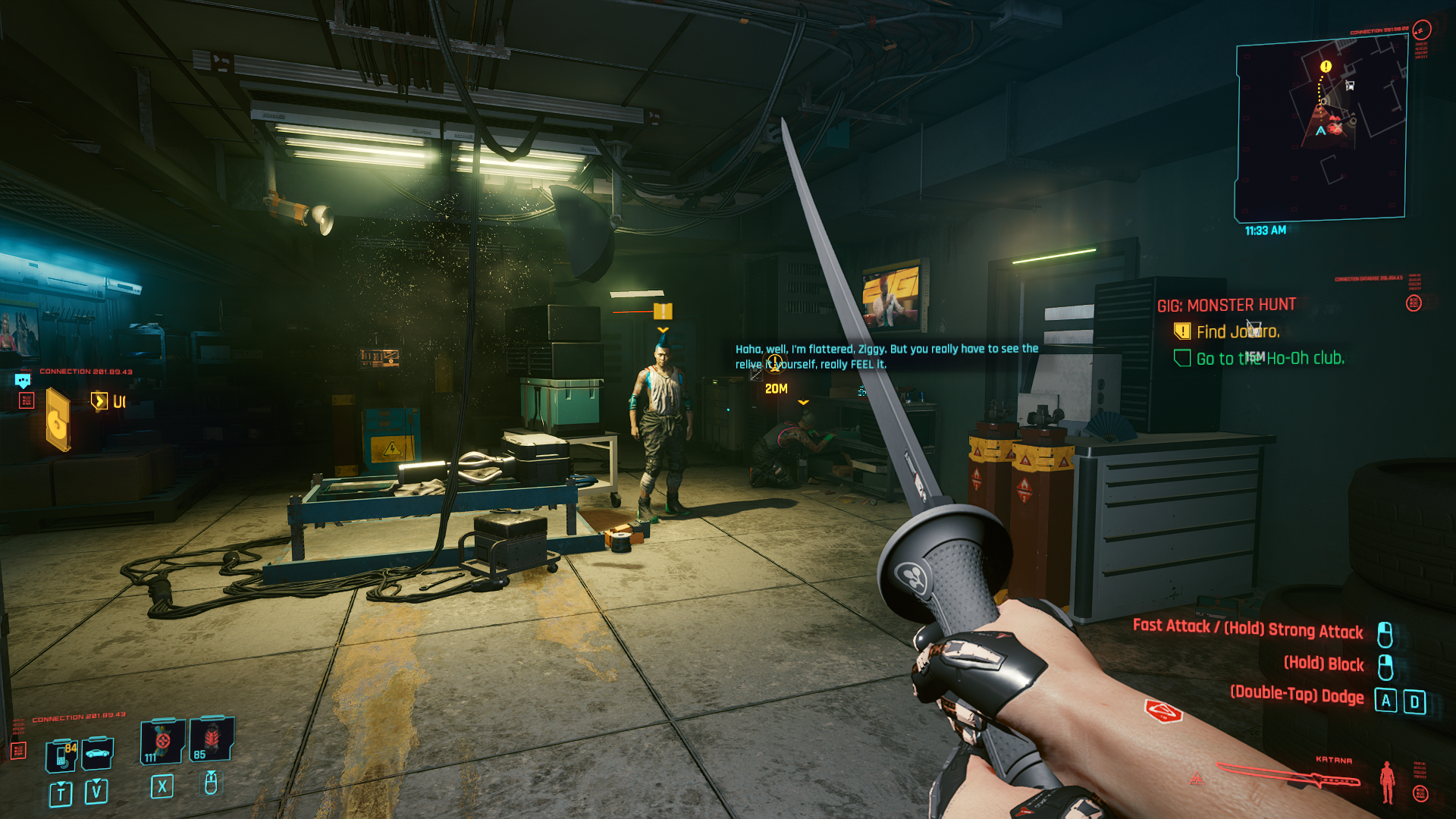