On this page of the Cyberpunk 2077 guide, you can find a walkthrough of The Highwayman side quest. From our walkthrough, you will learn where the first garage is, where James is, where to find Josie and how to open the second garage and pick up the free motorcycle.

Additional note - this quest is one of the few that does not display markers on the map. You will not be led to any locations - you have to find them yourself. Luckily, you can use the maps in our guide, on which we have marked all the places to explore.

Start of the quest 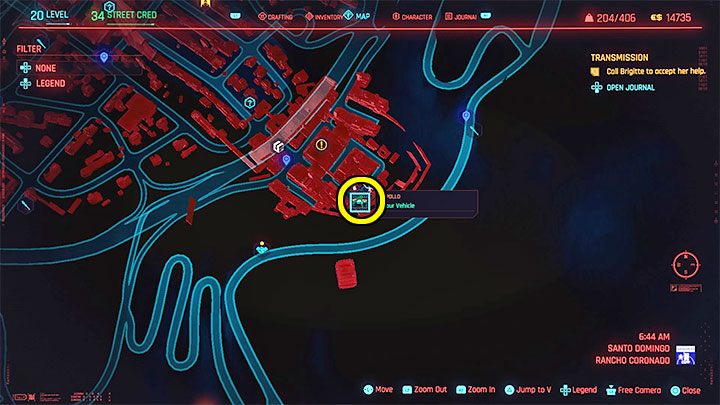 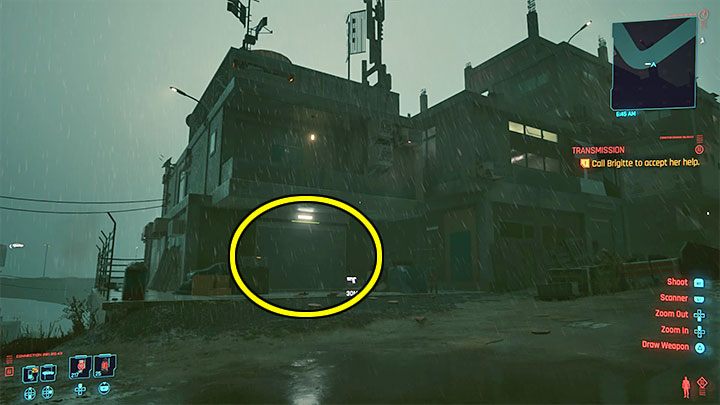 How to start the quest: This quest does not start by reaching the marked place visible on the map. The starting point of the mission is hidden. You have to reach the garage shown in the picture. It is located in the Rancho Coronado district of Santo Domingo. Nearby the garage, you will find, among others, a gun store marker. 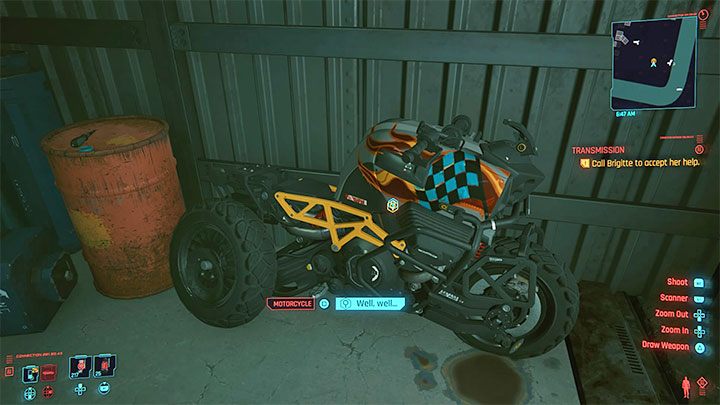 Interact with the garage door to pick it up and investigate the motorcycle wreck. This will initiate a conversation with Johnny. 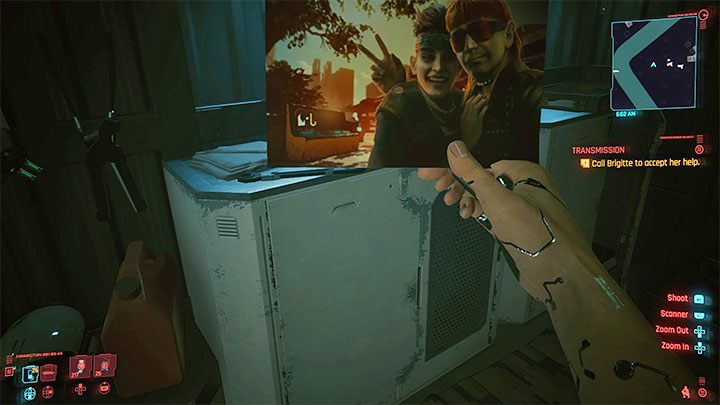 Interact with the computer in the garage to read a message from James. V will also automatically find a photo with a hint of James and Josie's (the owner of the garage) favorite place. 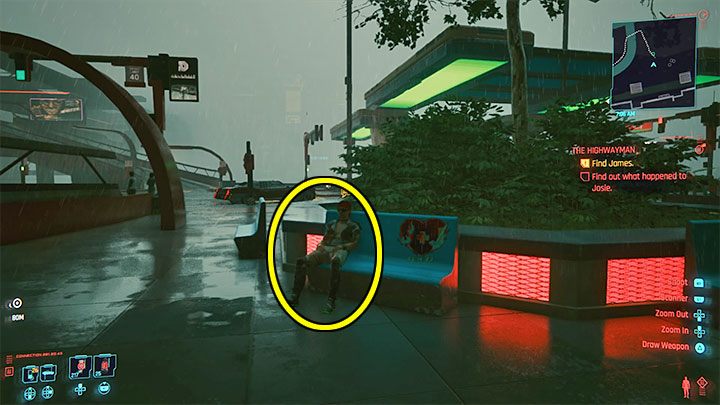 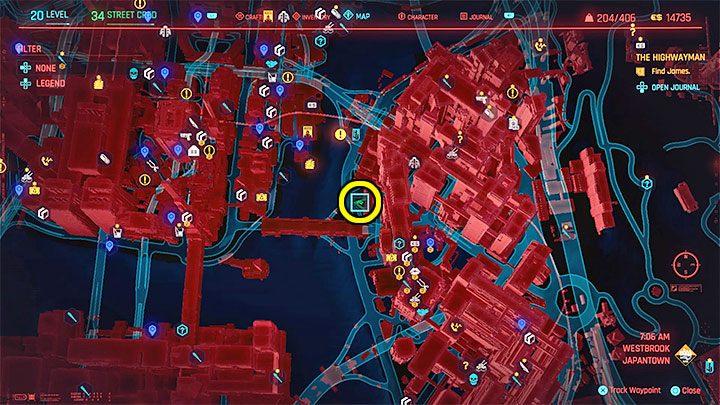 The game will not show you the location of James. You have to locate him based on the hints from the photo found in the garage. You must travel to the Japantown district in Westbrook, to a location with small trees, bushes, and benches shown in the pictures above. 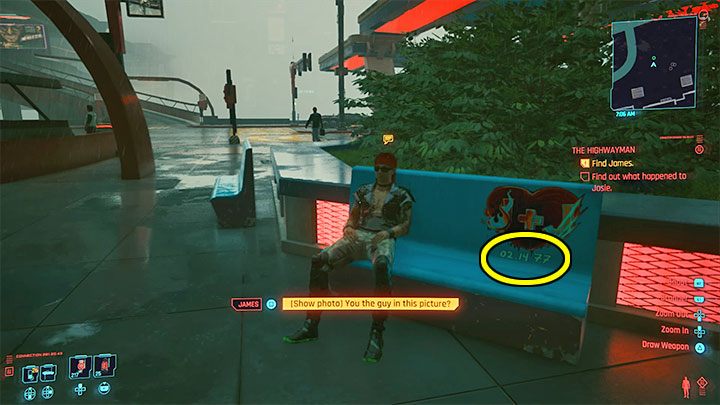 James will be sitting on one of the benches. During the talk, V will show him the picture. Also, note the heart drawing on the bench - the date visible under it is a hint to solve the mini puzzle at the end of the quest. 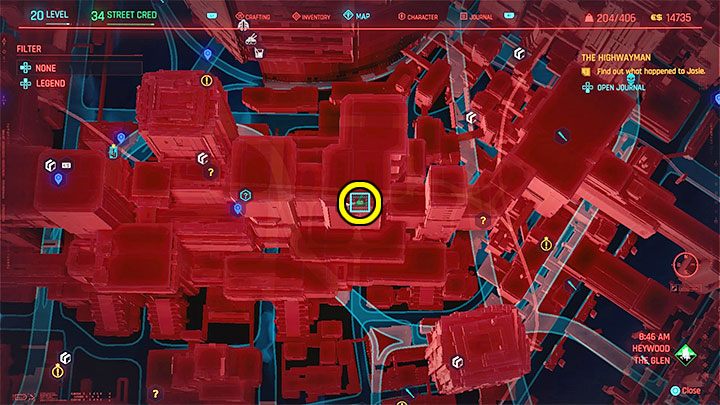 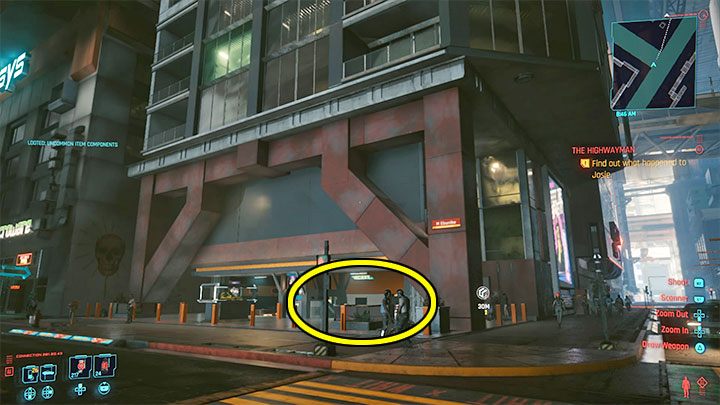 Again, the game will not show you Josie's location. You have to find her by yourself based on the hint that she took the subway.

Get to The Glen district in Heywood. The destination is shown in the attached pictures - it is an unmarked subway station located east of the fast travel point Metro: Glen North. Right next to it there is also a Drop Point marker. 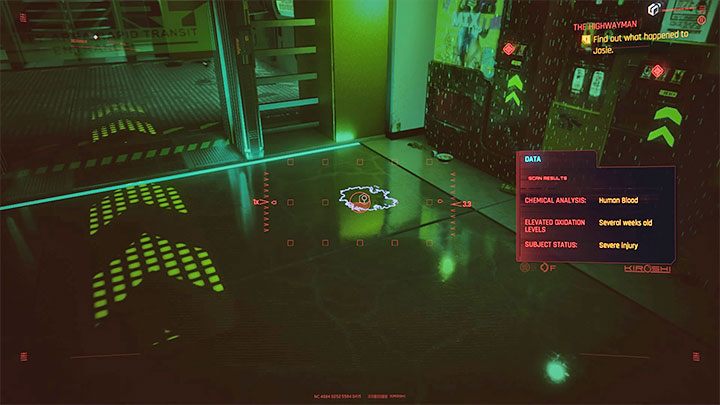 Go to the subway station and turn on the scanner. You will find the first blood pool, and it might be Josie's blood. 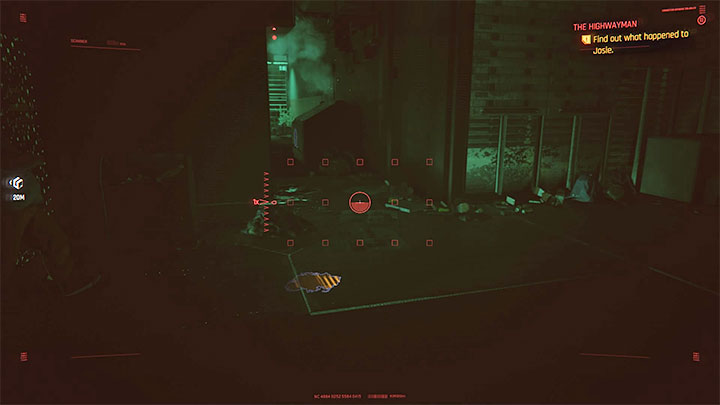 You have to continue to use the scanner and find more pools of blood. 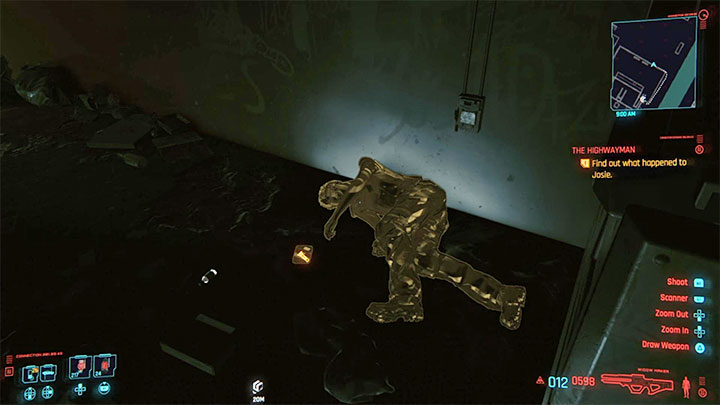 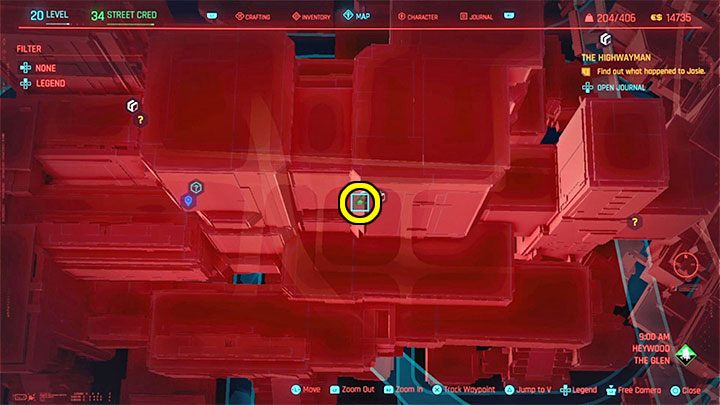 Traces of blood will lead you to a narrow alley between the buildings. Josie's corpse is behind the trash container. Scan it and read the datapad lying next to the body. 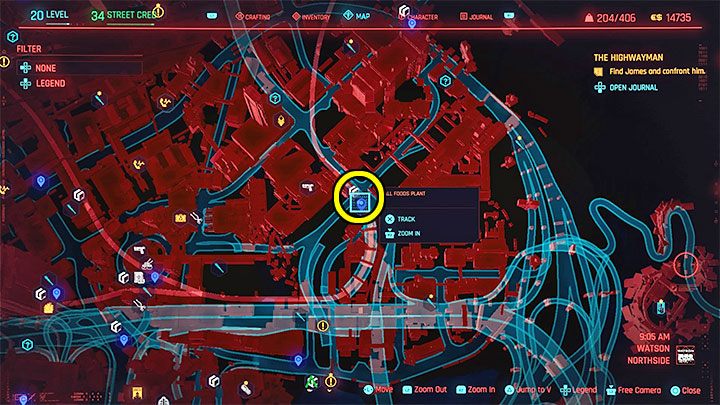 Finding Josie's motorcycle is optional and does not appear in the quest list. It is worth doing it because you can get a free motorcycle.

As a fast travel destination, choose the All Foods in the Northside area. According to its name, it is the All Foods factory that you visited in one of the initial storyline missions. 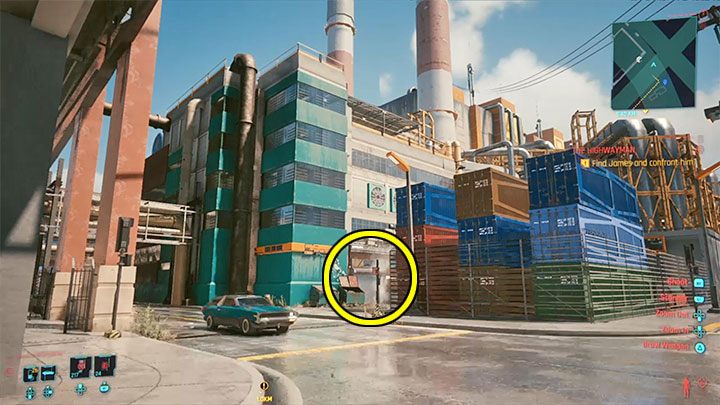 Go east of the factory, specifically to the area with containers shown in the picture. 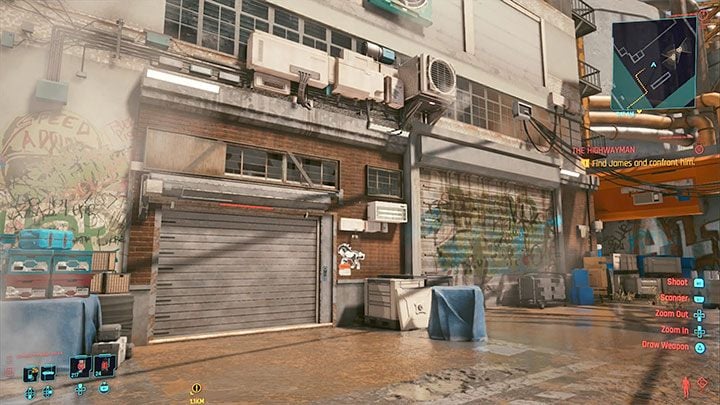 Here you will find a closed garage shown in the picture.

Interact with the keypad to the right of the garage door. Do not press the default interaction button (Square on PS4/PS5), because you will receive a no-access message. Instead , press the keystroke buttons (X on PS4/PS5).

Enter the combination 0214 that way. The code is a part of the date, which was on the bench next to James. 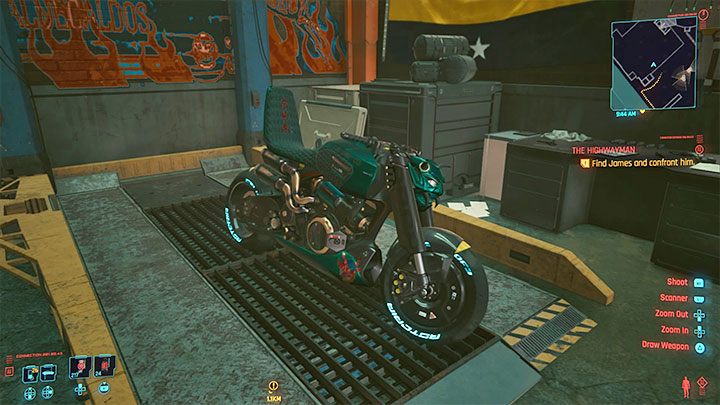 The Nazare Istumade motorcycle is in the garage. Get on it so that it becomes your property. You will be able to summon it, and you will never lose it. 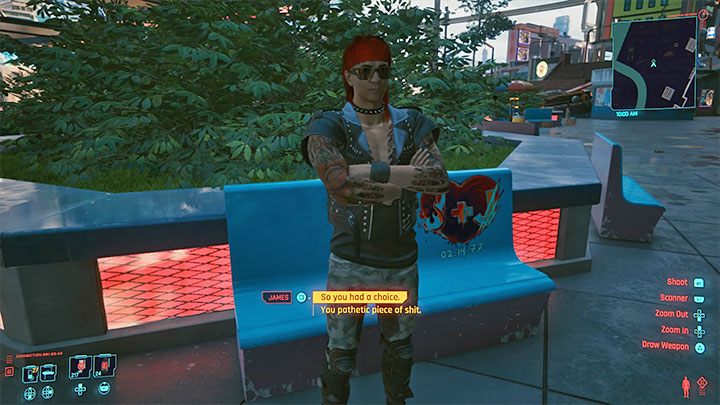 All you have to do is return to James in Japantown in Westbrook, and as you already know his location, it will be shown on the map. The confrontation with James is linear. You don't have to be afraid to have to fight him. This will end the mission.