This page of the Cyberpunk 2077 game guide contains tips on how toincrease the amount of RAM used by cyberdeck. Memory is necessary to activate hacks and there are various ways to temporarily or permanently increase the memory. 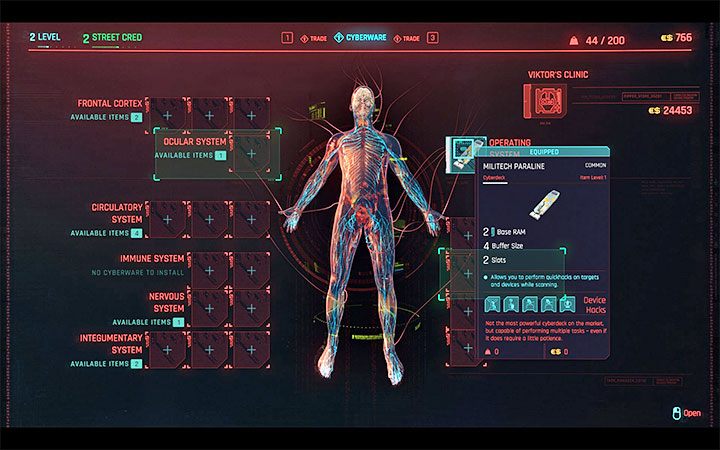 To remind you, Cyberdeck is an operating system and looks like a flash drive. Your character can only use one cyberdeck at a time. Each cyberdeck has a certain amount of RAM that can be used to activate hacks, i.e. simply to hack devices and opponents using the cyberware. The first cyberdeck you will get during the game unfortunately has only 2 RAM units and this is only enough for the most primitive hacks. 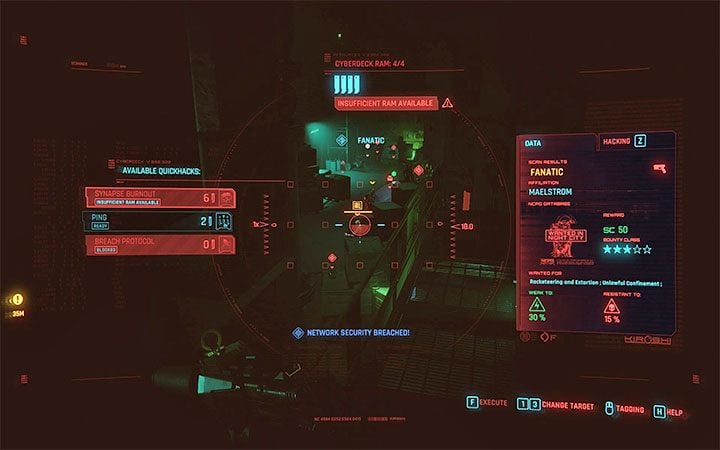 Lack of required amount of RAM may prevent performing more advanced hacks ( example of this type of message in the picture). A certain consolation, however, is that the memory used to perform hacking activities is quickly restored. This allows you to start hacking more quickly.

Some pieces of cyberware or perks can further improve RAM renewal and allow you to hack even more often. 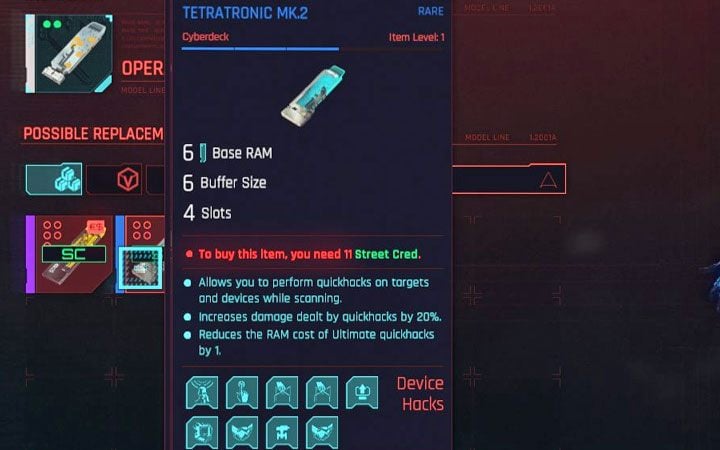 The most obvious solution to this problem is to buy a cyberdeck with more RAM. You can visit ripperdoc for this purpose. However, two things need to be noted here: 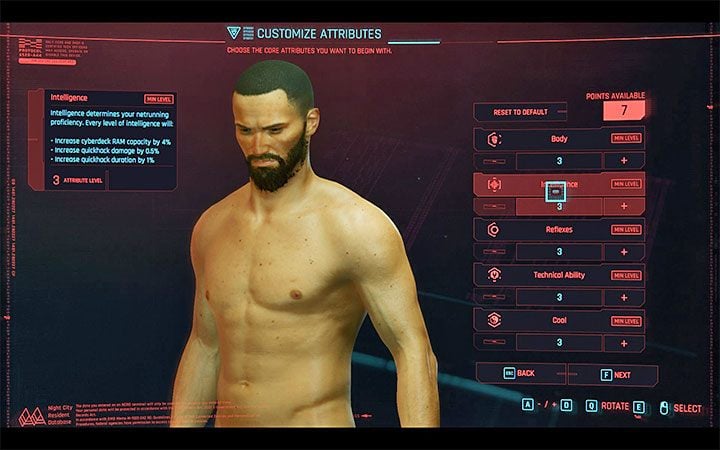 Increasing the hero's intelligence (this is one of the main attributes the hero is described with) can permanently increase the amount of RAM. The increase is 4% for each point spent. If you can develop your intelligence to a maximum of 20 points, you can gain as much as 7 RAM units. 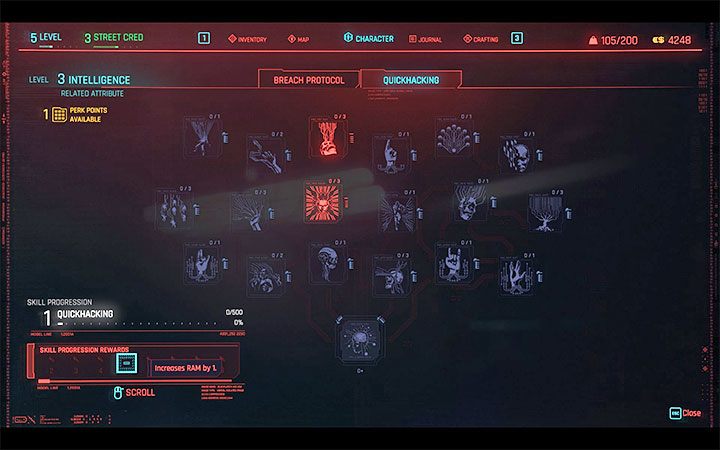 Another method is to develop combat hacking skills (by performing hacking activities). You can receive additional "rewards" from increasing the amount of RAM - to do that advance Combat Hacking by 5, 10 and the maximum, 20 level. Each of these three promotions will permanently increase RAM by 1.

A very similar method to the one described above is to develop protocol breach skills (thanks to passing the mini-hacker games). In this case, the RAM can be permanently increased by 1 when Protocol Breach is advanced to level 8 and 13. 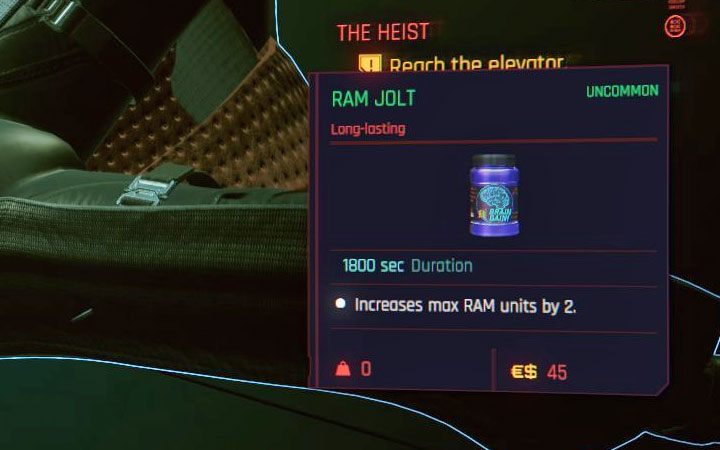 You can also temporarily increase the amount of available RAM and this is made possible by using appropriate single-use items. An example of such an item is the RAM Jolt from the picture above - it increases the amount of RAM by 2 and this state lasts for 30 minutes. A good idea is to use such an item at the beginning of a mission or before exploring a larger location that contains opponents. 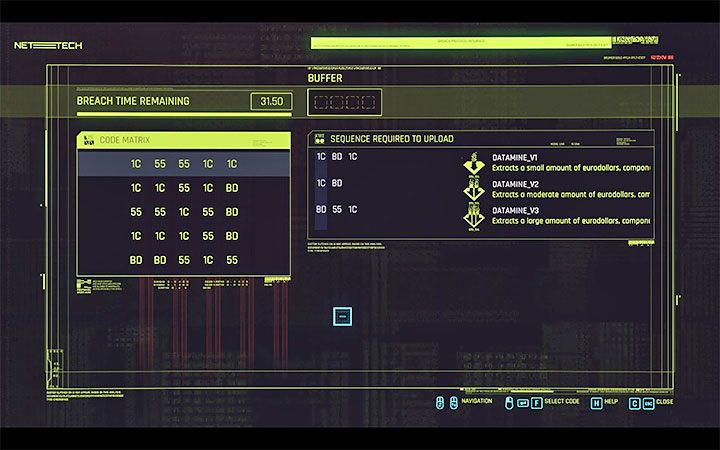 The game also allows you to reduce the hacking RAM requirements . Here are examples of how to achieve this:

1) You can use a hack called Breach Protocol. This involves completing a hacking mini-game, which is described on one of the separate pages of the guide. Further hacks targeting the same device/character can become cheaper. 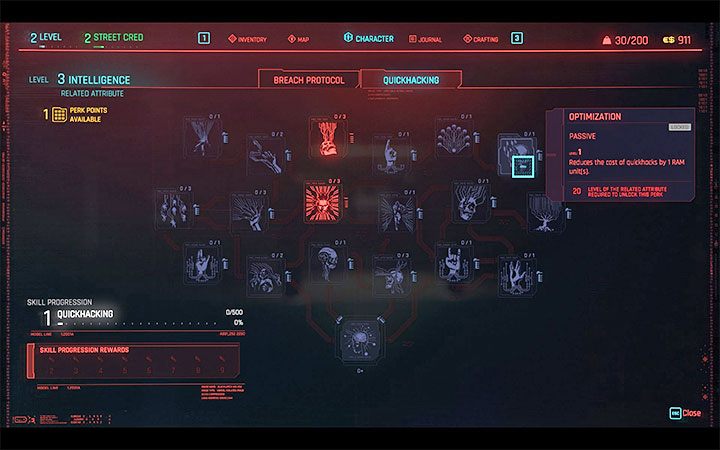 2) You can unlock perks from the Breach Protocol and Quickhacking categories, which can lower RAM requirements.