This page of the guide discusses the proper reaction to V being hackedby an opponent. Ignoring this may mean losing some of your health or getting a debuff. 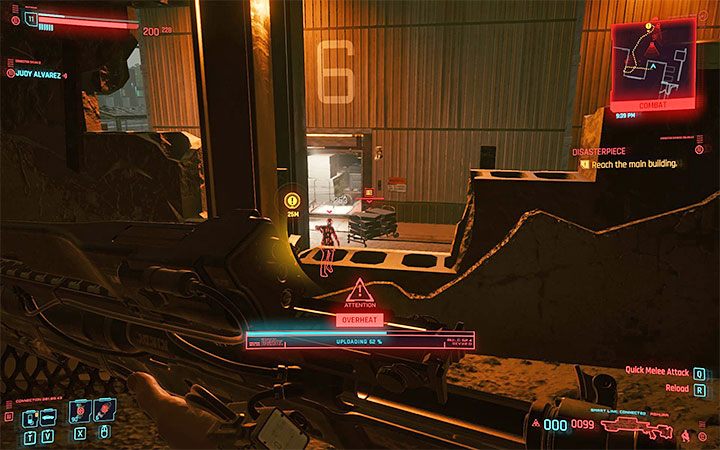 Hacking attempts can start if you are simply spotted by one of the netrunners. A progress bar will then appear on the screen, symbolizing how much time is left before the opponent hacks you successfully. 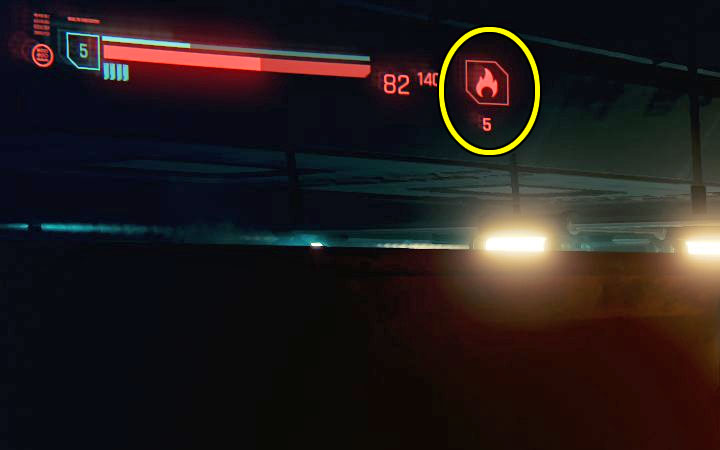 If a hacking attempt by an enemy netrunner is successful (i.e. when the hacking bar is filled, V will be attacked by an enemy hack. They appear in different varieties. Some of them can do regular damage or stun the hero; others (such as Overheat shown on the image) can apply debuffs on V. If you receive a debuff (fire damage in our example) an icon will appear next to the V's health bar indicating how long the status will last. 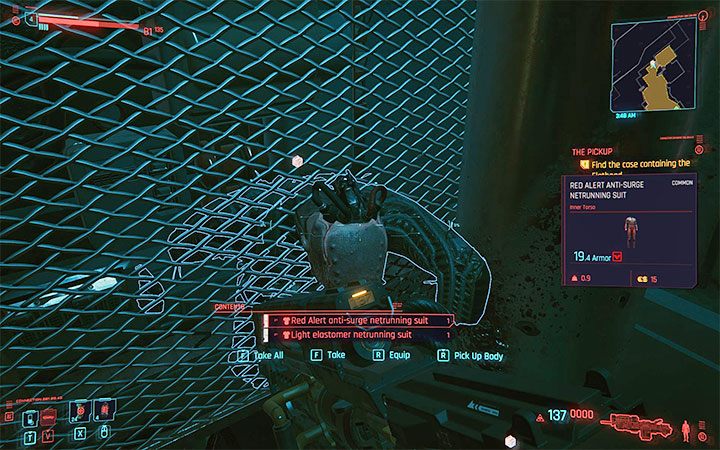 You can also try running, but this might not always work, as the hacks have a rather long range, and you'd have to cover quite a lot of ground to break the hacking attempt. 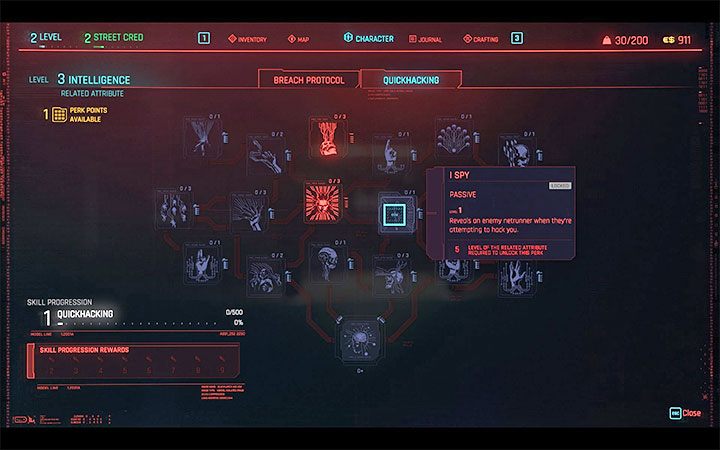 How to find the netrunner that's hacking you? Well, the game contains mechanisms that make it easier to find the person responsible for hacking. You can: