On this page of the guide to Cyberpunk 2077, you will find information on how to defeat Royce using the power armor. The encounter with this boss can be triggered during the visit to the All Foods Plant. Apart from describing the fight itself, we've also written about how you can skip the Royce boss fight altogether. 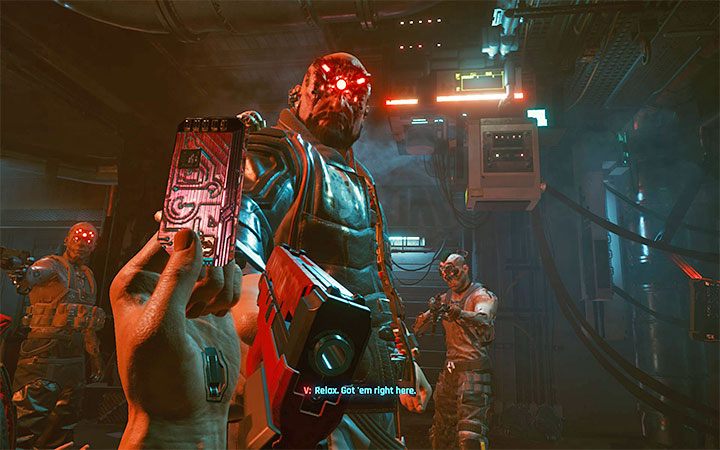 The meeting with Royce can take place in different circumstances. If you "peacefully" walk through the first rooms of the factory, there may be a direct meeting with Royce. Negotiations with him may have different outcomes, and one of the possibilities assumes a fierce shootout with the gangsters. Royce will not be a big threat then and can easily die. 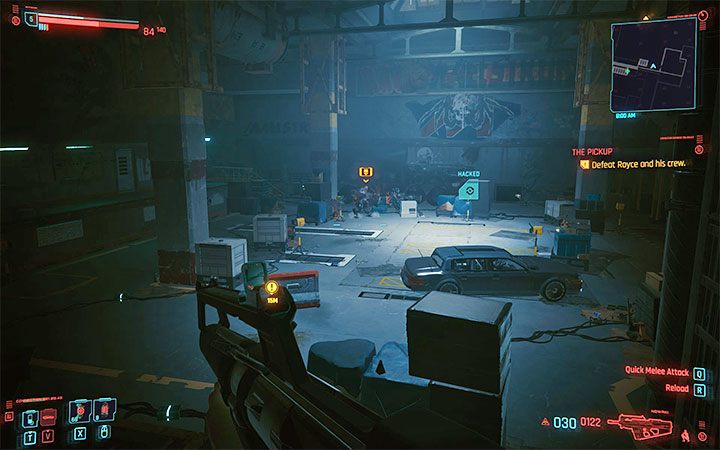 If, however, Royce hasn't died during your first negotiation meeting, he will appear in power armor towards the end of the escape from the factory, after obtaining the spiderbot. You can see the location of this fight on the screen. 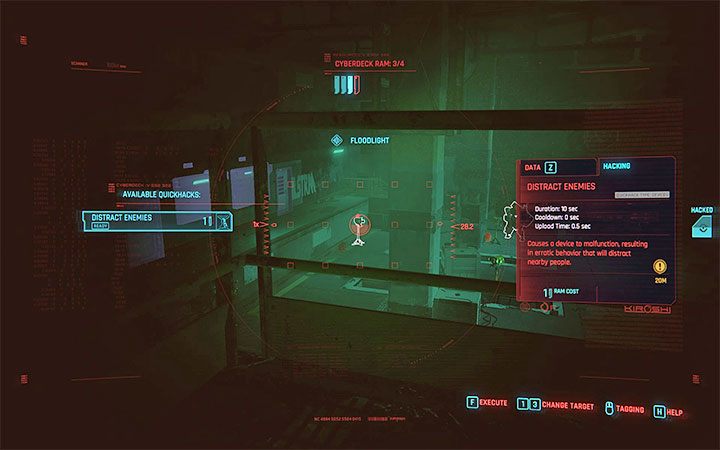 There are two main ways of confronting Royce. The first is to sneak to the exit, avoiding a fight with Royce altogether. The easiest way to do this is by hacking one of the elements of the environment and choosing to distract the boss. 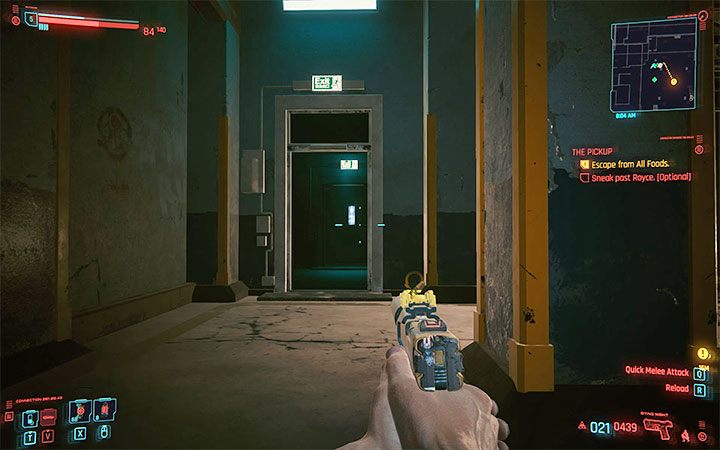 Apart from Royce, you have to beware of a regular opponent that's with him, Ganger Maniac. You can wait for him to turn around, get rid of him with a stealth attack, or distract him as well. Ultimately, you have to sneak out of the warehouse. 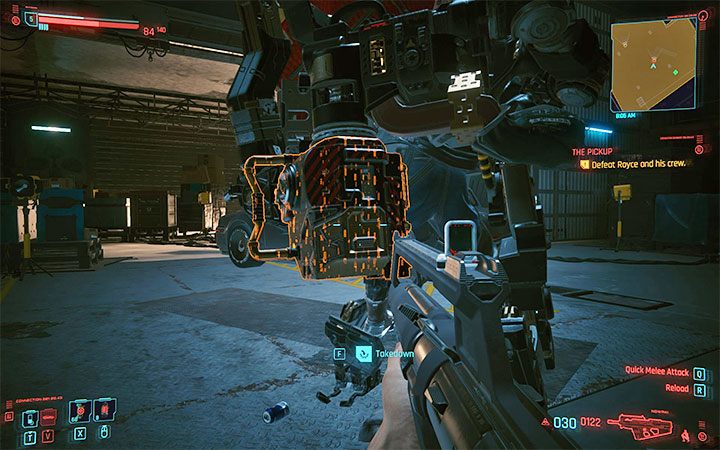 The second variant is to deal with Royce in open combat. In this case, the recommended way to begin the fight is to sneak behind the boss from behind. By performing a successful surprise attack and sabotaging the hardware that Royce carries on the back of the power armor, you can instantly take about a quarter of his health before the fight even begins. 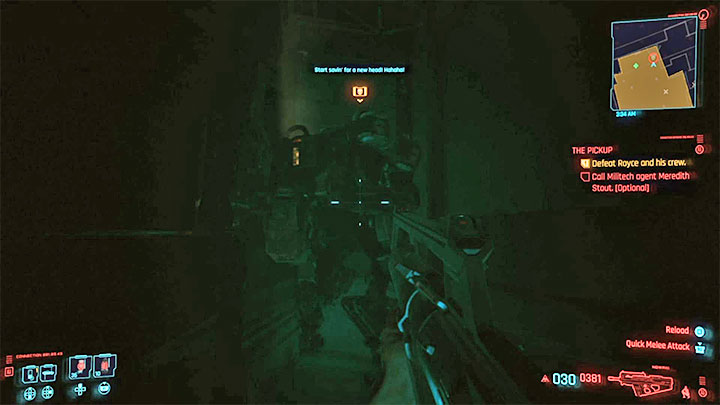 If you have managed to sabotage Royce's equipment the first time, you may decide to repeat that. However, this will only become possible after:

Sneak behind the boss's back again. The second stealth attack will be enough to deplete Royce's remaining 3/4 of his health bar. The fight will end immediately. 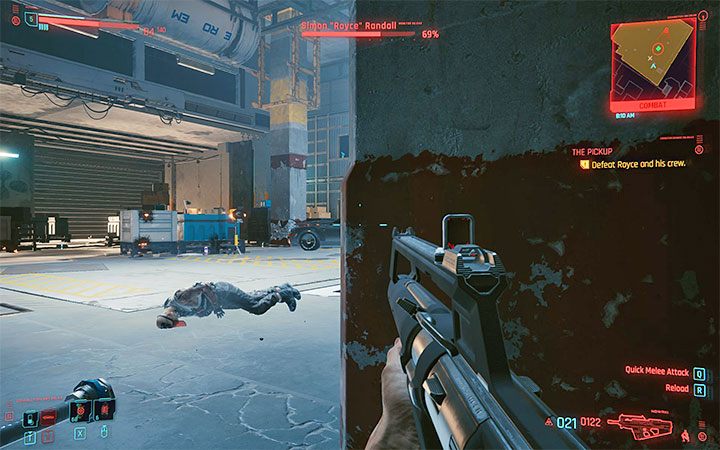 If you prefer to confront Royce directly, don't forget to deal with his minion quickly so that you can focus on the boss. Use the poles and other large objects in the form of a curtain and don't come out of hiding when the boss launches strong distance and area attacks. 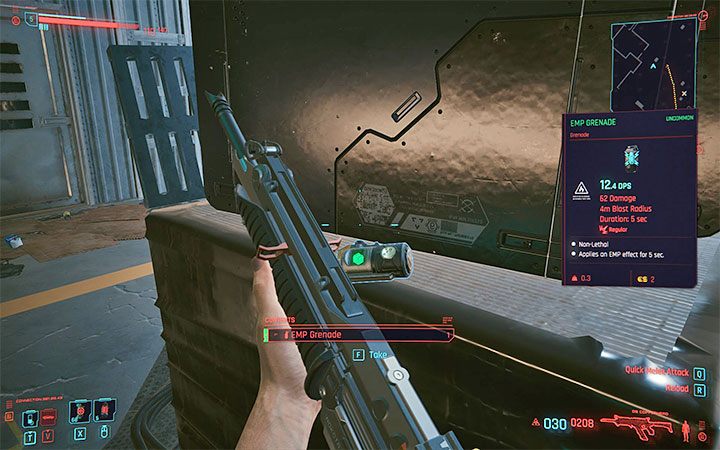 The boss is susceptible to electricity. This makes EMP grenades particularly effective – at least one grenade can be found in the same location where the battle takes place. 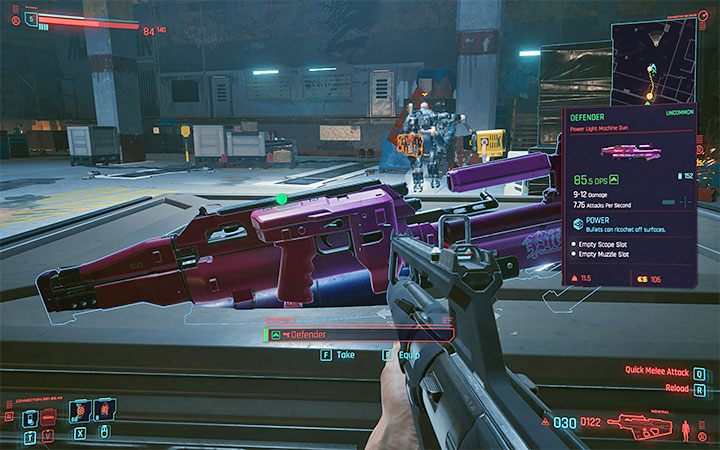 The LMG Defender rifle, which you can pick up from one of the metal crates, can also help you to weaken Royce. 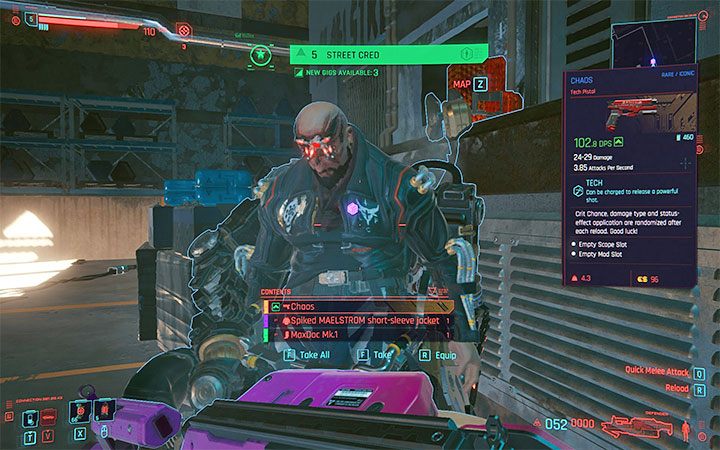 Don't forget to loot the his corpse after you've killed him. It should leave behind, among other things, the iconic Chaos pistol and an epic jacket – Spiked Maelstrom Short-sleeve Jacket.

You can also get the same items if you kill Royce during negotiations, i.e. when he's not using the power armor.