This page of the Cyberpunk 2077 guide has a set of information about Jackie Welles, one of V's companions. He can help the main character in selected main quests. You will find out who Jackie Welles is, when you meet him for the first time and how good of a companion Jackie is.

Jackie Welles – who is he? 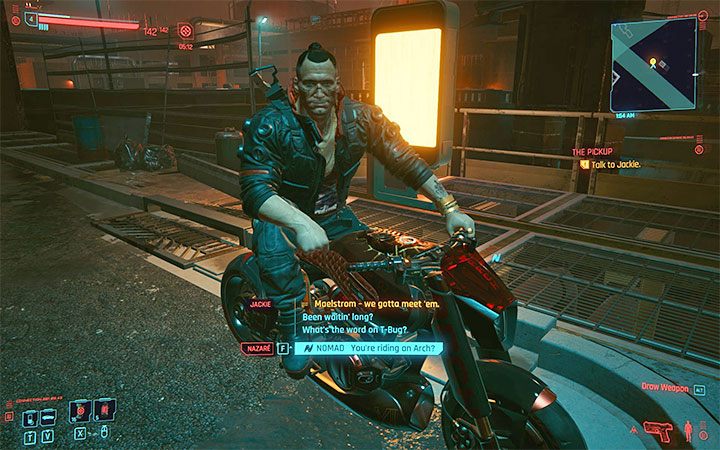 Jackie Welles is a man of Spanish descent and one of the more important NPCs appearing in Cyberpunk 2077. He was a former member of the Valentinos gang, the same one V befriends (in various circumstances – depending on the chosen life path).

V and Jackie work together during various missions in the first act of the campaign. Jackie's presence in quests is always pre-determined and you can't miss any chance to work together with him.

Jackie and V – the first meeting 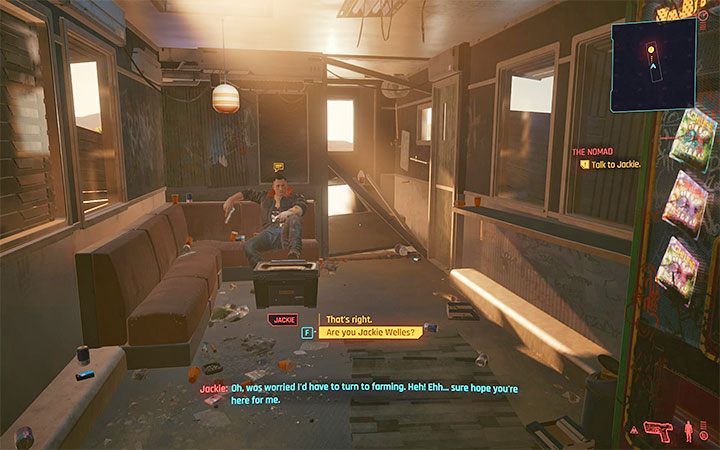 The moment of your first meeting with Jackie Welles depends on the chosen V's life path/origin:

If you have chosen the Nomad life path, Jackie will be your character's client. You will meet him in a building in the badlands and you will have to help him smuggle the cargo to Night City. 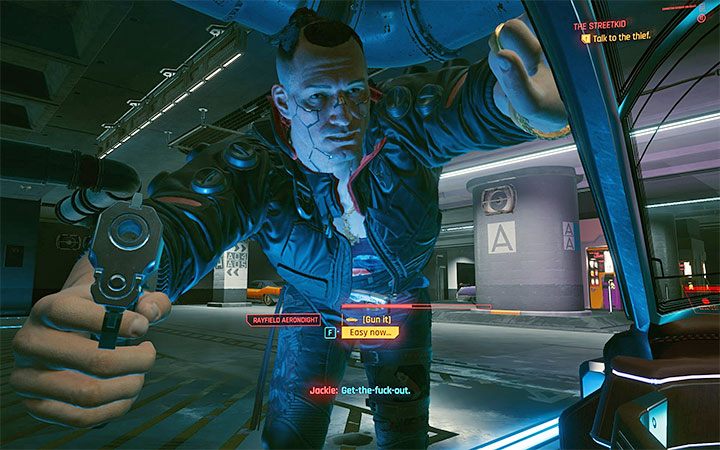 If you chose the Streetkid life path, you will meet Jack for the first time in a rather unpleasant situation - he will stop V when you are trying to steal a luxury car. The next events will force Jackie and V to start working together. 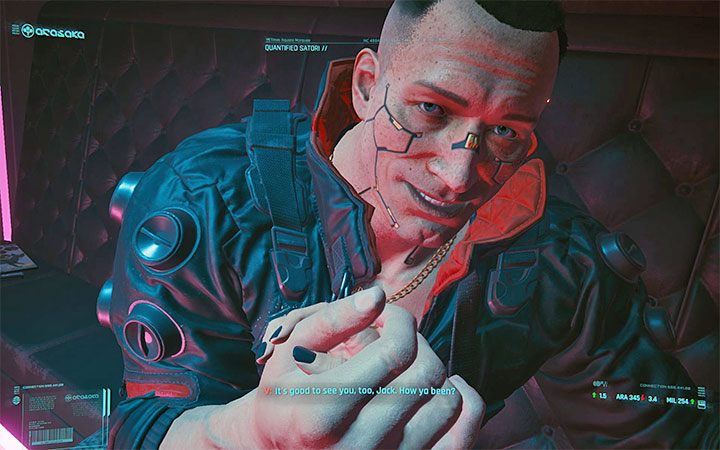 If you have chosen the Corp life path, then Jackie and V will already know each other when the game starts. Jackie will contact you for the first time in the Arasaka Tower. Then, you will meet him in person at Lizzie's Bar. 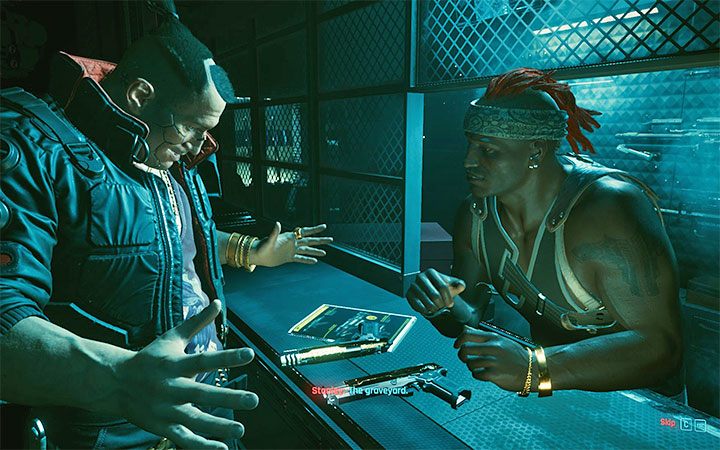 Regardless of the chosen origin, after completing the prologue, you will watch a cut-scene showing how the relationship between Jackie and V has developed over the next few months. Act 1 of the campaign will begin as soon as Jackie and V arrive at the place where they have to participate in a mission. 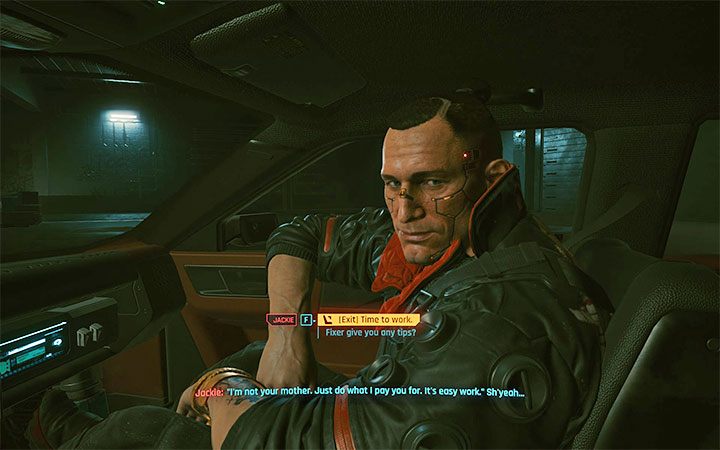 Jackie appears in pre-determined main quests. The heroes complete the mission together, traveling through the next related locations.

You can call Jack in-between the quests to have optional conversations – he is on the contact list. 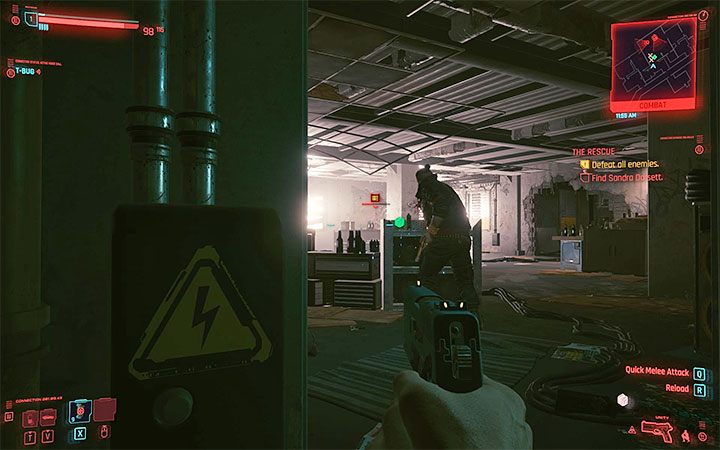 Jackie's presence in story quests shouldn't cause you any problems. If you want to sneak during a mission, Jackie will also stay hidden. If you start shooting, Jackie will support you.

You don't have to protect Jackie or worry about rescuing him. However, you can't give him any orders. He does all actions autonomously.

Jackie and V – can you romance? 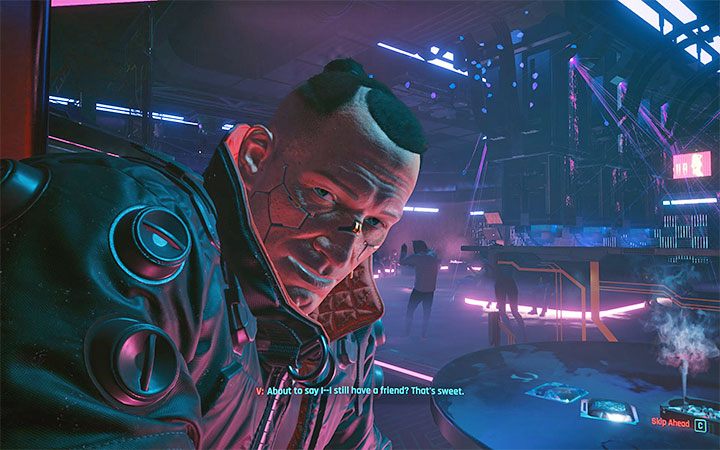 No, you can't romance Jackie. You can, however, become good friends. Many of the conversations with Jackie also give you the chance to ask questions about him or his passion for motorcycles.