This page of the guide to Cyberpunk 2077 informs whether the game contains profane content reserved for adult players only. This content includes, among other things, nudity, violence, sex scenes, drug use, or showing intimate parts of character models. 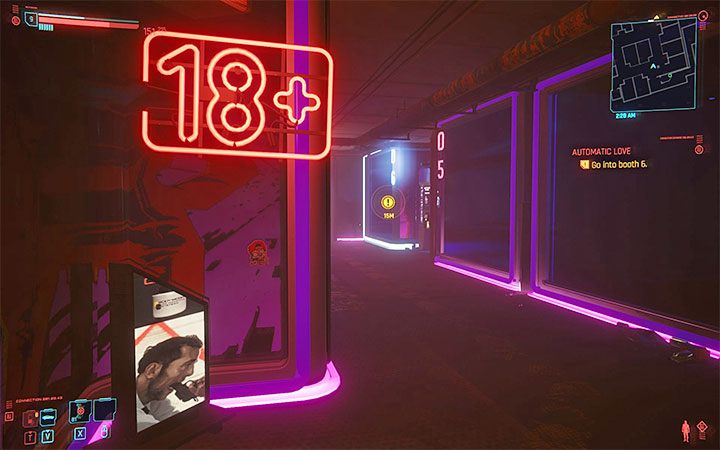 Yes, Cyberpunk 2077 will contain many elements unsuitable for underage players. The only valid age category for this game is +18. This is caused by many factors:

Nudity isn't censored. Moreover, genitals and intimate parts of the characters will be visible. Cyberpunk 2077 does not censor or conceal any body parts in the character creator or in the right game.

The game discusses topics of sex change and sexual orientation. This also applies to the main character - it is possible, for example, to play a character with a female body and with a penis. 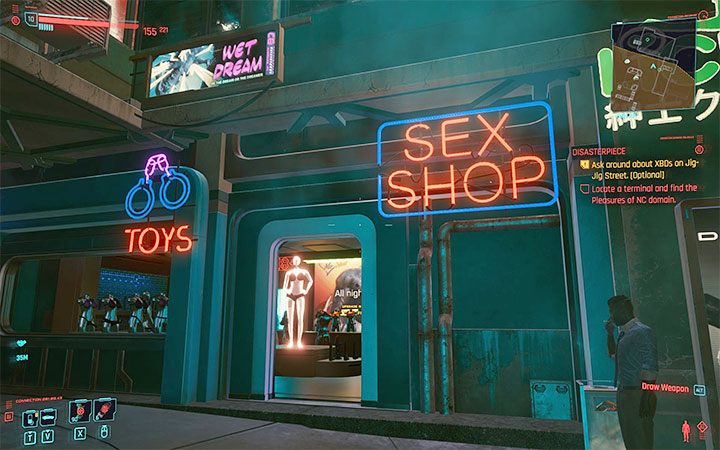 Our character can visit brothels and use the services of sex workers. Separate sex scenes have been prepared for interaction with them.

There will be numerous sexual allusions and overtones in conversations and various scenes in the game. In addition, the player will be able to witness, e.g. overt sexualization of characters or their sexual exploitation.

There are sex shops in the game world. It is possible to see its content, as well as to buy items from their offer. 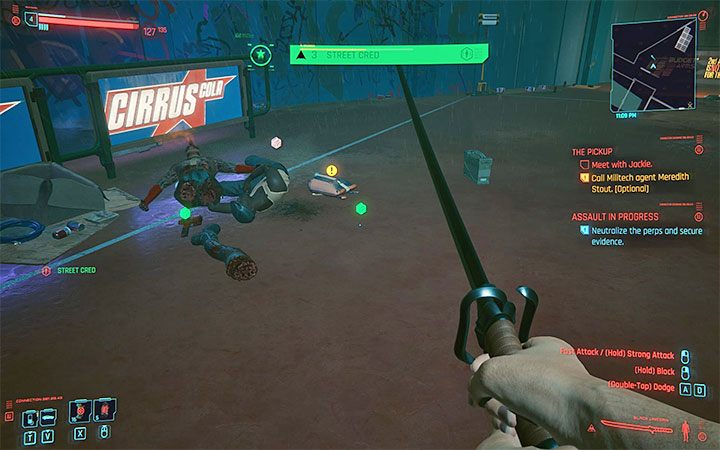 The game will be full of profanity and violent scenes. Violence is shown in a realistic way.

The wounds on the bodies of the characters will be shown in a realistic way, and there will also be blood. You can witness, for example, bodies being torn apart after the grenade explosion. In addition, the game will depict the problem of self-harm by people with mental problems.

The player will witness suicides performed by NPCs. 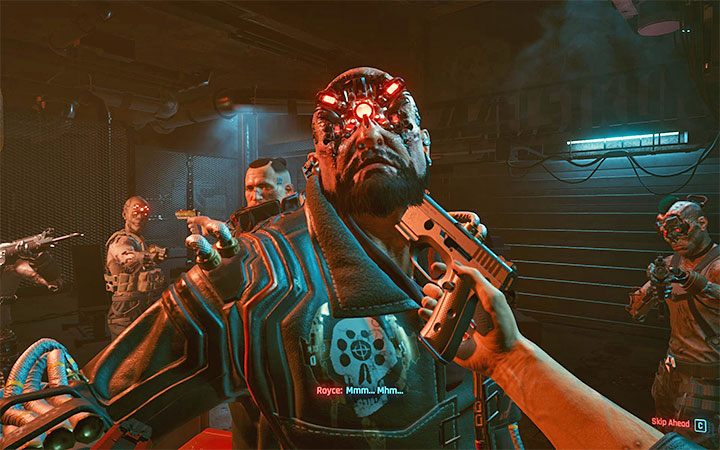 During the game, you will have to deal with gangs and crime. Our character will be able to work with some of these organizations and fulfill orders for them.

It will be possible to violate the law by committing thefts, robberies, or murders (including innocent residents of Night City). It should be noted, that this type of behavior will be met with a reaction from local law enforcement officers.

Night City will have a filthy, depressing atmosphere. The authors don't intend to create an ideal world of the future where people are free from daily problems.

The game will feature drugs and all sorts of items and substances associated with addictions. They are, of course, available for the character as disposable items that can affect (positively or negatively) V.

The game will features themes of politics and religion. The authors want to create a world similar to what can happen in the near future meaning that some of the existing political or religious systems can be slightly modified to fit the in-game world.

Censorship - is the game censored? 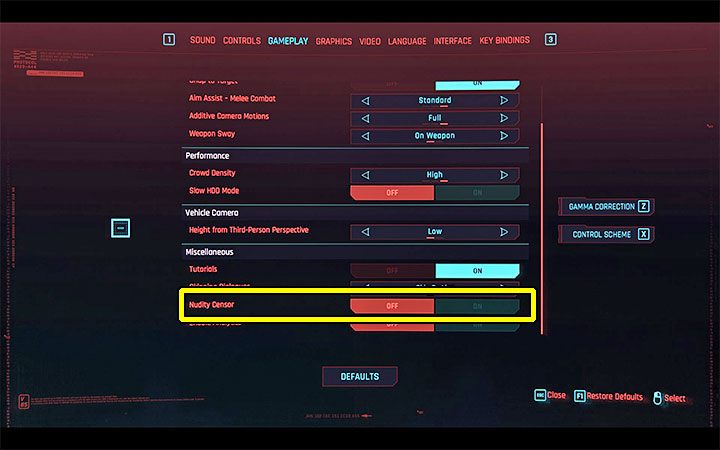 No, Cyberpunk 2077 is available in all markets in a non-censored version. This means that players from all over the world get the game with identical content. Cyberpunk 2077 is of course sold with the age category +18 meaning that it is a product intended for adults only.

There is an option to turn off nudity in the game. It is located in the Gameplay tab and is disabled by default.