This page of our Cyberpunk 2077 guide contains basic information about missions and our walkthroughs. This part of the guide will tell you how the tasks work and how to acquire them. In the nearest future, this section will receive updates regarding the available quests.

Are the tasks divided into side quests and story quests?

Quests in Cyberpunk 2077 are divided into main and side missions, though the differences are less obvious than in many other RPGs. The quests won't be built on the principle of simple paths branching out with choices that don't affect each other directly. Instead, we will get something like a main thread, from which individual branches will depart and split into subsequent branches. Some branches can connect with each other and overlap thus leading to different closures.

Can you fail a quest?

You can fail a section or a whole quest, this affects the story and your relations with encountered characters.

Are the quests performed in one specific way?

No. Missions can be completed in a variety of ways. You can find a different route to your objective, kill opponents silently or engage in an all-out firefight. Our Cyberpunk 2077 guide contains all available paths for every task.

How to unlock missions?

To encounter mission givers and activities, you need to explore the world of the game. This means that some activities can lead to unlocking additional tasks.

The tasks are received from various characters encountered during the game, or through SMS.

Does the game contain notice boards?

No, the game does not contain any notice boards similar to those encountered in The Witcher 3.

Can I finish the game without completing all side quests?

As can easily be imagined, yes. However, you'll miss out on a lot of content prepared by the developers. In addition, skipping additional quests can slow down the development of the character, making later story missions more difficult. 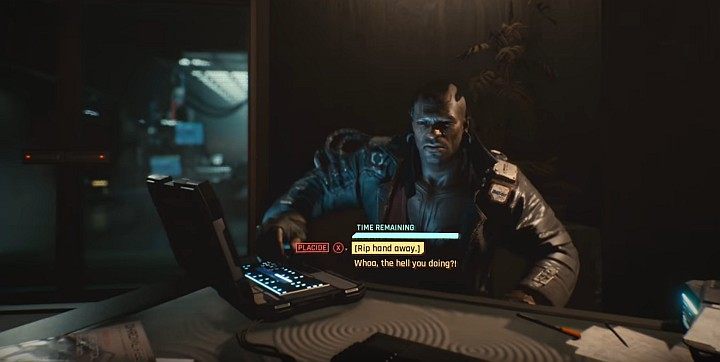 During the meetings with NPC, you can notice some unique dialog options. They fall into three main categories: