This page of the Cyberpunk 2077 game guide contains a list of the available mini-games. You will learn when mini-games can be started and whether they are always available to play. You will also find out if Cyberpunk 2077 offers an equivalent to Gwent known from The Witcher series. 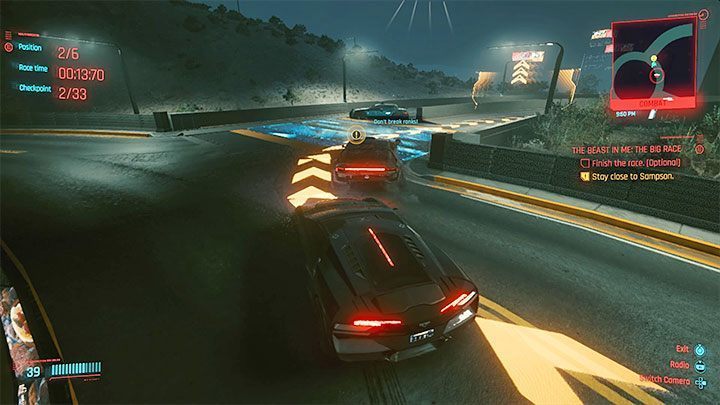 The races in Night City are linked to a side questline called The Beast In Me, given by Claire Russell. You will have to participate in three qualifying races and one final race. It is worth noting at this point that the last race has two different endings and the better option to choose is the one where you opt out of participating in the race further.

3 out of 4 races take place in different city neighborhoods, while one takes place in the Badlands and is "enriched" with a sandstorm. In each race, you can use either Claire's car or one V's vehicles. This does not really affect or increase your chances of winning the race.

Race participants may attack each other, although this has no significant effect on the way the race plays out. In each of the races, V's job is solely to drive the car and pass through all the checkpoints. Claire, who always sits in the passenger seat, takes care of any possible shootouts with other cars.

Winning a race is rewarded with credits, and you can get more credits if you finish it first. Additionally, if you want to take part in the final race of The Beast In Me, you must finish all 3 qualifying races on the podium. If you complete the race questline skillfully, you may be able to get even two free cars - Claire's vehicle and the sports car of one of the final race participants. 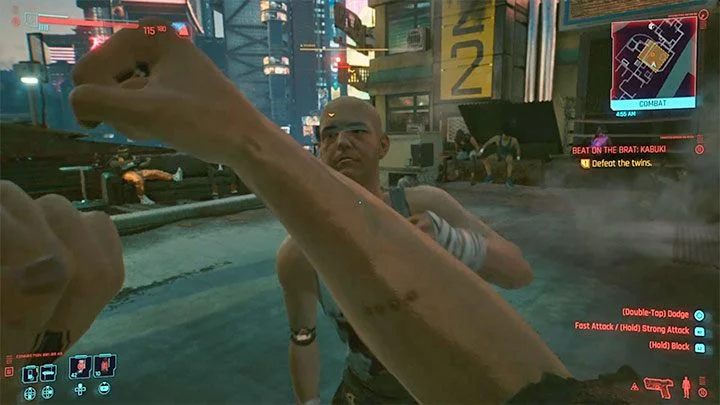 The fist fights are related to the Beat on the Brat questline and V can learn about them from coach Fred. V can then receive information about fights organized in different parts of the city. The fight participants put money on the line and the winner of the fight takes it all.

It is important to note that during fist fights it is prohibited to use any firearms, melee weapons, gadgets (e.g. grenades) and manually activated healing items. In duels, however, it is allowed to use cyberware (e.g. Gorilla Arms which increase boxing damage) as well as tactics which (slowly) automatically regenerate lost health points.

There are a maximum of 6 boxing matches to play. V must first win the four "ordinary" fights - this opens up the possibility of entering the grand finale. There is also one optional battle which isn't required to qualify to the finale and which can be taken care of at the very end, for instance.

You can retry most fights if you lose, although defeat will cost you credits. The exception is the final battle, which can only be played once. The last major duel has two endings - beating a (very) strong final opponent is not the only option, because V can also deliberately tank himself and lose. This will allow you to earn more credits (at the cost of fewer reputation points). 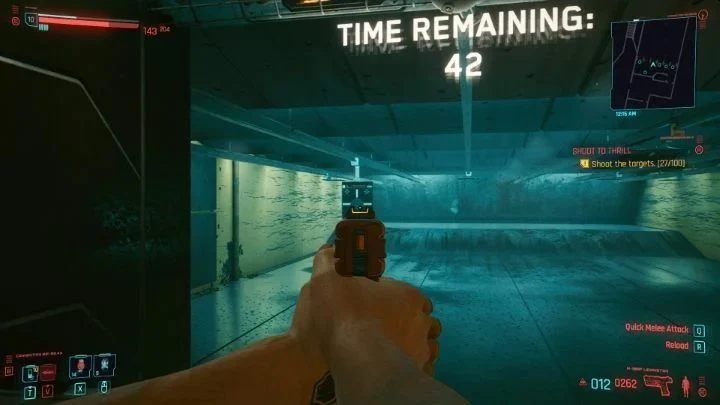 In Cyberpunk 2077, it is possible to join target range tournaments. They involve using firearms to shoot down targets. V's task is to take as many accurate shots as possible within the allotted time limit.

There are two different, completely independent side quests associated with target range competitions. In the Shoot to Thrill quest the main character can join the competition held at the shooting range. In the competition, you can shoot all targets, not just those in front of V. Getting a high score and winning the mini-game is rewarded with a unique gun that cannot be earned otherwise.

The quest Stadium Love takes place in Rancho Coronado. What makes this quest more difficult is the mandatory alcohol consumption between shooting rounds. This can seriously hinder your ability to score the required number of points. The reward in the quest is an iconic weapon, but if you fail the tournament, you can reject all honor and simply kill everyone in the quest location.

Both shooting range tournaments force you to use a specific type of firearm, but you can choose what model you want. It's best to bring guns with high rate of fire and a sizeable clip. 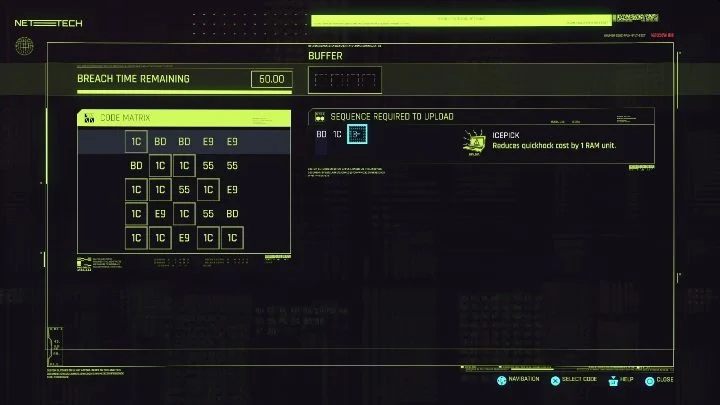 "Simple" hacking in Cyberpunk 2077 is completely automated and it only requires targeting an object/character in the scanning mode and using a certain amount of RAM. The hacking mini-game only turns on for more advanced hacking attempts.

The hacking mini-game is called Breach Protocol. It involves finding code sequences based on the ones given on the screen. Meanwhile, V must race against the clock. The mini-game may be additionally complicated by the limited buffer capacity, which may prevent you from doing everything you planned.

In the hacking mini-game, V can use different varieties of hacking software called Daemons. Initially, V only has one daemon, but you can unlock more along with your progress in the game.

As you progress through the campaign, you'll probably play the mini-game at least a few dozen times under different circumstances. Completing this mini-game may give you various rewards, primarily credits and components for crafting hacks. Attempting Breach Protocol may also be related to certain quest objectives.

Does a Gwent equivalent appear in Cyberpunk 2077? 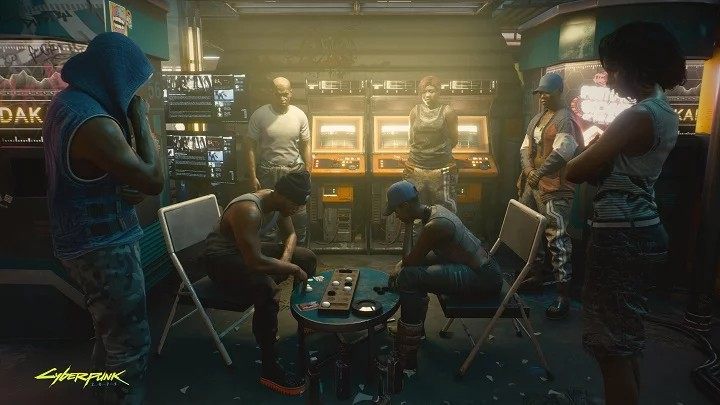 Unfortunately no, Gwent (from The Witcher series) or any other card game does not appear in Cyberpunk 2077 . As you progress through the campaign, you may encounter characters who play with each other, but you cannot join them.

One can only hope that some sort of a larger and similar mini-game will be added later, perhaps along with one of the story DLCs to Cyberpunk 2077.