This page of our guide to Cyberpunk 2077 contains basic information about the map, secrets and world exploration. This page will receive updates as the new information will appear.

Can I start exploring the world right away?

You can explore the entire game world right from the beginning. However, remember that the game does not offer level-scaling. This means that if you enter a high-level location, the enemies can turn out to be too powerful, killing with a single shot/attack.

Are there any question marks?

Yes, some places in Cyberpunk 2077 are marked with a question mark. They work in a similar way, e.g. to The Witcher 3. Reach these markers to find out what is behind them  it can be, for example, a quest location, or a place unique loot.

How many districts are in the game?

The game's world is divided into large districts. However, there are no loadings when you move from one to another. The game has 6 districts + Badlands.

Ways of traveling around the world 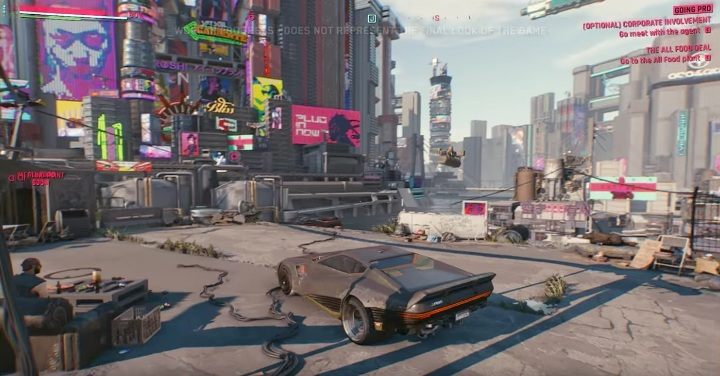 You can move on foot, by car, motorcycle, or use a fast travel option. Water vehicles or planes are not usable (outside some missions).

Can I reach a specific place only by following a single path?

In Cyberpunk 2077, you can move freely around the world and look for different solutions. The goal can be reached in several ways, it depends on your skills and playstyle.

Does Cyberpunk 2077 have a detective mode?

The game has an option to scan the environment. Its idea is similar to the detective mode (Witcher senses) in The Witcher 3, because it is used for finding tracks and interactive objects. Environmental analysis will only be available with appropriate eye implants.

Do all the characters speak the same language?

No, even if you choose a specific language version of the game (e.g. English), not all characters will speak this language. This can lead to problems with understanding what some NPCs want to tell us or what they want from us.

At the beginning of the game, our character will have a basic version of the portable translator. It will help you in translating some of the popular languages in Night City (e.g. Spanish and Japanese). The game will allow you to install translator improvements to learn more languages and rarer dialects (e.g. Creole).

Factions available in the game

The game has several factions. 6th Street, Animals, Maelstrom, Moxes, Tyger Claw, Valentinos, and Voodoo Boys are confirmed to be in the game. More information about the factions in a separate chapter.

Cyberpunk 2077 offers the players a garage. You can use it to store vehicles you like and use them whenever you want.

Mini-map and full map of the city 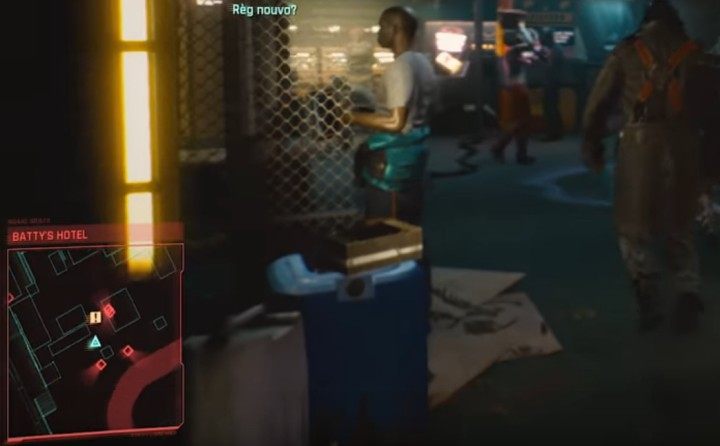 In Cyberpunk 2077, you can make traversing Night City easier by using two types of maps. The mini-map is always displayed in the bottom left corner of the screen. Thanks to it, you can, for example, plan your route or find other characters. In addition, you can also access the city map which allows you to plan further expeditions and use the fast travel option.

Is the environment destructible? 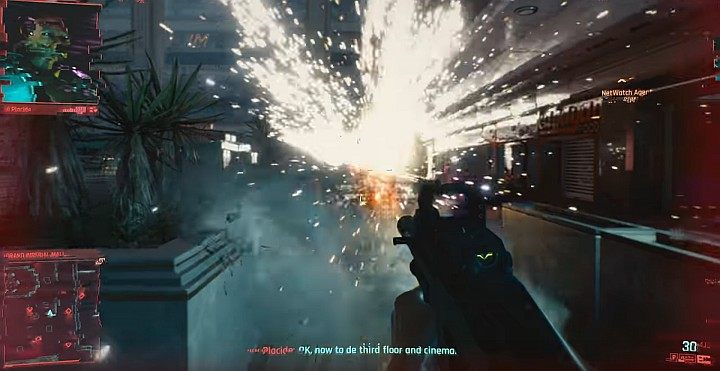